I try not to get sick of winter until April, or at least March at the earliest. 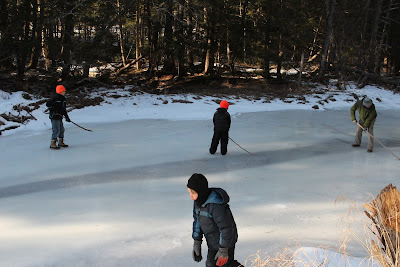 But this year, it's hard to hold my weariness at bay. 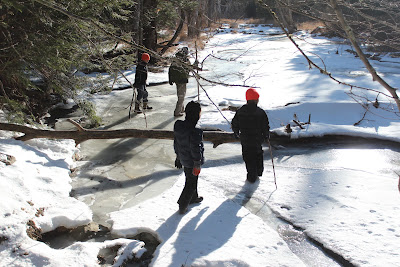 Maybe it's the weather––weeks of zero degrees punctuated by fifty-degree previews of mud season. 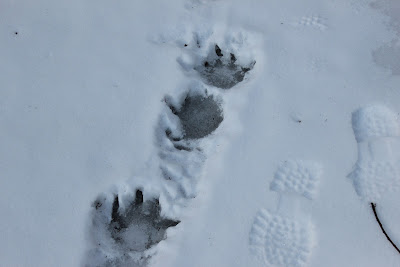 Maybe it's the muddy patches of melted snow, which make cross-country skiing or snow-shoeing redundant. 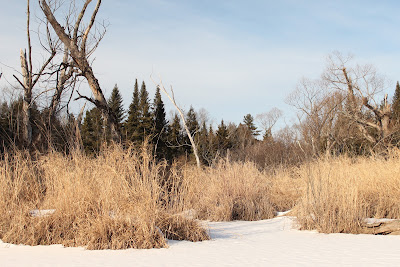 Maybe it's the body aches from too much time spent indoors, sitting. 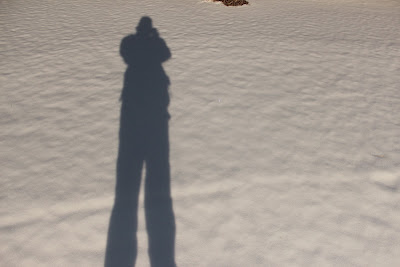 Whatever it is, my world is blanketed by a monochromatic quilt of monotony. 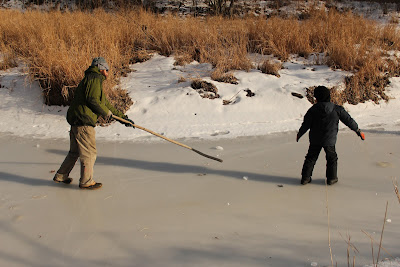 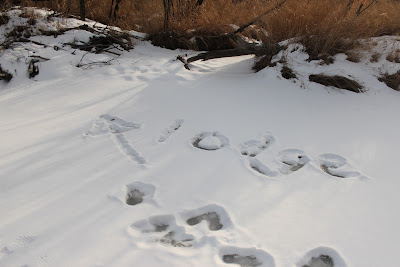 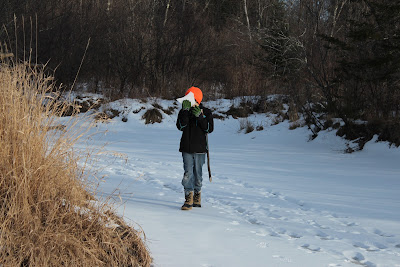 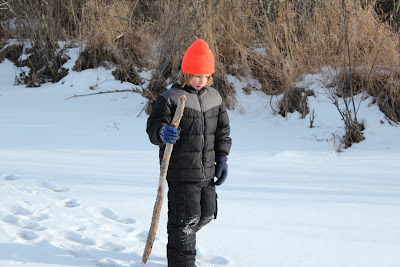 Same old drive in the same cold car to the same old job. 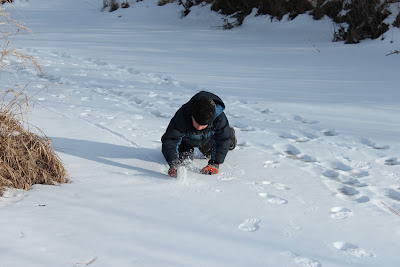 Same old stories that don't show any inclination to write themselves. 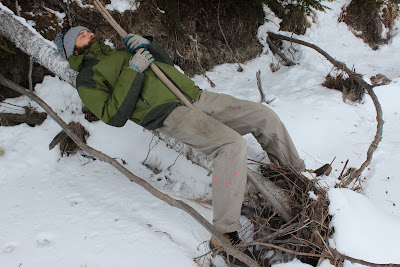 I feel like every blog post I can make for the next three months, possibly the rest of my life, will read, "It was cold. We walked to the river. Then I spent the rest of the weekend wrangling recalcitrant words into imperfect sentences." 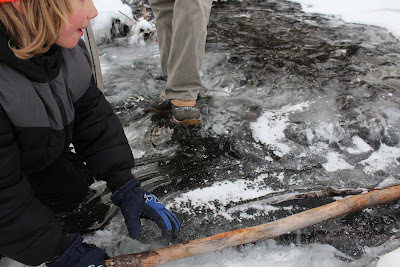 Which is pretty much how this weekend went. Saturday, we walked down to the river. The boys played hockey. I minced along on the ice, no longer afraid of falling through––last weekend's Arctic air ensured a solid footing, although there were still a few spots of open water and/or rotten ice––but instead falling and breaking my head (or, worse, my camera) on the ice laid bare by a week of wind. 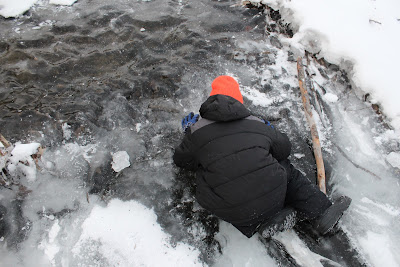 I tried writing in my nature journal, but my hand (and my butt––I was sitting in the snow) got too cold. Z built "Indian huts" in the tall grasses along the meander part of the river and he and I poked around in some dense firs where snowshoe hares must den, judging by the tracks and "rabbit drips." We looked down into water percolating beneath black frozen ripples flowing over a beaver dam. 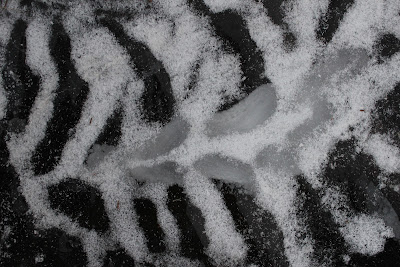 Sunday, I threw the boys out but spent the day indoors myself, reading and writing and trying to make sense of a pile of critiques, all the while thinking I should get out, but not feeling really motivated to take on the cold and wind. 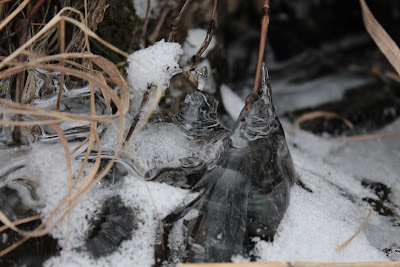 For the next few weeks, or months, I expect more of the same.

How about you? How do you keep the winter blues at bay?
Posted by Andrea at 3:18 PM