Out With the Old

I bought my sewing machine from my aunt for $25 about 19 years ago. It had been my grandmother's originally (I still have the manual, on which is written in my grandmother's spidery cursive "Bought October 1978"), and that allowed me to forgive its many faults and foibles. I'll never possess my grandmother's sewing skills and if it was good enough for her, it should be good enough for me. And then a couple of years ago ago my aunt asked me if I was still using the same machine. "Mom hated that machine," she said, and had bought a different one not long after. That put a different spin on my sentimental attachment to it, but I kept motoring along with it for a few more years. 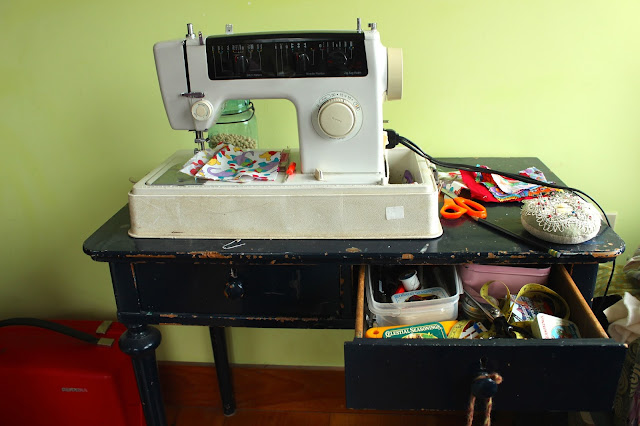 The last few times I used it, though, the bobbin-jamming issue that had always plagued it became almost constant. And then E and I decided to make M some bean bags a few of weeks ago (M is learned to juggle in PE and needed some beanbags so he could show off his mad skillz), and the thread just went on a tangled mess. I suppose I could have taken it in to get serviced and eaked out a few more years of service, but I'd had it. I went into a sewing machine shop, but they weren't interested in talking to me about used machines, and I wasn't interested in buying a new one (they cost as much as I paid for my car!), so I went online and bid on my very first ever eBay auction. The box came last week (much to Z's delight--I think he's part cat). 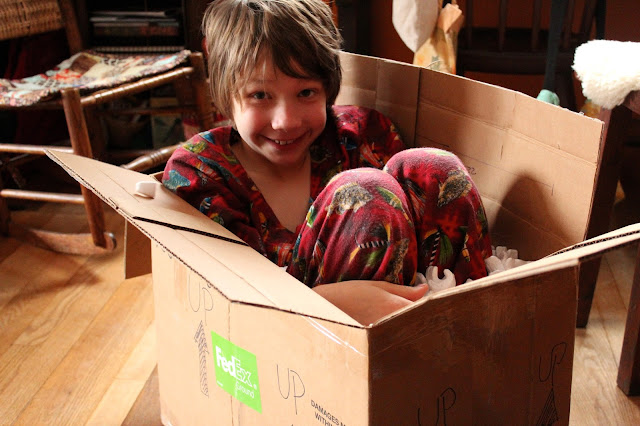 And I set it up Saturday morning. It's the same model my mom bought back when I was a kid (and probably the same age; possibly even older than my own machine). I found a copy of the manual online and got it up and running. Once I figured out what all of the buttons and dials do, it worked beautifully. Its first project was those beanbags, finally, and the second was a curtain for the "new" bathroom. I even figured out the blind hemmer function. I had to order a new cord/foot pedal (the one it came with had been damaged and repaired in a way that didn't look exactly safe) and lightbulb, but otherwise it's as good as (almost) new. 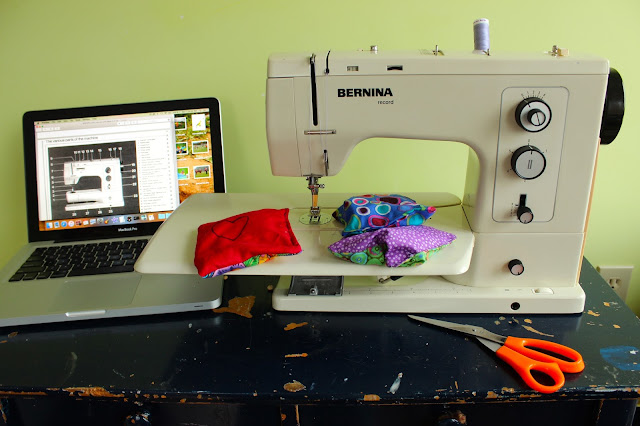 I used the opportunity to tidy up the drawers on my sewing table and get all ready for the projects I've been putting off due to machine frustration. 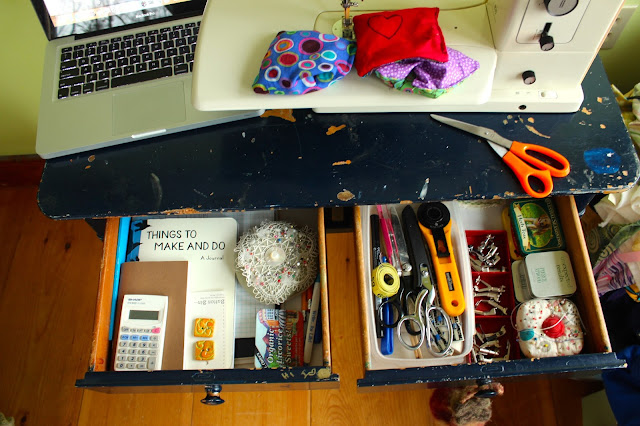