There's really nothing "New Year's" about this hat, except that I started it last November (as in 2016) and it's the only thing I knitted in all of 2017 and I was determined to finish it before the year was out. That would have happened, except that I ripped out and re-knitted the ribbing four times, at first because I was afraid it would be way too big and then because it ended up too small. As you can imagine, each of these episodes resulted in a mess of dropped and twisted stitches which had to be rescued and repaired. 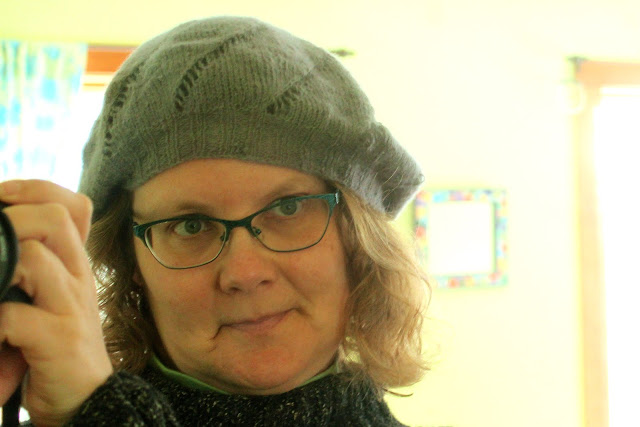 I finally wrapped up the last of the four ribbing re-dos and the end weaving in just shy of midnight last night. In the end it came out a little too big, but I'm not doing it again. Goodbye to the last project of 2016, the first project of 2018 and the only project of 2017. 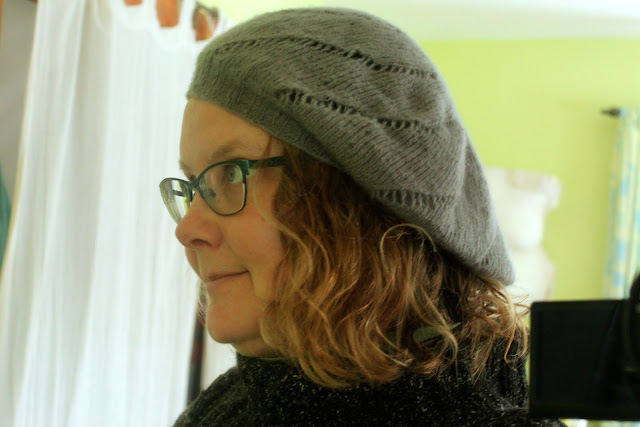 The only reason the hat took so darn long was because it was made of tiny yarn on tiny needles…and because I spent an awful lot of time not knitting…because of said tiny yarn and tiny needles and because of all those very long rounds of stockinette with nothing to break it up but YOs and K2togs. Next project will be made with thick yarn on big needles and a little more exciting action. 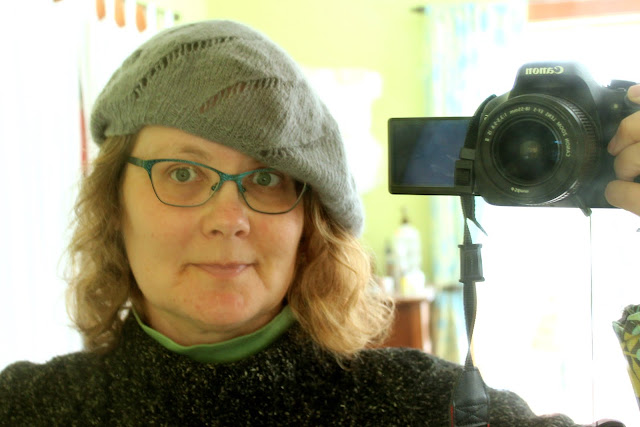 It's also a bit too cold for a thin, cashmere hat right now. But I can wear it inside for now, and I'll say this for the hat: it's versatile—it can be worn as a slouchy hat, as a tam-o-shanter, a jaunty beret, or a shower cap. 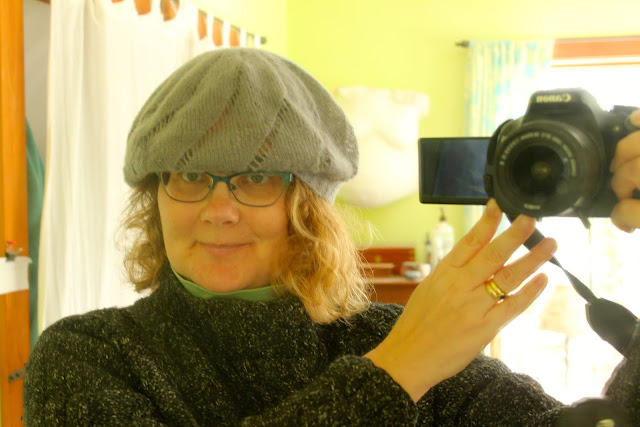 Pattern notes on my Ravelry page.
Posted by Andrea at 11:03 AM