Of My Very Own

Check out what C got me for my birthday: 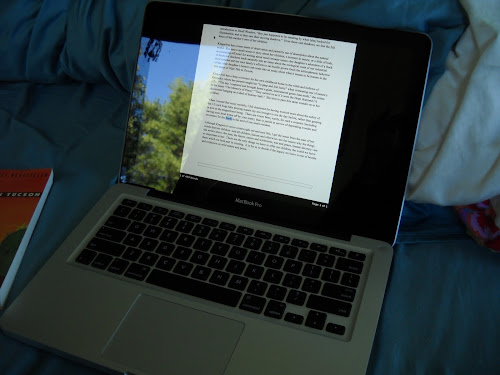 It came a few days after the actual event, in a big, unmarked box. “Is it a laptop?” I joked as I peeled away packing tape.

“I guess it would have an apple with a bite out of it on the box if it was.”

“Circle with a line through it ‘dell,’” I said.

By then I had gotten through the outer box to the inner one and saw the apple with a bite out of it.

I admit I got a little weepy. Then I chided myself for getting weepy over a material object. But really, it was because C knew what I really wanted and gave it to me. I’ve been saving up for my own computer for almost 30 years (truly, I started my first computer fund in a toffee tin when I was in 3rd grade. Of course, back then my handful of coins and $2 bills were heading toward an Apple IIe or a Commodore 64). All the computers C and I have had have either been hand-me-downs or, in the case of the most recent two, purchased for his work. In every case, he’s taken the interest to set them up, configure them to his preferences. I use a computer eight hours a day, five days a week, so it’s generally the last thing I want to do when I get home at night. Until now.

At first there was nothing much I could do with my new computer. It didn’t come loaded with any useful software and I couldn’t connect to the Internet (we use C’s Blackberry as an external modem--we didn’t run cable to our house when we built it and by the time DSL reaches our neck of the woods it will have been replaced by some other technology, like teletransporting oneself to an Internet cafe--and the software disk he had didn’t work). I could mix music tracks, play chess or take pictures of myself like this: 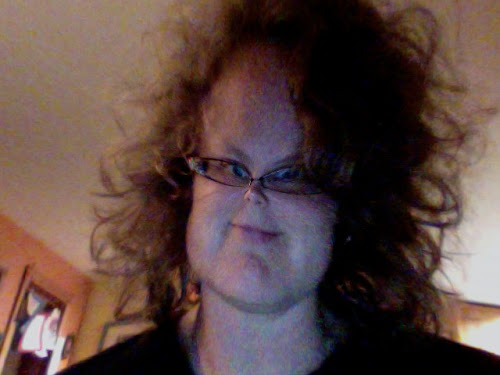 (Believe me I did that for a good solid hour). I realized that I still think of a computer as a fancy typewriter while for the rest of the world views it as a multimedia experience...a really expensive toy. Now we’re one of those families with more chargers than people: C’s Blackberry and Bluetooth, my cellphone (which I use mainly as a really expensive alarm clock), both laptops, plus a variety of battery chargers.

That weekend I found my way to a wi-fi location and downloaded a trial copy of iWork. I still haven’t solved my internet connection, but I can type!!

I even made it its own cozy. 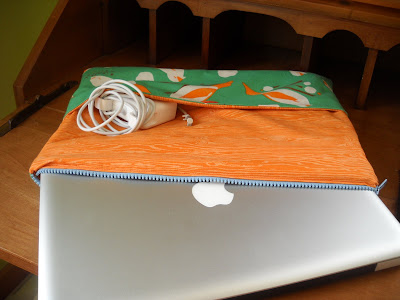 I was going to make a bag, but when I looked around on the Internet for ideas, I saw that the laptop sleeve is the done thing. Since I already have a messenger bag, it made sense. Plus I didn’t have to fiddle around with straps. 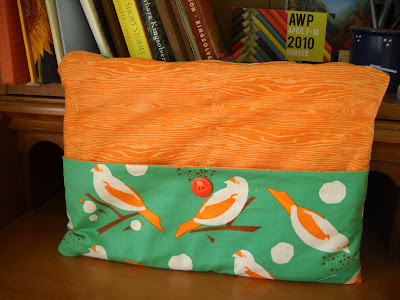 Even though it's tiny, the computer doesn’t fit inside my desk with the door closed because there are pigeon holes in there, but it fits nicely on the shelf. Now nothing is standing between me and a bestseller. 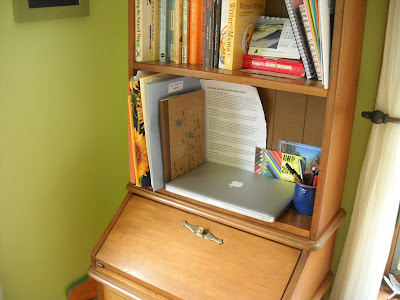