Back in May, when we hiked to a little beach during our Hermit Island camping adventure, we found a bottle with a message in it. A lobsterman hauling traps had tossed the bottle out from Vinalhaven, Maine (and island off the coast of Rockland, up the coast from--i.e. downeast of--Hermit Island) the previous October. He wrote on the note, "If found call, if found shortly, please send jug back over and sign it yourself." 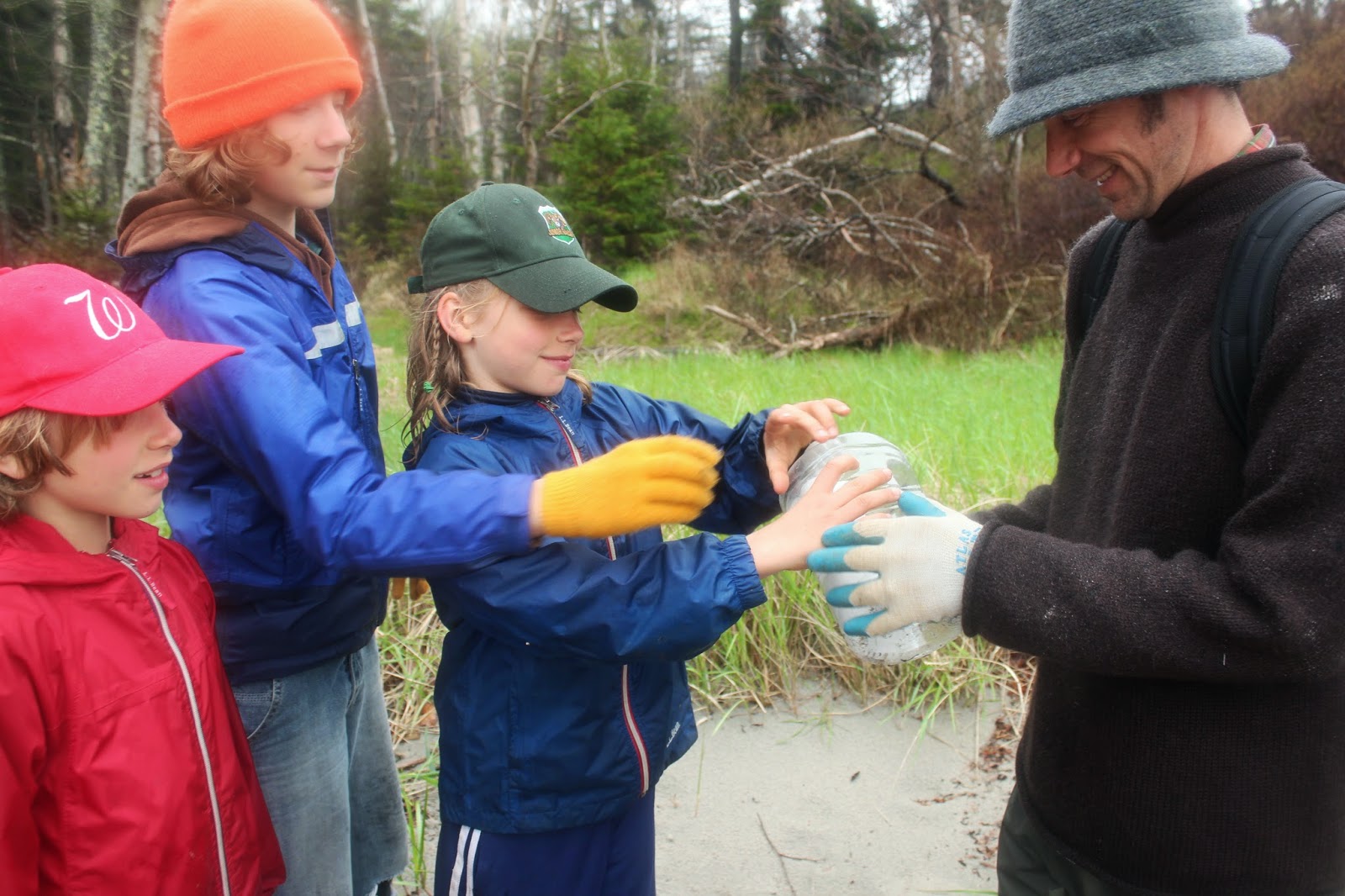 I'm sorry to say, we never did call our lobsterman, but we did sign the note and send it "back over." We expected it to toss about in the waves for a while and wash back on the beach, for us to find next May. So imagine my surprise when I got a phone call Saturday evening from Yarmouth, Nova Scotia,  where a very friendly man, his wife, and his granddaughter found the bottle that very day! After chatting for a while with him and encouraging him to yes, indeed, send the bottle back out with another note, I said to my family, "You'll never believe who that was!" They were as astonished as I, and C dug around in a big grocery sack full of maps that we keep in some corner of the basement until he came up with one that depicts Maine and the Maritimes. 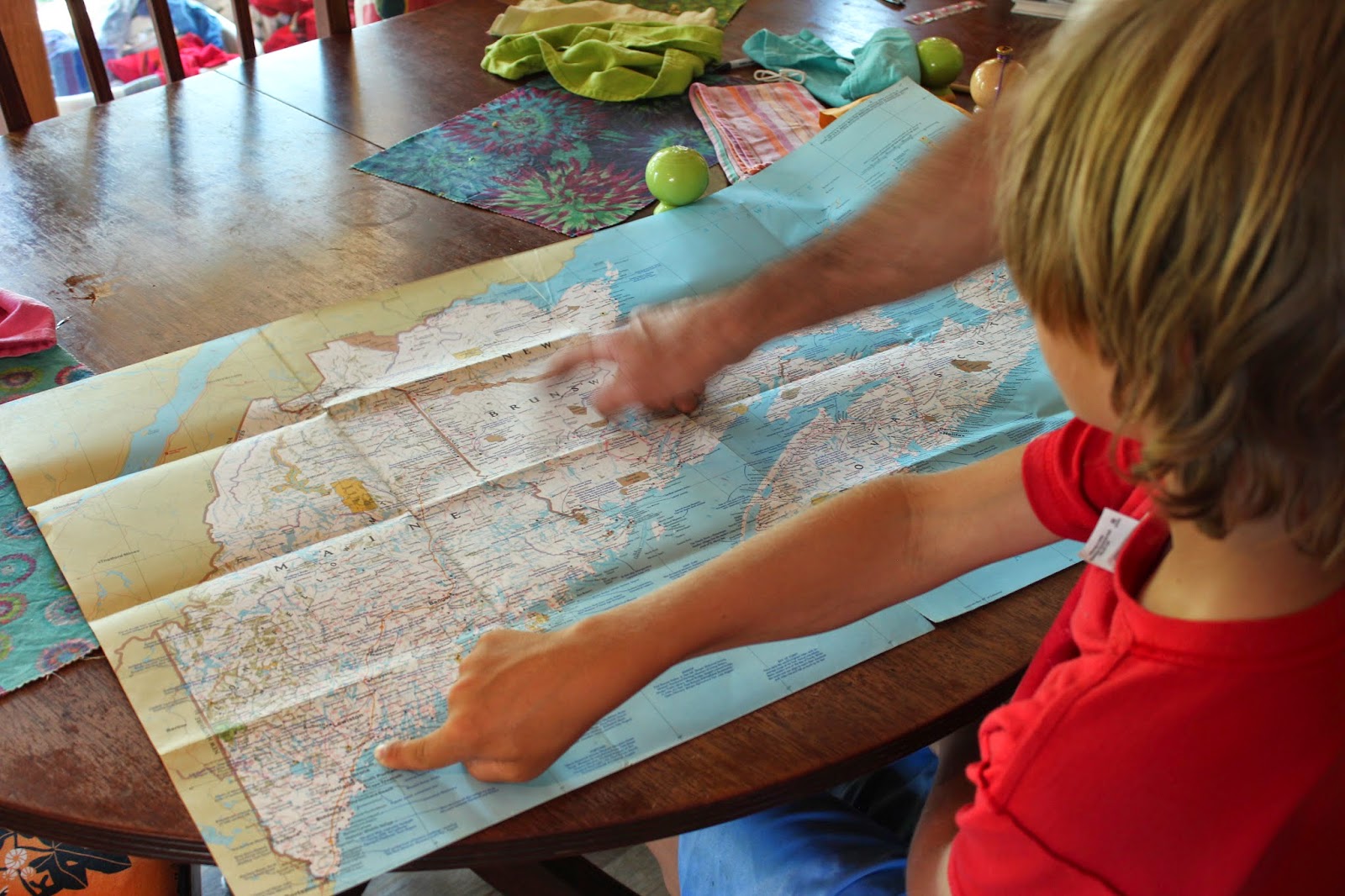 It turns out that, at least in this map's projection, Yarmouth, Nova Scotia is nearly due east of of where we launched our bottle, a fact that I can barely wrap my brain around (E is pointing to Hermit Island; Yarmouth is about where his forearm crosses the peninsula; disregard C pointing at New Brunswick).

Our new Nova Scotian friend thinks the recent hurricane carried the bottle from us to them. We tried to imagine what the trip would be like in a kayak (impossible!). Maybe we'll have to take the ferry over and see the route our little bottle took across the water. I wonder where it will go next!
Posted by Andrea at 7:00 PM

Email ThisBlogThis!Share to TwitterShare to FacebookShare to Pinterest
Labels: message in a bottle