I woke up super early Saturday morning, and, after working on some homework, I went for a walk in the woods with a pair of binoculars (in my pajamas). I didn't end up looking at any birds, other than a couple of song sparrows hopping on a downed willow tree in the river, but just walked and listened, in a sort of sleepy daze. When I got back to the house, I switched binocs for camera, and documented a bit of the excitement going on in our yard right now. 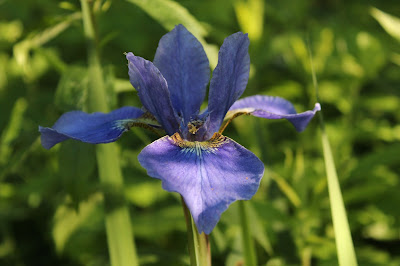 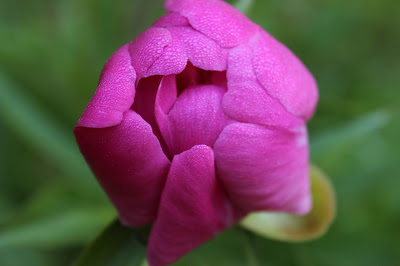 Peas! C likes to brag tell the story that he was making maple syrup one weekend, and planting the garden the next. It's true––I thought he was crazy planting peas the first week of April, but now they're almost as tall as me. 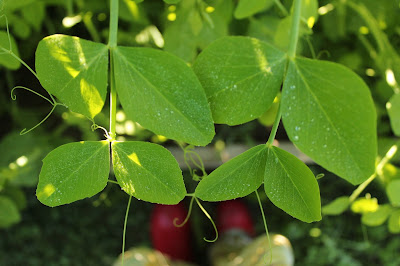 And blooming! After a day of sunshine, this lonely blossom had lots of friends. 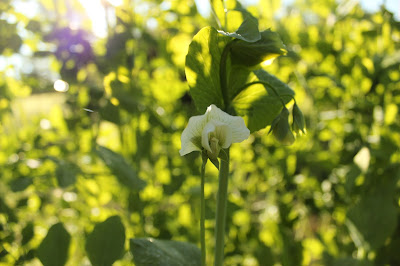 M had his last baseball game Saturday. It was a playoff and they lost. I have to admit to traiterous relief. E and Z have two more games this week, then maybe our life will start to get back to normal, although I don't expect it to really calm down until the kids all go off to college I get back from Ireland. 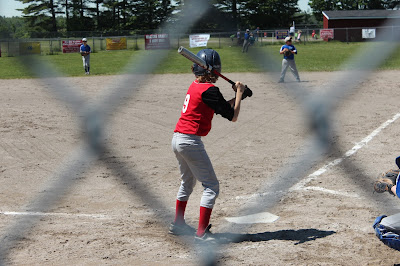 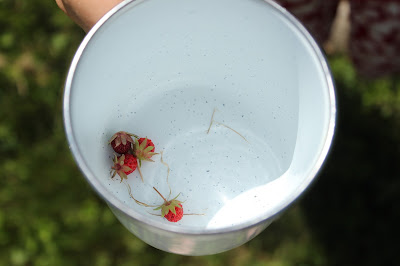 In the afternoon, we went to the neighbor's field and picked wild strawberries. 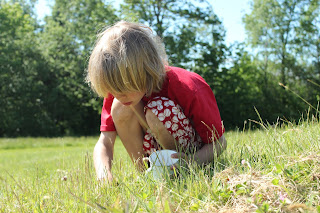 Which are small, but so perfectly sweet and tart and so very strawberry that they're absolutely worth crawling about in the grass in search of them. 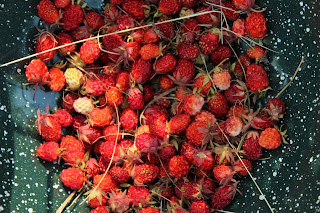 We've had so much rain over the last month or so, that I just felt compelled to walk around barefoot in the sun taking pictures of things. My lazy garden has come alive with divine-smelling bearded iris. 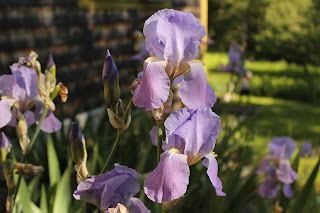 And poppies. I adore poppies. They remind me of the old lady who lived next door to us when I was little, Mrs. Birch, and of my grandmother. They grew all around the town she lived in high in the Rocky Mountains (rumor had it that it was so cold there, nothing else would grow). 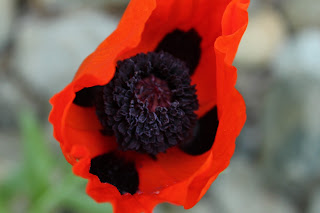 As the day wore on, and after I got a reasonable amount of housework done (by paying E $2.50 to vacuum and mop), I felt a little projecty, so I threw together a little fabric banner, like this and hung it on the playhouse. 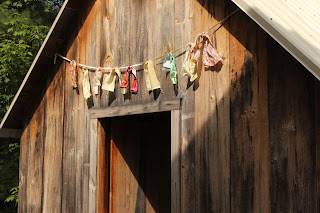 For Father's Day, Sunday, I dragged treated C to a trip to the Coastal Maine Botanical Gardens.

E and Z, as usual, spent most of the time trying to fall into the ponds catch frogs. 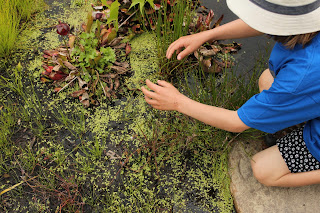 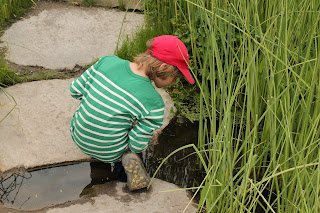 I spent a lot of time trying to get M to smile nicely for a photograph, since he forgot to get his picture taken on school picture day. With only a day-and-a-half left of school, I needed to get it done quick.

I also got a Father's Day picture of C with his boys. 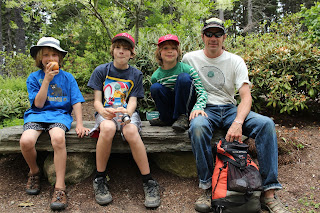 And finally got one of Mama and her boys. 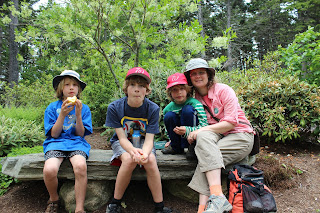 You would never guess it from this picture, but the boys spent most of the time we were there bickering and fighting (ah, fairy houses, the great peacemakers). 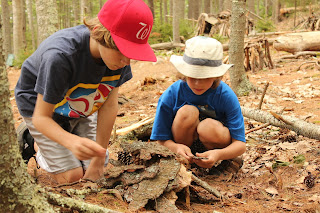 Also, E and Z seem to have regressed back into three-year-olds, only with bigger vocabularies and a wider range of interests, asking questions about everything all day long. I finally declared "no more questions" at about five o'clock. It didn't stop them from asking, but I stopped answering. 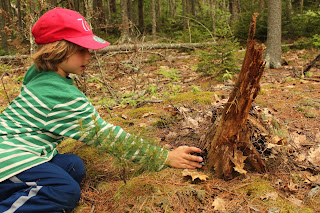 We missed the peak of rhododendrons and azaleas in the garden, which was a little disappointing (we'll have to make sure to get there Memorial weekend next year), but lots of lady's slippers were still blooming everywhere. So amazing. I've never seen so many anywhere. 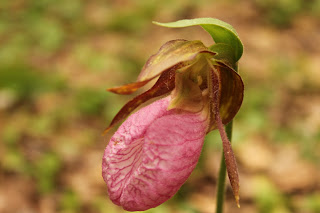 I was so happy to finally get some things done that I wanted to do this weekend (I feel like I've been spinning my wheels for months!). I also finished this book and started this one (prep for Ireland), and C and I watched this movie, which is the best movie I've seen in a long time. I wanted to watch it again.

The only thing I didn't get done was to make this jam (people keep eating my grapefruits!).

How was your weekend?
Posted by Andrea at 5:39 PM