A side benefit of moving the ducks to the garage is that we had to run electricity, which has allowed C to set up and run his power tools out there. Ever since, he's kept busy with little house projects. First, I had him build some cubbies for our mudroom--to replace a big dresser that had lots of problems, not the least of which was that everyone was too lazy to open drawers to put away their hats and mittens. 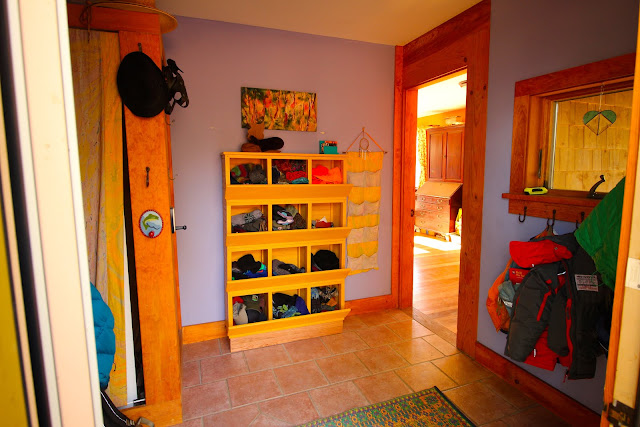 I had found a set of chicken-coop-style cubbies online, gave C a design based on the size of our space, and he proceeded to modify it to work with materials he already had on hand. The final product didn't turn out exactly how I had envisioned it, but it works great. I see it as a metaphor for marriage--two people come together with their dreams and plans and then work with the tools and materials they have to make a rough approximation of the other's vision. Seldom does the result turn out to be an exact match, but with luck it is functional and pleasing to the eye. In the case of the cubbies, they make the mudroom feel much more open and spacious (compared to a large, dark bureau) and they make mitten and hat access much easier. (I didn't take a before picture, but here's our mud room after its last major tidy-up). 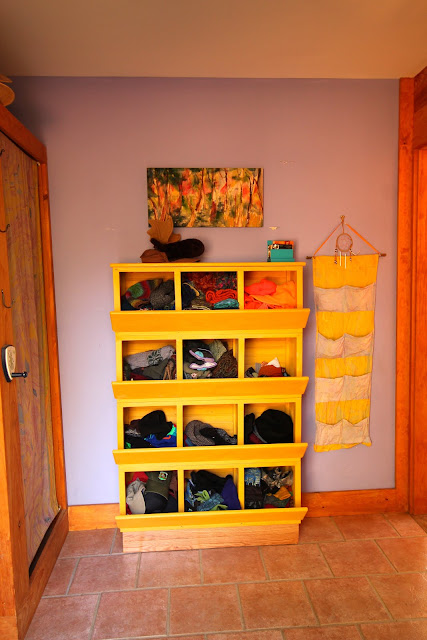 Next he build little shelves to go beneath our kitchen cabinets. 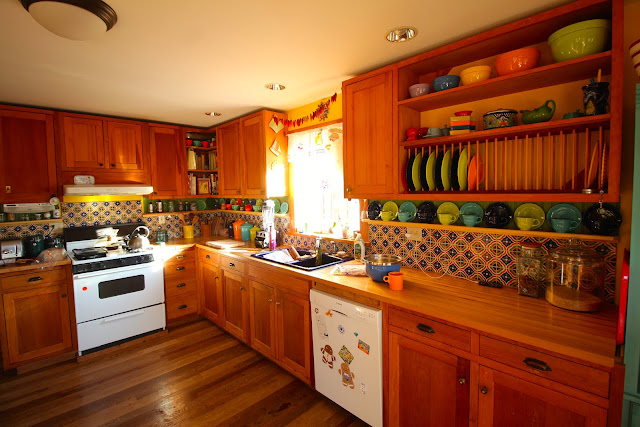 These were part of the original plan for our kitchen, but not being super high on the priority list, they never go built. 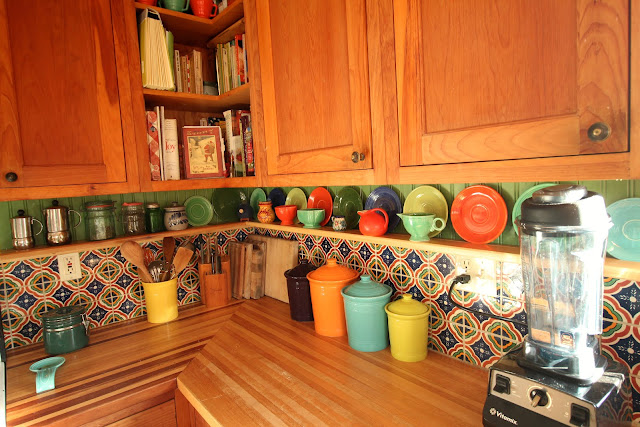 I couldn't be more pleased with them. They appear to both raise up the space between the counters and bottom of the cabinets and make the counters bigger. And they look so great--every time I look in the kitchen I feel like I'm looking at a picture in a magazine (if I ignore the compost bowl and drying plastic bags and dishes waiting to get loaded in the dishwasher). 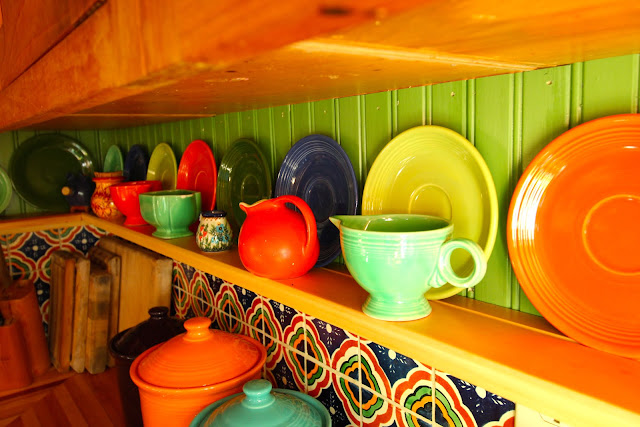 Z arranged the teacups and saucers on this span of shelving. He was very adamant that practical things (the cups and saucers we occasionally use, versus the antique saucers and pitchers we just look at) have prime positioning. Again, no before pictures, but you can see the kitchen as it was here. 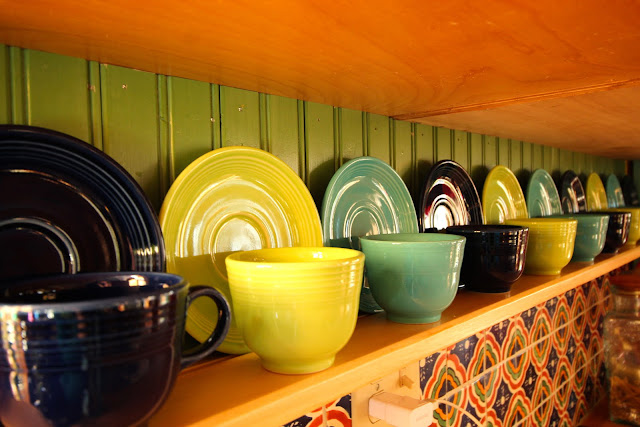 I used Real Milk Paint, which I love to work with, on both the cubbies (marigold) and the headboard behind the shelves (tavern green), with a clear acrylic coating for water resistance.
Posted by Andrea at 6:00 AM