Finding ourselves rained out ten minutes into a soccer game Saturday, 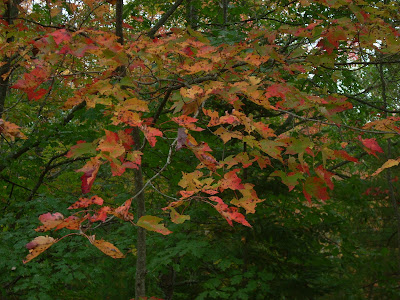 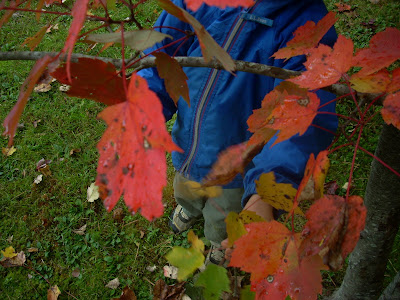 and walked down to the beach in the calm before the deluge. 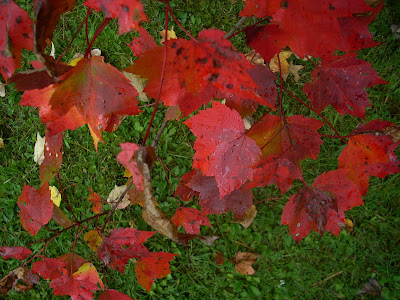 We were all quite cranky and needed some time outside--threatening clouds or no. 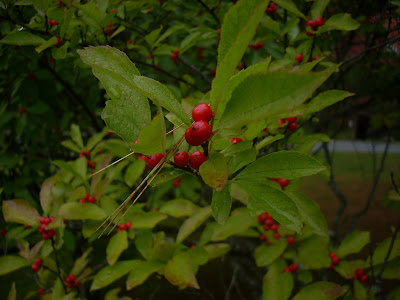 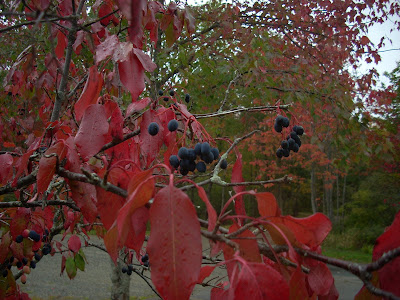 as if the trees are creating their own light from within. 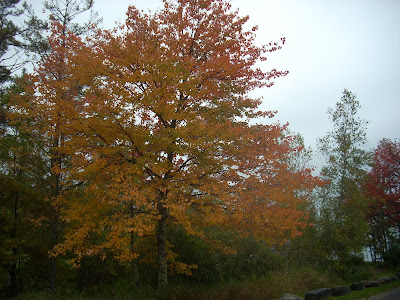 I had to trick my point-n-shoot camera into allowing in enough light to capture some of the brightness. 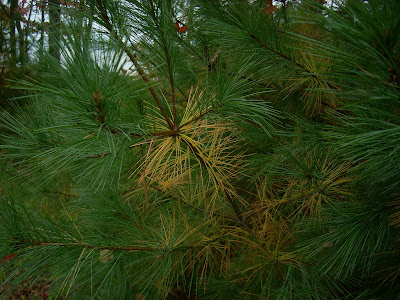 No one ever talks about the conifers losing their leaves in the fall, but these "evergreens" shed about 1/3 of their needles each year. 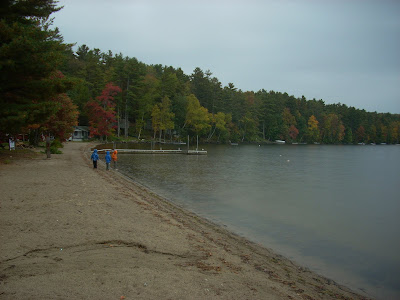 The boys naturally gravitated down the beach 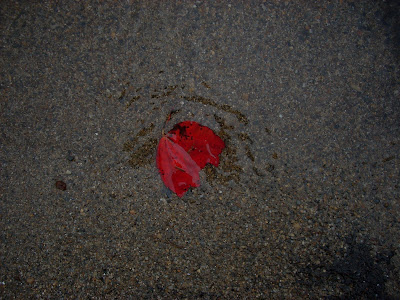 where we found bright colors 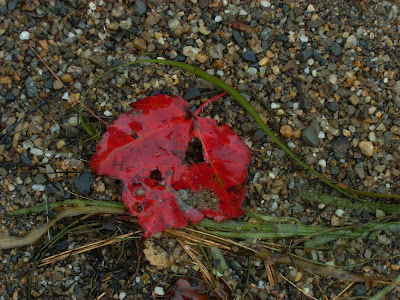 captured in the water. 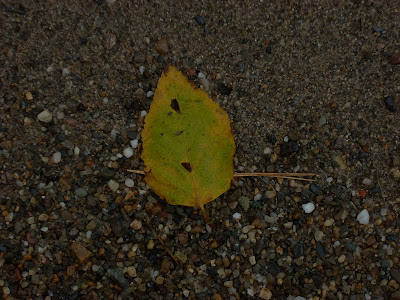 They were surprised to find themselves on a familiar dock 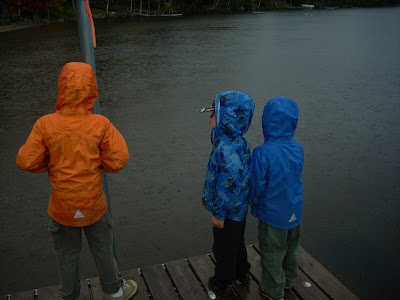 from which they jumped into the water this summer, 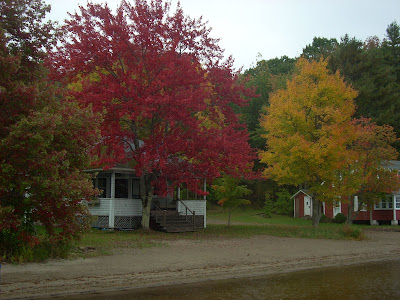 and delighted to find friends' camps down the shore. 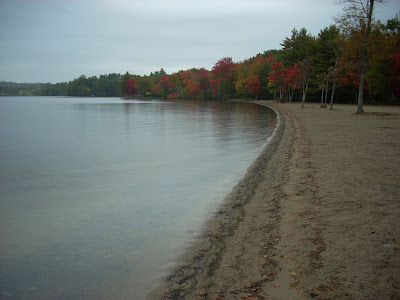 We returned to the car just as the sky opened up, driving on roads sheeted with water to a lunch of hot chocolate, grilled cheese with bacon, and french fries at the A-1 diner, followed by an afternoon at the movies--Cloudy with a Chance of Meatballs--a rare treat (only the second trip to a movie theater for E and Z, not counting the disastrous attempt when they were two months old). I was surprised how crowded the theater was--guess a movie on a rainy Saturday is not such an original plan after all.
Posted by Andrea at 7:27 AM