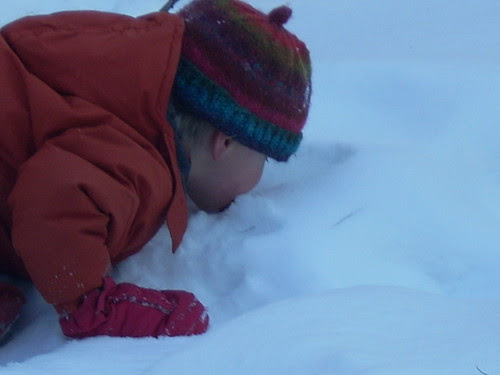 My kids love to eat snow. Whenever we go outside, it's like throwing piglets in a corncrib. It doesn't matter if the snow has been plowed up with driveway dirt and road salt or has been wedged inside the flap of their boot for an hour; to them crystaline water is a delicacy comparable to Crunchitos. 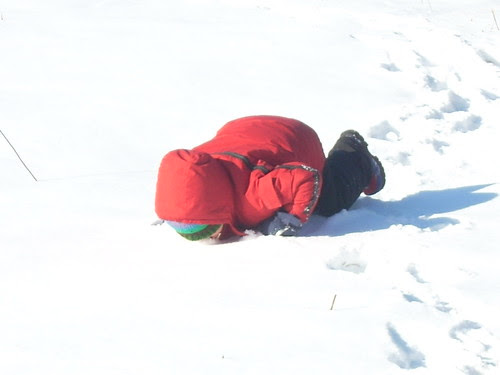 I have in my photo ablum a picture of me at about their same age doing about the same thing...snow is a cullinary classic that spans the generations. However I do remember my mom's cousin admonishing me when I was not much older than the twins, "Don't eat yellow snow." I probably didn't know what he meant, but from then on the delight of fluffy winter flakes melting on my tongue was forever lost. It was probably wise to not eat snow where I grew up, the flakes having made their way to the ground through the thick haze of the Denver Brown Cloud. It would probably be wise to not eat snow where I live now...the air having made its way across the coal-fired midwest. But I'll be damned if I'm the one to take away this one joy from my kids (but I do urge them to avoid the dirtiest of driveway snow...and the snow that collects inside the wheel wells of my car).


Along these same lines, I've wanted to try snow ice cream, ever since listening to the Free to Be You and Me album when I was a kid, where in "Glad to have a friend like you" they open up the window and scoop in the snow and pour in milk and sugar and ate it (OK I should really have looked up the actual lyrics here, but you get the idea)...but have always been afraid to try.


This weekend I looked in the Playgroup Handbook for January, there was a recipe for ice cream snow, and, handily, all day Sunday it dumped several inches of fluffy white stuff, and Monday, modifying the recipe slightly to reflect our modern aversion to consuming raw eggs, E, Z and I whipped up a batch.


Heat 1 cup cream (you could probably use milk, but what's the fun in that?) on med-low heat until little bubbles appear around the edge. Meanwhile beat 1 egg with 1/2 cup sugar and 1/2 teaspoon salt. Beat a couple of spoonfuls of hot milk into the egg mixture, then dump it all into the pan, heating and stirring for about a minute until the egg has sufficiently cooked. Add 1/2 teaspoon vanilla. Put the custard outside to cool. 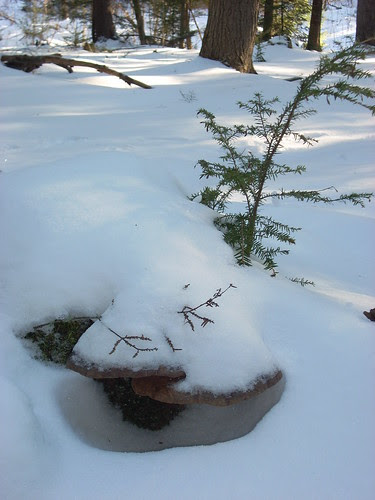 We walked down to the river and took some pictures. And ate some plain snow as an appetizer. 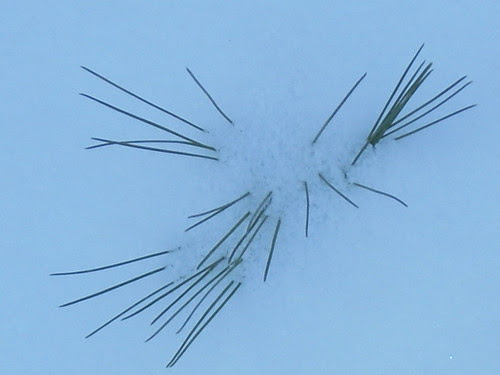 Step 3
Scoop clean, fresh, fluffy snow into a bowl. I would use about half what you see in this picture...we had too much snow and the outside edges didn't have all the vanilla-ey goodness of the middle. 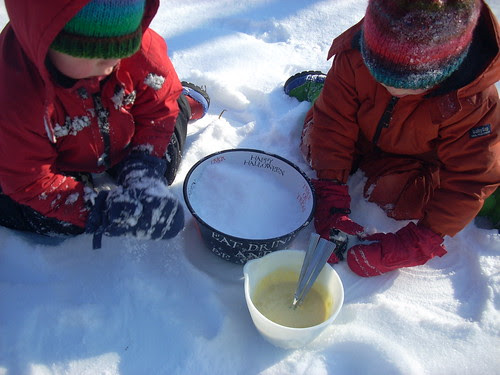 
Pour custard over the snow and stir. 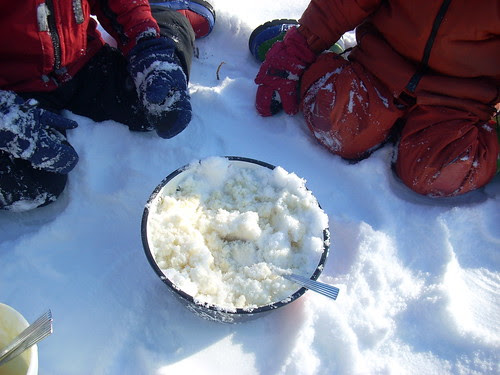 Step 5
Eat. We moved inside for this process, because we were already cold and the ice cream was cold, but so yummy--it tastes like really good French vanilla, and it loses the crystalline snow texture and turns into real ice cream. Amazing. We saved some for M and C on the front step. It should be eaten soon though; M left his cupful outside while we went to the pool and when we got back it was a solid ice block.
Posted by Andrea at 1:46 PM