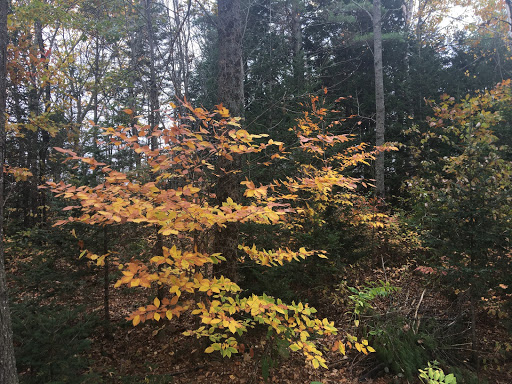 I've been thinking about plate tectonics lately, in part because I've sat in on several geology lectures over the past month and in part because of Hamilton,the musical. I'll explain that last part in a minute, but first a refresher for those of you for whom it's been a hot minute since you last took an Earth science class.
As you are no doubt aware, the earth's crust is divided into nine major plates, and, due to convection in the mantle, these plates shift around. Along the margins where plates come in contact, they may diverge, pulling apart from each other, converge, either through collision of two plates of continental crust or subduction of denser oceanic crust beneath more buoyant continental crust, or slide past each other in opposite directions along transform margins.
Now back to Hamilton. We're obsessed in our house. We've watched the musical twice since it became available on streaming, we listen to the cast album excessively, C is now reading the doorstop-sized Ron Chernow biography on which the show was based, and I just finished reading Hamilton: The Revolution, which includes the lyrics of show, annotated by Lin Manuel Miranda, and bios of the cast members and stories of how the show came to be by Jeremy McCarter (you can read my mini review of it here).
And the thing I haven't been able to wrap my head around every time I watch the show or listen to the album or read bits of the book is how did this show, which gives a steely eyed but sympathetic appraisal of our Founding Fathers in all their faults, which is a triumph of imagination and creative genius, which shatters all previous paradigms about who is allowed to portray these dusty old gods of our nation, which celebrates America as it is in all of its beautiful diversity, how did this show come out in 2015 and Donald Trump get elected president in 2106?
This is where I come back to geology, specifically transform margins. I think of the great mass of our nation as a continental crust moving forward, in the direction of progress, equity, and justice fueled by kindness, generosity, imagination, and a willingness to change. Moving in the opposite direction is the smaller but still substantial (40+ percent? C'mon people) plate, regressing toward white supremacy, patriarchy, oppression, and division, fueled by fear, hate, insecurity, intransigence, and lack of imagination.
The meeting points of tectonic plates can be violent places, if "violence" can be applied to morally neutral geological phenomena. They can certainly be destructive--resulting in earthquakes and volcanoes in the short term and complete transformation of the face of the earth in the long term. And so, as the plate of progress shifts forward--our first Black president, an earth- and norm-shattering Broadway show--the vibrations are felt along the opposing plate and erupt in shootings in schools, churches, and synagogues, attacks on peaceful protesters, plots to kidnap and murder elected officials.
Plate boundaries can be destructive places. But they can also be creative, giving rise to mountain ranges. That is our goal--to rise up, not only move mountains but build them. So what can any one of us do today to keep the plate moving forward? Examine our biases, be kind, do good works, and VOTE.
This post went out recently to subscribers of my newsletter, along with some bonus material. You can subscribe here.
Posted by Andrea at 6:33 AM No comments:

A monthly list of books read. Previous months here: January, February, March, April, May, June, July, August.
September felt like al low reading month. It was, in fact, a high TV-watching month. I was exercising my coping mechanism of staying up half the night watching New Girl. But still I somehow managed to finish a respectable number of books. 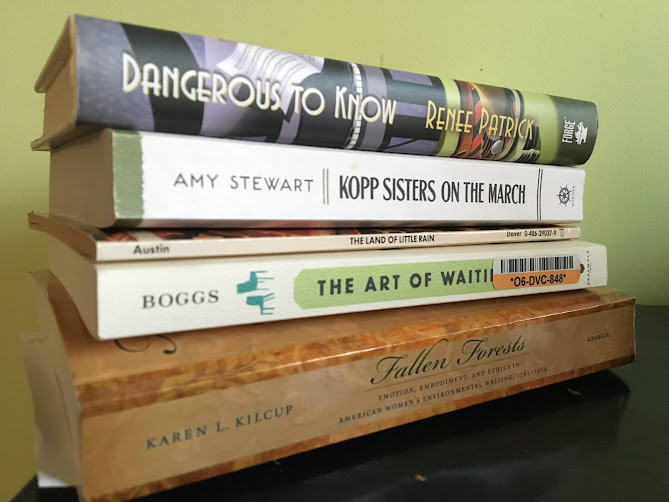 In the fiction department, I read the latest installment in the Kopp Sisters series by Amy Stewart: Kopp Sisters on the March. These just keep getting better and better, with more interesting (and dispiriting) historical details about what life was like for women in the US just over 100 years ago.
I also read a book by a new-to-me author: Dangerous to Know by Renee Patrick (the pen name of a husband and wife team). This was a murder mystery set in Hollywood in the 1930s. I know very little about cinema of the time; I recognized the names of major actors who made an appearance--Errol Flynn, Marlene Dietrich--but I wouldn't be able to pick them out of a lineup. Still, it was a delight to read, with clever, almost Wodhousian, narration and dialogue, and I would not be opposed to picking up more books in this series.
In the nonfiction department, I'm continuing on two related projects of reading the important works of nature writing by women historically and reading memoirs or collections contemporary women's essays that have both motherhood and nature themes.
In the important works of nature writing by women historically department, I finally read Land of Little Rain by Mary Austin. I don't know why it took me so long to get around to reading such a short book. It was well worth the wait. Austin takes readers on a tour of the landscapes, people, and plants of Southern California of the late 1800s, early 1900s in vivid and often humorous detail.
I also read Fallen Forests: Emotion, Embodiment, and Ethics in American Women's Environmental Writing 1781-1924. This may sound dry and dusty and academic--and it was, a little--but it was also incredibly interesting and eye-opening in the way it expands what environmental writing is from the point of view of women, including Native Americans, slaves, and servants, who themselves were treated as "natural resources" by the patriarchal society. It also gave me a long list of books to add to my pile of to-be-reads.
In the contemporary women's nature and motherhood themed writing arena, I read The Art of Waiting by Belle Boggs, about the author's challenges with fertility and her pursuit of ART (assisted reproductive technology) in order to have a child. This was an interesting book to read at this point in my life--when I'm almost done raising my kids--and as a person who did not have to face the challenges of infertility. It made me think a lot about what I would have done if I hadn't been able to have children, what lengths would I have gone to? I have no answer to that question. Motherhood has been the central pillar of my identity for 20 years. There is no "me" that is not a mother. But I can easily imagine a life unencumbered by offspring. Would I spend tens of thousands of dollars to disrupt that life? 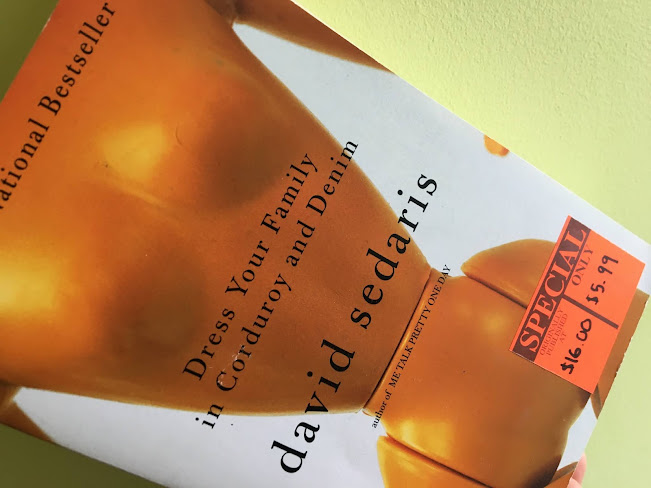 Finally, I read one last just-for-fun book, Dress Your Family in Corduroy in Denim by David Sedaris, which didn't make it in the initial lineup photo. I really needed some escapist, comfort reading, and I remembered I picked this book up at M's college bookstore clearance shelf as an emergency backup Christmas present (am I cheap? yes I am).  I'm not sure if I'd read it before. On the one hand, many of the stories were familiar, but that may be because they've appeared on This American Life or one of the live readings I've been to. On the other hand, it wasn't already on my bookshelves, and I'm a notorious book hoarder. Either way, it was just what the doctor ordered for mid-pandemic stress disorder.
What have you been reading?
Posted by Andrea at 9:20 AM No comments: 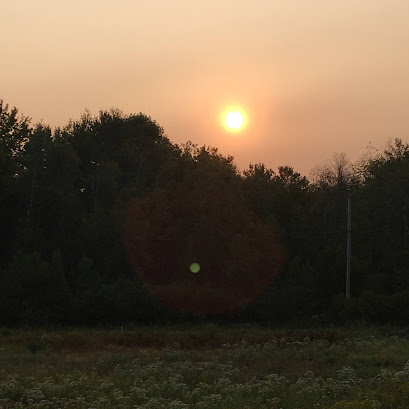 Yesterday the sun rose red in a smudgy sky, a result of the wildfires burning 2,500 miles away. The meteorology nerd inside of me is fascinated by the workings of the jetstream, but the former air quality regulator in me is distressed about the health of those experiencing the brunt of the smoke. And the naturalist in me is in agony over the effects on wild places--rare and endangered plants and animals, invertebrates, like butterflies, that spend a part of their lifecycle immobile in eggs or pupae that cannot escape or survive fire. Fire is a natural part of the ecosystems of western North America, but the fires burning now are anything but natural, the results of a century of forest mismanagement and an even longer period of fossil fuel abuse.

As the West burns, hurricanes launch themselves at the Gulf Coast and, of course, the pandemic looms as dangerous as ever, despite the magical thinking that is our national policy. All these problems result from humanity's irresponsible use of natural resources and the continued disregard for human life on the part of those who benefit with profit or power from that disregard. It's almost too depressing to get out of bed every day.

Later in the day, as I was walking up my road, I saw a dragonfly fall out of the sky and land on its back. I went over and held my finger to its upturned legs. It grabbed on, letting me pick it up.

I walked on, new friend perched on my fingertip, facing forward as I walked. I wondered what it was thinking as it traveled through the air without moving its wings. I know that dragonflies don't have consciousness in the way we do, but it's hard to not think of them as sentient beings with their big eyes and oddly anthropomorphic faces. They surely have some way of processing stimuli, and it was interesting to put myself inside its tiny brain as it tried to comprehend this new experience.

There were no obvious signs of injury on either its body or wings, but it clung to my finger for most of a mile, occasionally shivering its thorax. When we reached the beaver pond, I held it (or, more properly, her; she had a ovipositor) so she could see out over the water, hoping the sight would inspire in her a will to live. And it did. She lifted off my finger, but instead of darting out over the pond, she rose up high, high above the trees until I could see her now longer.

My dragonfly friend--a Canada darner--reminded me of the resilience of life. Her ancestors, big as kites, flew around the swamps of the Carboniferous period 300 or so million years ago. The earth has seen many changes, some of them catastrophic, many more remarkable. We happen to be in a stage of catastrophe. That doesn't mean the remarkable can't also happen.

This post went out recently to subscribers of my newsletter, along with some bonus material. You can subscribe here.
Posted by Andrea at 8:27 AM No comments: