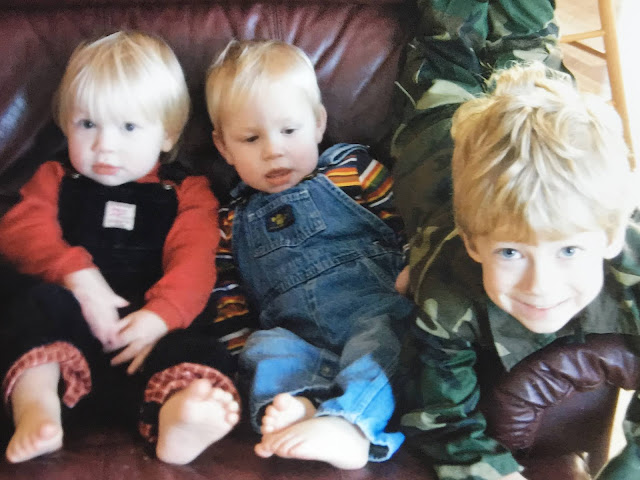 So much has happened this month! The babies turned 16 and 16 and 20, which is...like...I don't even know what to think about having a 20-year-old child. I need more time to process it, like another 20 years. In the meantime, outside, the grass has grown and the trees have made leaves. Flowers have come and gone on the alders and aspens and apples. We already have buttercups and blue-eyed grass in the meadow. Does it seem like spring is happening faster than it's supposed to? Does it seem like everything is happening faster than it's supposed to? (See: babies, above.)

Right now the whole world (or at least my tiny corner of it) is that perfect shade of new green where every leaf and blade is fresh and unmarked by drought or caterpillar nibble, and I want it to stay like this forever, except that I'm as much in love with the caterpillars that nibble the leaves (excluding the brown-tailed moth caterpillars; I don't love those at all) and the warblers that nibble the caterpillars as I am with the green. The other day I was watching a dragonfly whir around my yard and I saw a Phoebe dart after it and I didn't even know which one to root for. This is why I can't watch sports; I want everyone to win--the leaves, the bugs, the birds.

In other news, a painted turtle crossed our driveway the other day, heading away from a patch of soil Curry just rototilled. I'm hoping it laid eggs (and that raccoons don't find the eggs; okay, I'll root for turtle eggs over raccoons). We have tree swallows nesting in at least three birdhouses, bluebirds (for the first time) in another, chickadees in another, and a family of phoebes under the deck. Someone is building a nest foundation of moss in yet another house, and I'm hoping it's tufted titmice. We had a nestful last year and they were the most attentive parents, bringing bugs and clearing out the fecal pellets (unlike the swallows who live in insect-infested filth), and the babies chirped so sweetly from inside the box. I came very close to seeing them fledged but missed it due to impatience. I'm hoping for a second chance.

And this week so many butterflies appeared: tiger swallowtails, azures, American coppers, common ringlets, and a possible sighting of a harvester (the only carnivorous butterfly; if that doesn't give you nightmares I don't know what will). There's simply too much going on to waste time on things like work. I'm working on a plan to reconfigure my life. It's not fleshed out yet, but whatever it eventually entails, I know I need to leave May wide open so that I have time to watch the world unfold and contemplate how old my children have become.

This post went out recently to subscribers of my newsletter, along with some bonus material. You can subscribe here.

Posted by Andrea at 7:30 AM No comments: