I've decided to keep my book posts up for 2019, since without them I'd hardly have had any posts at all in 2018. And it should be easy this year, considering how few books I'm likely to read. After writing, mid-week hikes, and sleep, reading has been the biggest casualty of this whole job thing. Last month I managed only two books. 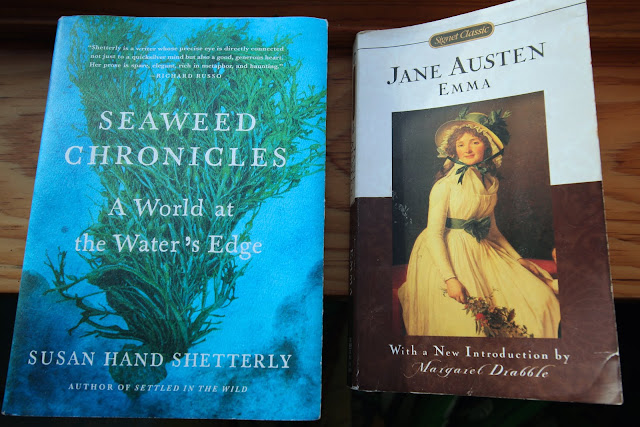 Nonfiction. I read the new book, Seaweed Chronicles, by Maine author Susan Hand Shetterly, whose work I always enjoy. Now you might think it would be hard to hold a reader's attnetion through a whole book about macroalgae, but Shetterly does it beautifully, weaving together biology, ecology, economics, and personal stories of the scientists and seaweed farmers, harvesters, and processors who are at the forefront of the burgeoining seaweed industry and have most at stake in the preservation of our ocean's gardens.

Fiction. Why, you may ask, when I have so little time available for reading, would I reread a book I've read at least twice, possibly three or four times before? The answer is, when it's cold and snowy outside and there's a fire in the woodstove, it's Jane Austen season. I hadn't read Emma in a good long while, so it was time, and Austen didn't disappoint. An utterly satisfying way of escaping January.
Posted by Andrea at 5:00 AM 3 comments:

When Kaffe Fasset's Glorious Patchwork came out in 1997, I knew immediately I wanted to make the quilt on the front cover, Jewel Squares. 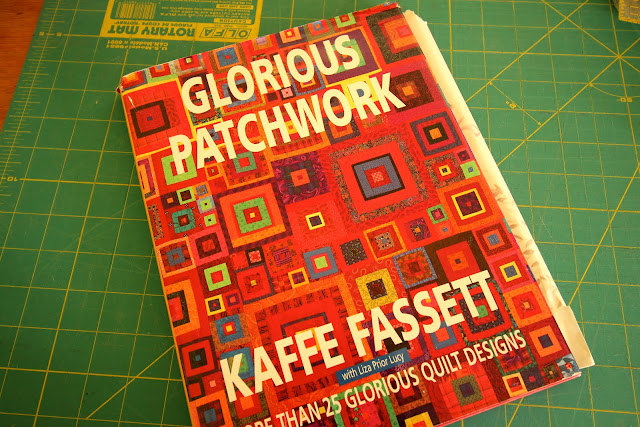 C bought me a copy that year for Christmas, but the pattern was too intimidating—157 squares, each made of 3/4" or narrower strips sewn painstakingly onto paper squares. Over the years, I made some other patterns from the book—M's baby quilt (in the second photo), both E's quilt and Z's quilt, a couple of pillow covers and, when those fell apart, another one. Over the years, I picked up fat quarters of fabric here and there, with this quilt in mind, but I held off on making it, partly out of a sense of duty to make quilts (both baby and big) for my children, and partly because it looked like so damn much work.  Then, last winter, shortly after Christmas, inspiration hit, I made a rare Saturday trip to town to photocopy the paper pieces, and voila, I was on the move. 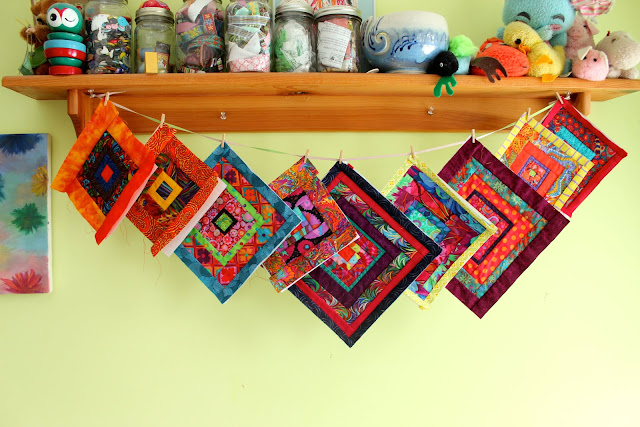 It did take a long time, but usually while I find the piecing part of making a quilt tedious, after the planning part, this quilt was planned one square at a time and I found choosing the fabrics and putting together each one like composing a little picture, which kept it interesting, even when I got to the 68 2" squares. So interesting, in fact, that I finished the top in less than a year, dropping it off at the quilter in November (this is about 1/3 to 1/7 the time in which I normally finish a quilt). 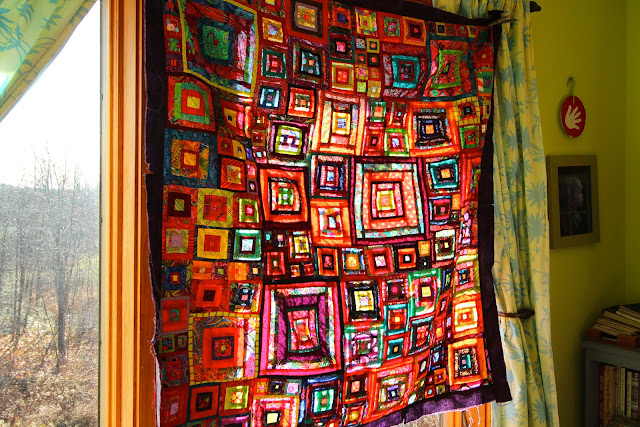 The book proposes this quilt pattern as a window blind, because it looks so gorgeously stained-glass-like backlit by natural light. But, it would fade and fall apart in less time than it took to make left to the devices of ultraviolet rays, so I added a border to make it big enough for a throw and had it backed and quilted with a pattern of interlocking circles, which you can't really see in these photos. 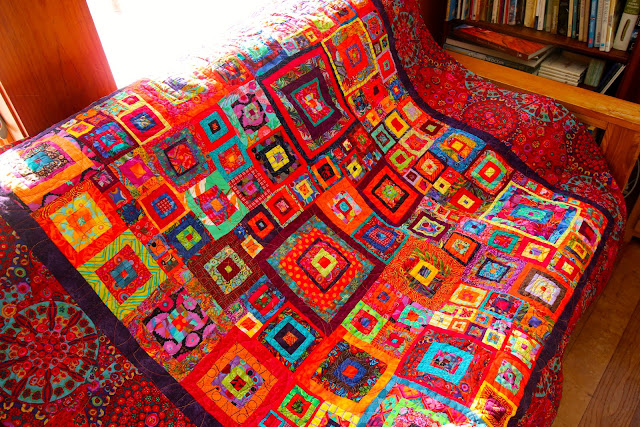 Despite having had precise-sized paper squres onto which I sewed the strips, it still came out a little wonky in a few spots. Still, I'm very happy with the result. The wonky bits give it character. 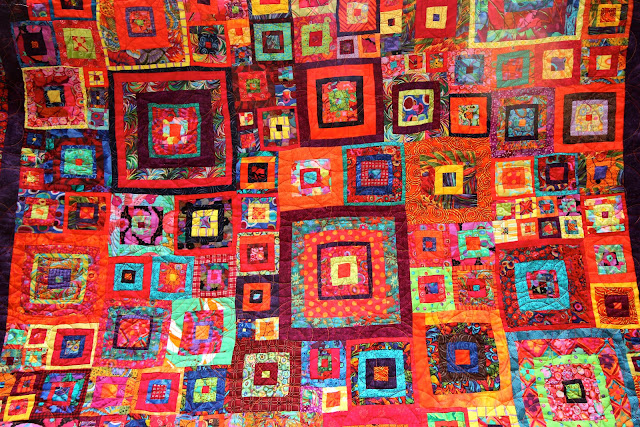 I think it was worth the 21-year wait. 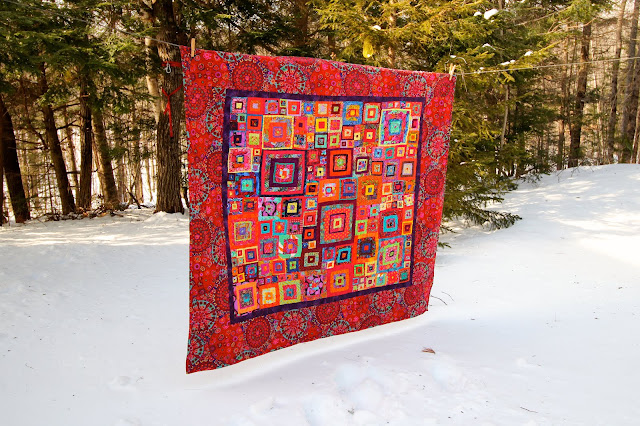