Because the first two batches of cookies I had already made this month have been so, ahem, well-received, I needed to bake two batches this weekend in order to have any cookies for actual Christmas. First, I made my usual sugar cookies (recipe here--they really are the very best sugar cookies, fine-grained and almondy and so yummy), 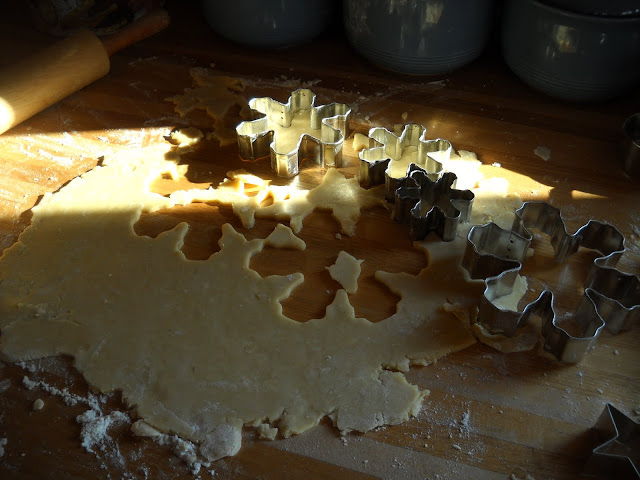 and then, because I had the mold, I made a batch of Springerle. Traditionally, these are made with anise, but somehow the bottle of anise flavoring I thought I bought disappeared, so I made them orange flavored instead (again, I used a recipe from Joy of Cooking, because it took fewer eggs and no obscure ingredients--hartshorn anyone?--than the recipes included with the cookie molds). I think they'll be good (I only tasted one tiny crumb--saving the rest for cookie plates!) Springerle are much, much, much less labor-intensive than Spekulatius, though I did have to really muscle down on the mold to get the St. Nicholas to show up. Still, I think his face could be more defined. The whole process made me lust over one of those rolling pins. 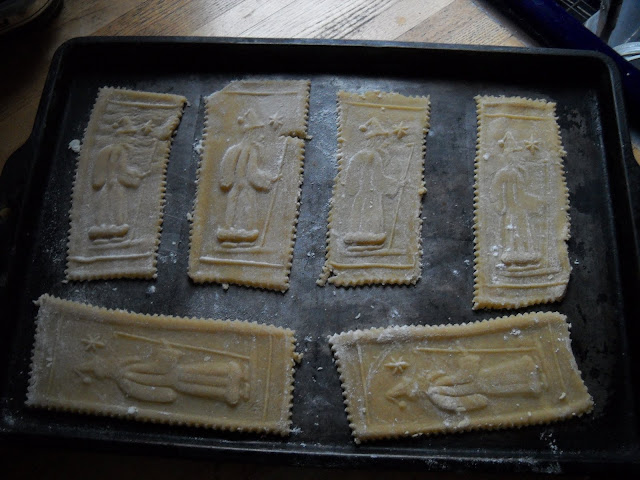 The nice thing about cookies is you can mix the dough one time (like 9 p.m. on Saturday) and make the cookies another. I rolled and cut the sugar cookies (with Z's help) Sunday morning and made the Springerle Sunday night. They're supposed to sit out eight hours to dry out so the impressions stand out after baking. Mine stayed out an extra eight hours and I baked them while making soup and preheating the oven for bread Monday night. I like projects that work around my schedule and lend themselves to multitasking. 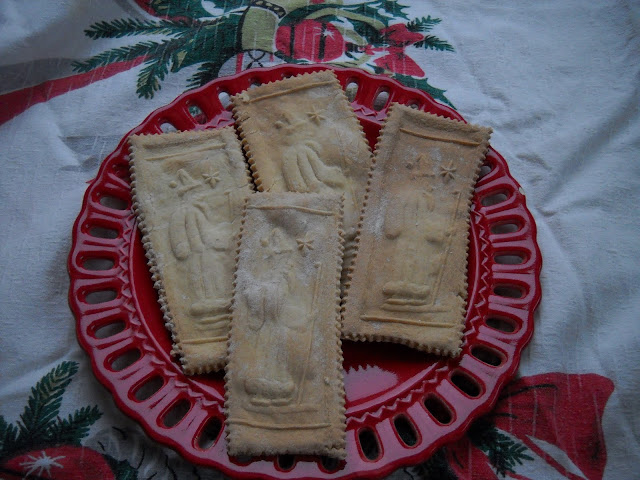 And, finally, I made a batch of that peppermint bark everyone is so wild about. We made some last year to use up some peppermint candies we got for Christmas. It turned out to be the world's most expensive way to use up candy canes, but M swears it's the best candy he's ever had, and his adoration wore me down. At first I was going to cheap out and make it two-layer bark, but then felt guilty and went back for more white chocolate. We filled two jars for teacher gifts and some little bags for various other giftees, leaving one jar for us. It is pretty tasty, even if I am cranky about the cost and time it takes (go see Rachel's post; she's much more positive about it than me, though she'll leave your head spinning with white chocolate technicalities). 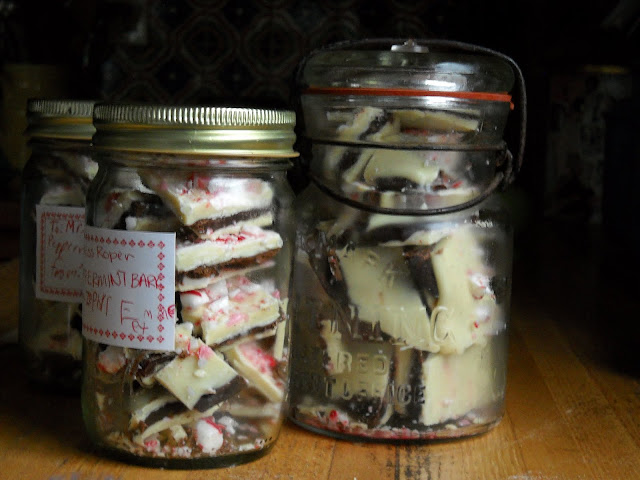