I had to take a little break and sketch the scene: 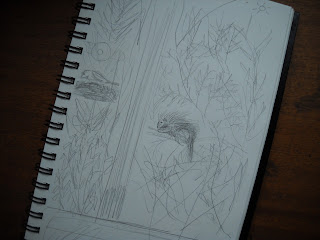 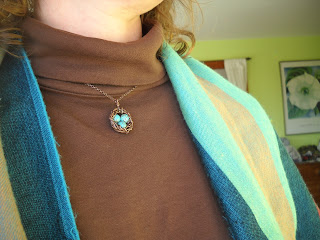 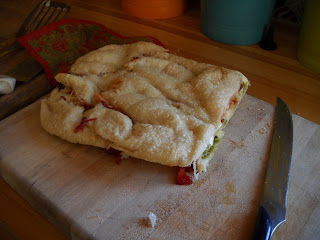 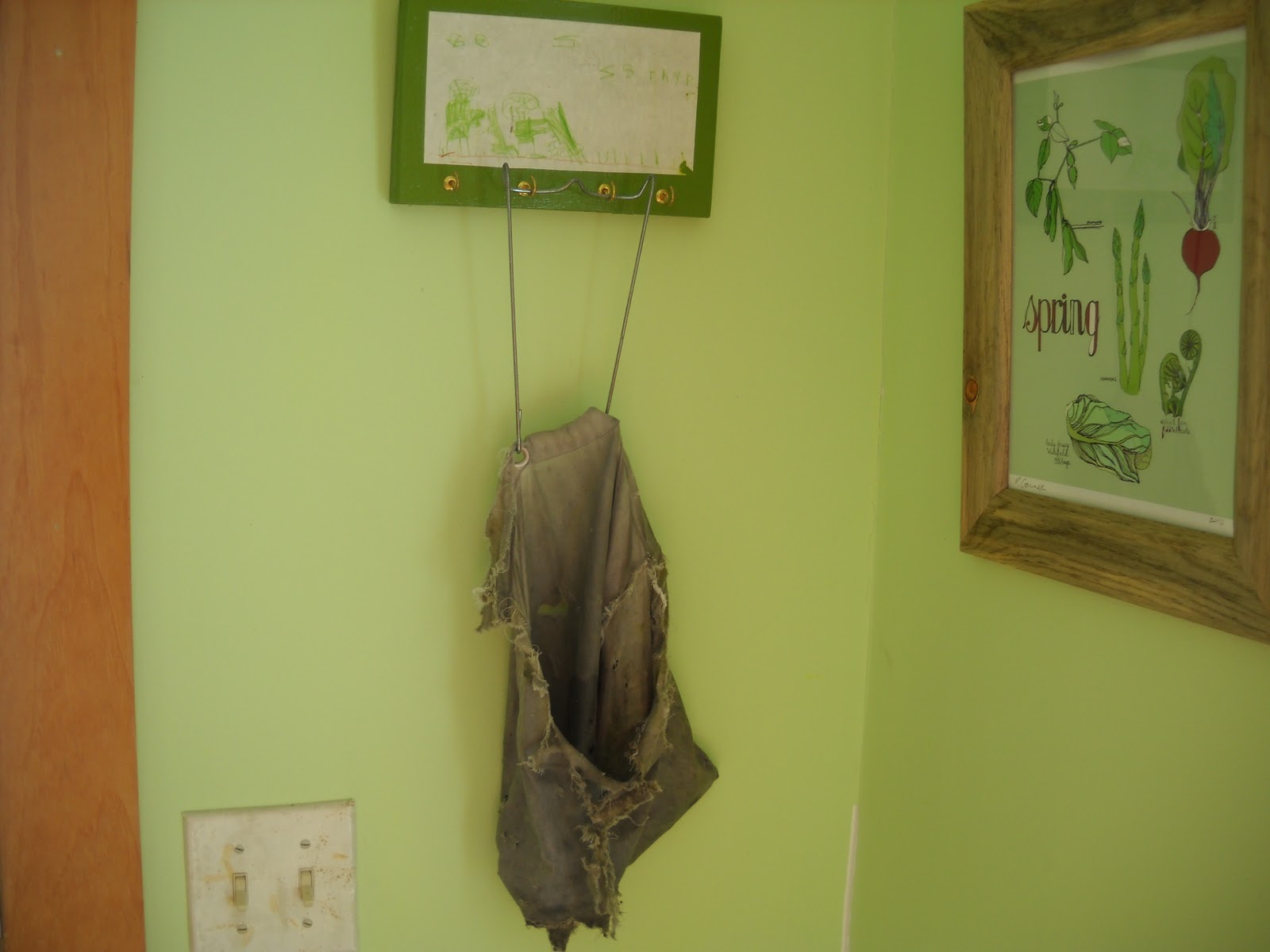 It's actually looked like that since November, when a mouse or something decided to eat it.  And it must not have looked exactly pristine since at least last May, because after my mom visited us, she sent me a package of new clothespins (apparently our blackened, broken ones were also not up to snuff) and some material left over from when she made a clothespin bag somewhere around 1980.
I finally got around to it this weekend because C said, "Is a clothespin bag something you can make, or should I be looking around for a new one?"  The situation was dire for C to contemplate shopping (He recently took his first trip to the grocery store in, I'm gonna say at least nine months, last week because he finally ran out of homemade maple syrup).  So I finally gave in and made it, using Mom's strawberries, lined with green gingham.  I used some wire I found lying around the basement to hold the opening open and C punched in two grommets.  The hanging wire from the old one was in perfectly good repair.  The whole process took about half an hour. Good thing I put it off so long. 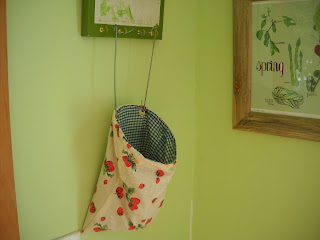 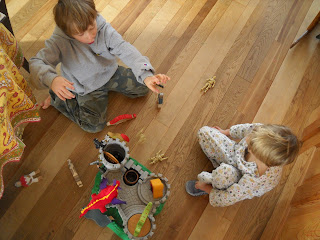 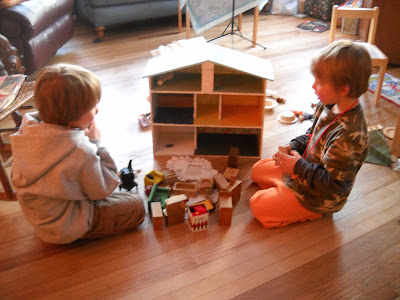