Last Wednesday I went out and took some photos of late August happenings, with the full intention of writing a Wild Wednesday post, but then I got busy doing other things and it never happened. I considered a Wild Thursday or Friday post, but those days got filled up, too (oh, how glorious that school is back in session!!). Now here it is Wednesday again, and I thought I'd do a little compare and contrast from one week to the next.

Late August is goldenrod season around here, and a few species, including early goldenrod, were blooming. 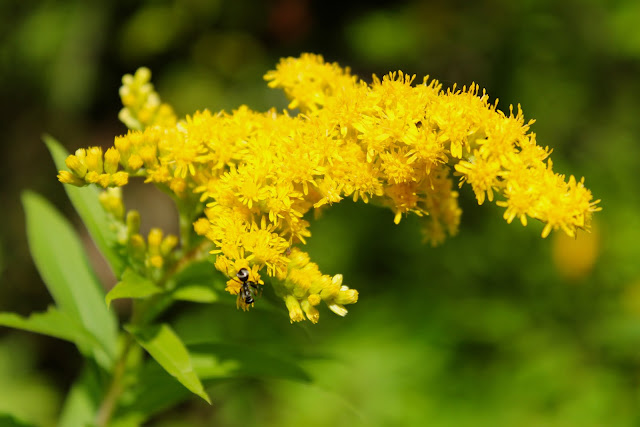 Now the early goldenrod has gone by, 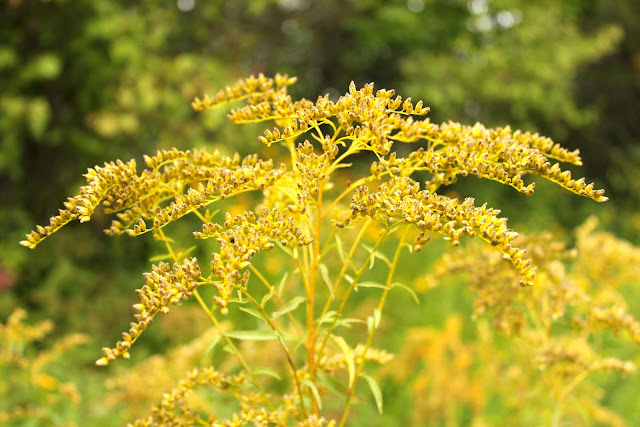 But several other species are coming online. 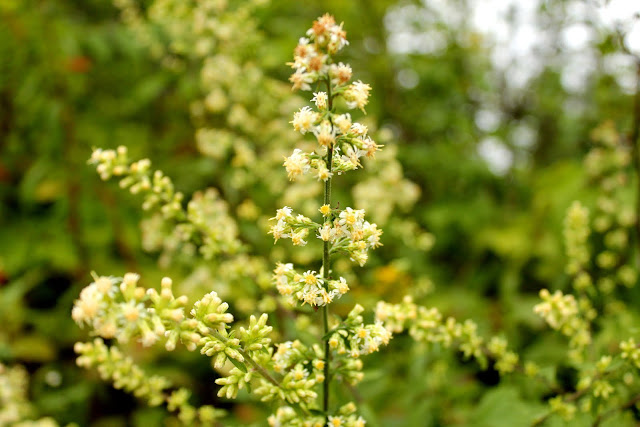 I haven't had a chance to go out with my field guide and identify  them yet (or re-identify, since I'm pretty sure I've learned them at least once or twice before). 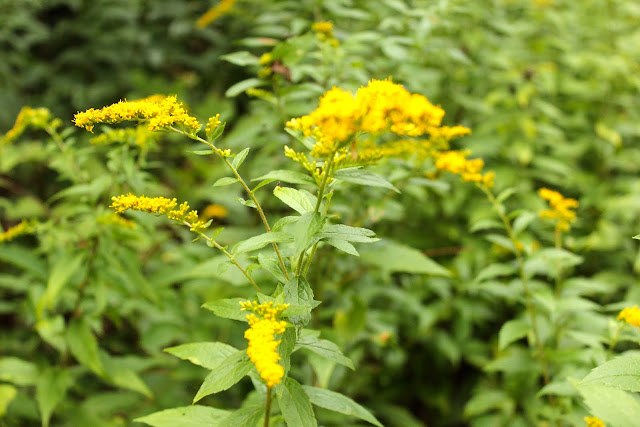 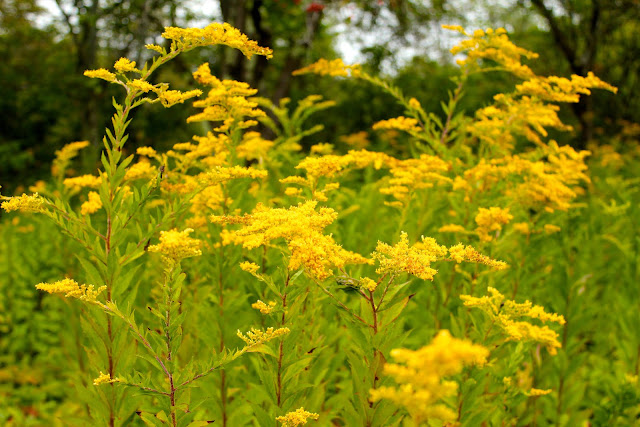 Last week, most of the queen Anne's lace was on its way out, though a few were still blooming 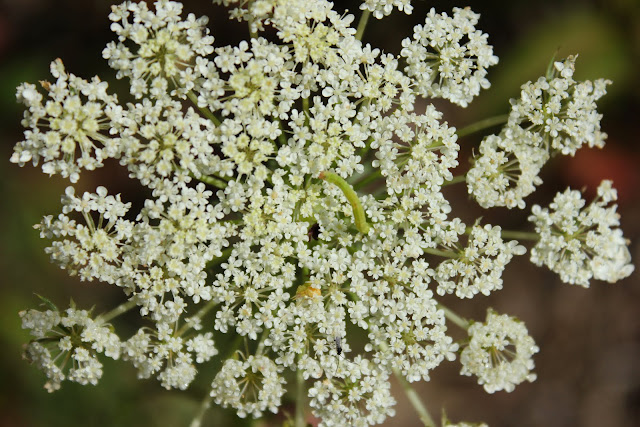 By this week almost all (except for a few small ones here or there) have gone to seed. 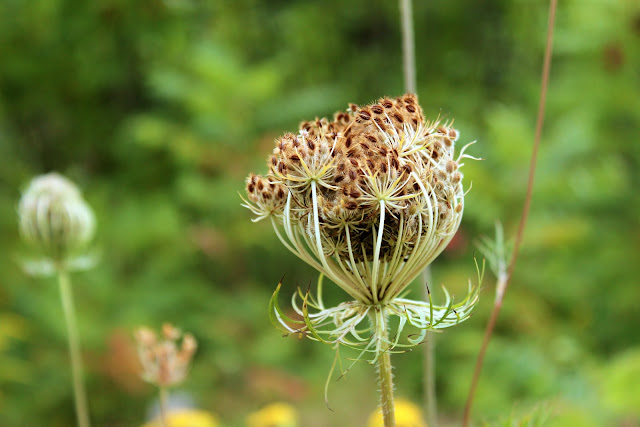 The tall asters had come into full bloom last week, 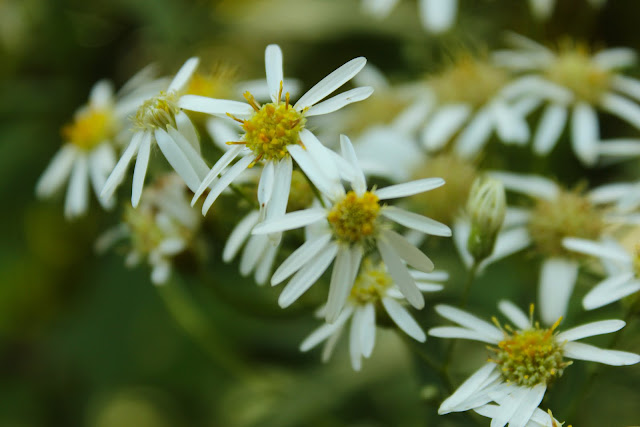 And are still the predominant flower in the fields. 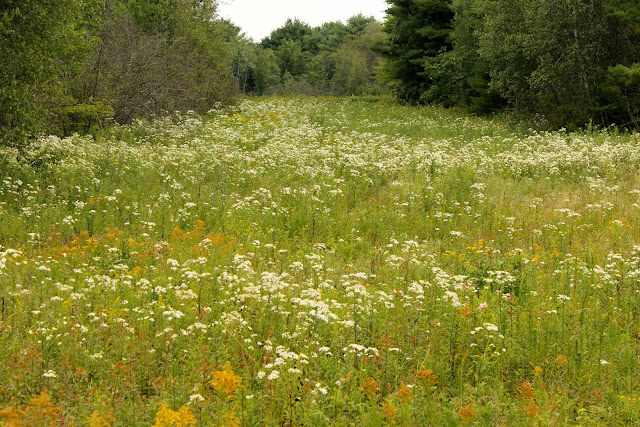 I had seen this puffball mushroom, about the size of a softball, on my morning walk up the driveway. By the time I came by again around noon, some little critter had nibbled away at it. 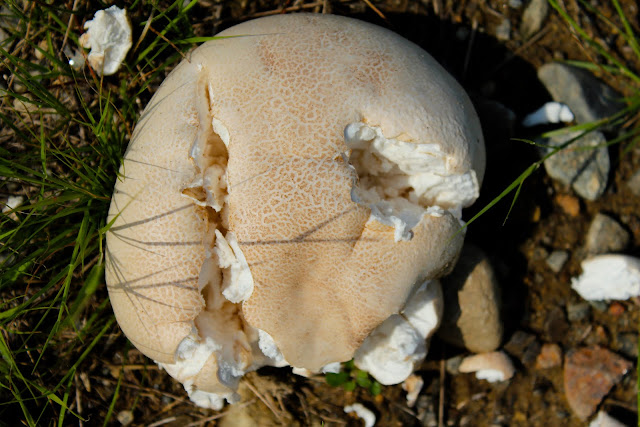 Over the next few days, it turned black and slimy and now this is all that's left. When you stamp on it—which is irresistible—it gives off its spores, like a cloud of purple smoke, which smells oddly of chocolate. 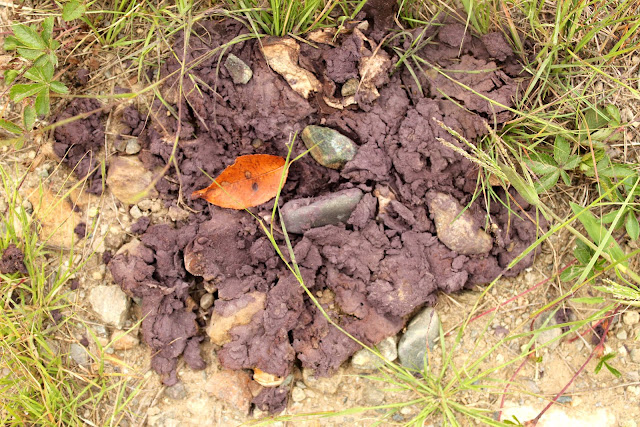 There were a few of these teeny tiny puffballs along the driveway as well, each about the size of a large grape, covered in a spiky white skin. 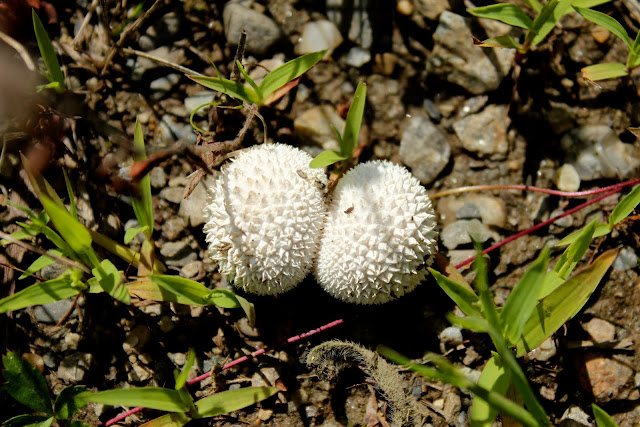 The skin dried and cracked, peeling away, leaving behind a brownish volcano that spurts little puffs of greenish-yellow spores. 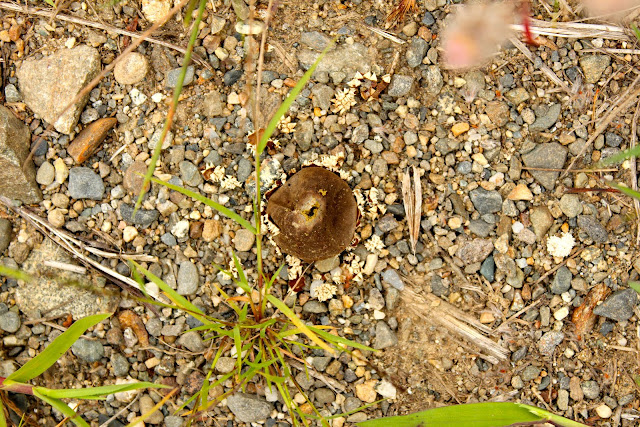 One of my favorite flowers growing on our property is this sedum, called live-forever. Most of our wildflowers are white or yellow, and while I might not choose to dress in or decorate with magenta, I'm thrilled whenever it grow wild on my land. 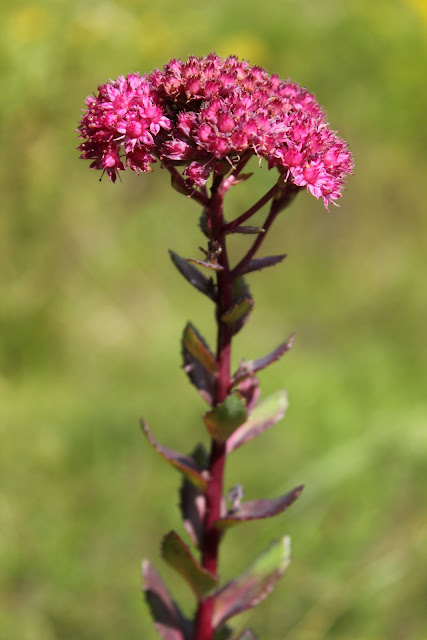 It is, unfortunately, not so aptly named. Just a week later, and the blooms and stems have turned a rusty red. 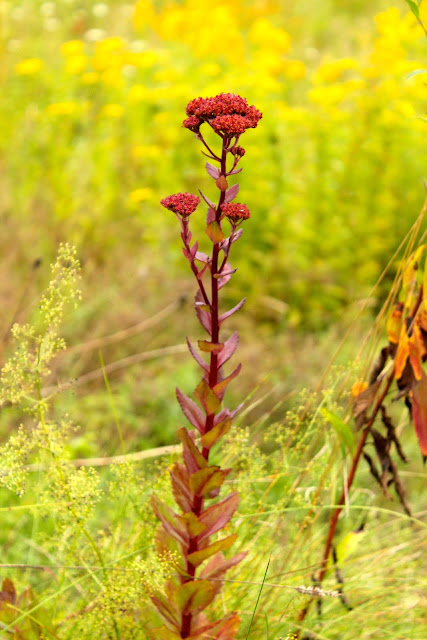 What's wild in your neck of the woods this week?