I never know how involved I should get in my kids' take-home projects. How much help is actually helpful and how much is helicoptering? It's a conundrum I'll never know the answer to, judging by my anxiety over my firstborn child's ahem laid-back approach to researching college prospects. On the one hand, I had very little help when I was going through the same process. On the other hand, I did not exactly make the best choice and probably could have used some real guidance. The same goes for seventh-grad projects. I remember making a diorama for the book 1984, in which I used Fisher Price peg people. I put the blue peg woman with the yellow bun in a helicopter and suspended her from the top of the shoebox, hovering outside a window. I'd only read the first and last sentence of every paragraph of the book, so it's possible I didn't have a firm grasp of the storyline. It's also possible I might not have been able to pull off a more artistic diorama even if I had.

In any event, E and Z had big projects due this week and I deemed it necessary to dip in my oar, to at least encourage them to up their game over peg-people-in-a-shoebox. They had an assignment of a trifold poster and 3D model about a famous person from history (I think it was meant to be a famous American, but E stretched the boundaries a teensy bit). 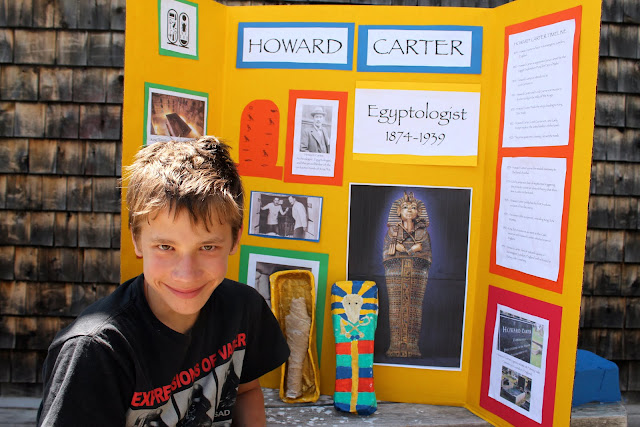 E was very glad to have my assistance and I helped him recreate King Tut's coffin out of a papier-mached egg carton and wrap up a corncob in tea-dyed and epsom-salts-soaked muslin. He found lots of photos of his historic character and picked out a cool font, and I supplied colored sticky mounting paper. I think he was pleased with the results. And, because he had his project done a day early, he was able to help a friend work on his project during class, which I think is the most valuable lesson he gained from the whole process (at least on par with using colored mounting paper for effect). 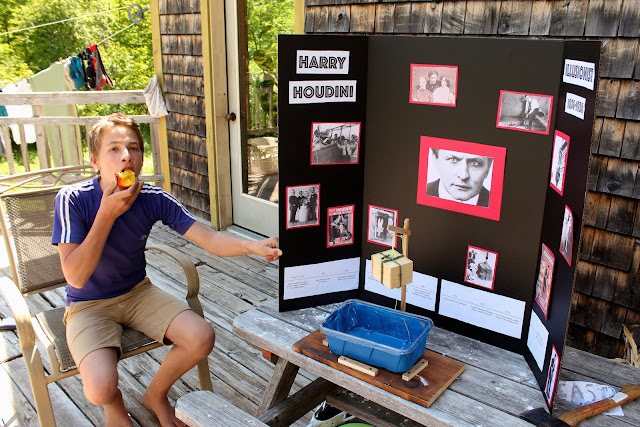 Z, who has a recalcitrant streak, would disappear while I was "helping" him cut out his photos. He didn't want to use glue stick. He didn't want to fill in blank spots with more pictures. He definitely didn't want his picture taken. Fortunately his idea for a model involved woodworking, so C got to help him with that part and I got to take a break on Sunday, visiting, all by myself the Fiber Frolic. 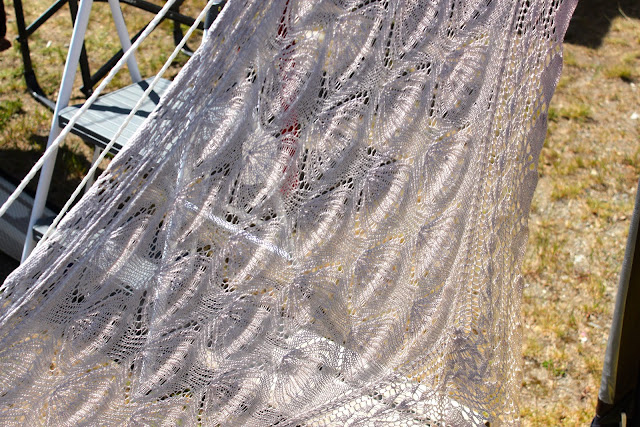 The kids are finally old enough to not want to join me at the annual yarn-and-sheep fair, and that's okay with me. 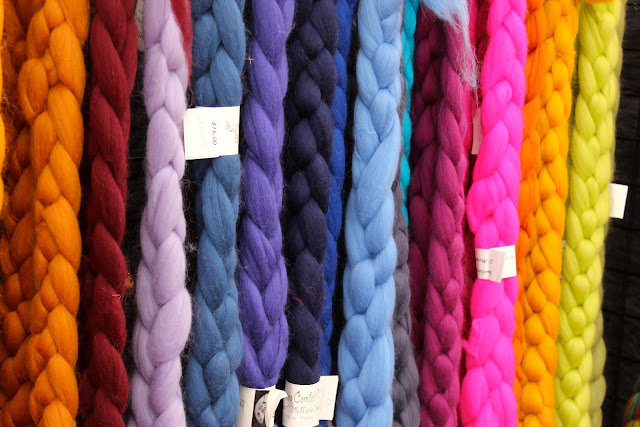 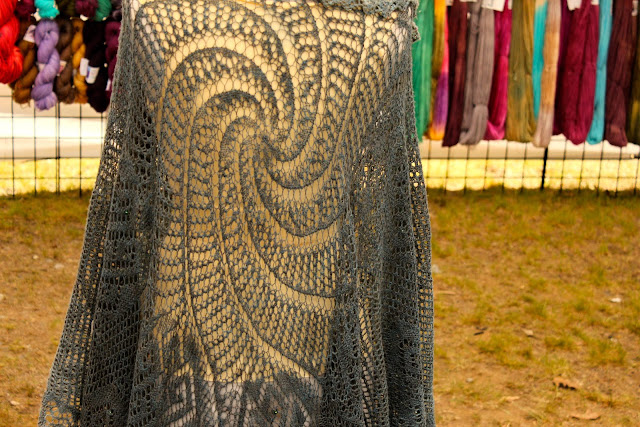 I could just walk past, and go browse the yarn and wool and sheep. 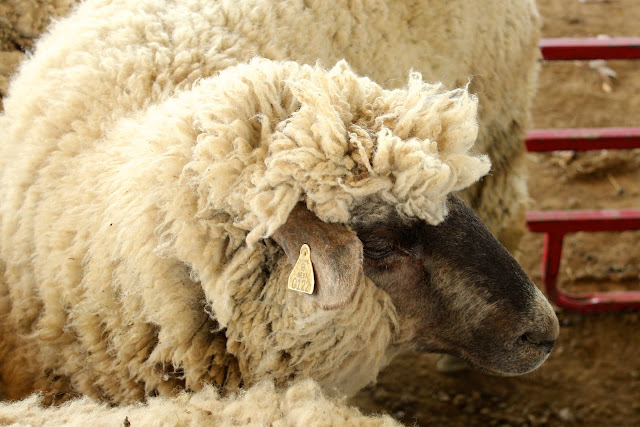 There weren't many of the latter. The Frolic used to have tons of sheep, llamas, alpacas, goats, and rabbits. There were llama parades and drill teams and sheeps-shearing and bunny-brushing demonstrations, but now only a handful of farm animals show up, including this cute, pink-eyed bunny. I suppose it's a big pain for farmers to load their stock up and take them to an event where they probably don't expect to make many sales, but I still miss the supply side of the fiber, even without little kids who might want to pet the animals. 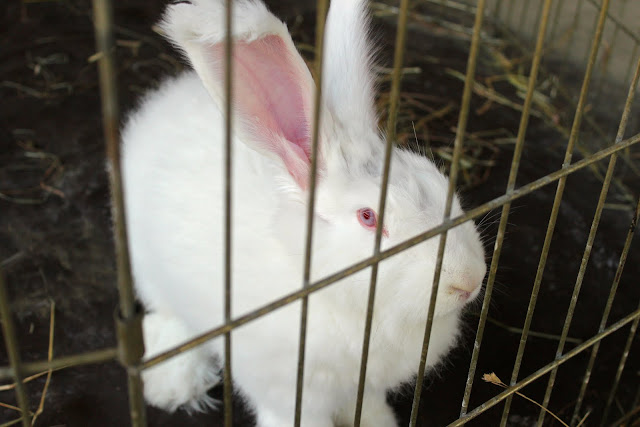