Thanks everyone for the kind words about my essay, my jacket, etc. while I was gone.

It's funny that I went into this trip with the idea of escape. Turns out there is no escape.

The trip started with a bit of self-inflicted stress and drama (about which all I'm going to say is: a) if you lose your ID while traveling, the Maine Bureau of Motor Vehicles is immensely helpful--don't even bother trying the airports, airline or TSA--and b) it may or may not help if you burst into tears while on the phone with them) and ended with an illness that felt like dysentery or salmonella from the yucky cilantro soup I ate at a Mexican restaurant (when I had ordered chile rellenos), but was probably a variant of the stomach flu M had the whole time I was gone. The middle part, though, was invigorating, exciting and exhausting. 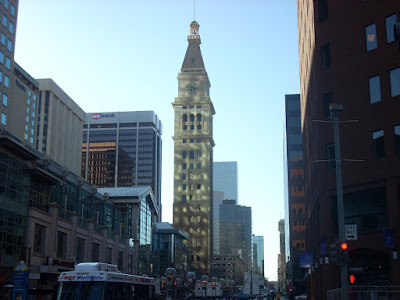 I loved being right there in the city (my sister's apartment is a short walk from downtown) and having everything--restaurants, shops, markets--right at my fingertips. And public transportation? I know the bus doesn't appeal to some, but I would kiss my car goodbye in a heartbeat if I could trade it in for the freedom of walking and taking the bus.

The conference--amazing. Wow. I went to almost as many panels and speakers as I could (I missed one to meet a friend for lunch and by the third day between exhaustion and illness I missed a few more). All of the speakers were really interesting. I went to a bit of poetry, a bit of fiction a bit of nonfiction...all part of my whole "I'm interested in everything; I can't focus on anything" shtick. But I came away from everything inspired, with a list of things to read and ideas of things to write about (I even squeezed some writing in between sessions and in the evenings and mornings). Michael Chabon, though I have read none of his books so far, was such a great speaker I will definitely read them now. And I feel privileged to have had an opportunity to hear Ann Waldman, Gary Snider, Rick Bass and especially Terry Tempest Williams (the fact that she was speaking was about 50% of my reason for signing up) speak. 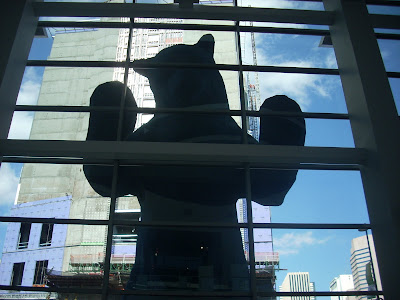 I did not, however, come away with an answer to the question I most wanted to have answered, that is, can (and how can) someone in my situation (full-time job, three kids) pull off an MFA? The students and recent grads who staffed the table at the Stonecoast program were, er, not exactly at the same life stage that I am. Of course everyone has their challenges, and I know from experience that at 23 you think you're already doing everything you can handle doing, but these were not the type of students I was hoping to get inspiration from (duh, the ones with jobs and three kids were clearly not gallivanting around the country going to conferences). Anyway, I think it will come down to my friend JM's (with whom I was thrilled to spend two days with--though I was sick most of the time) philosophy, which is: "you make it work." And then there's the guiding principle of my parenting career, especially since having had twins: "lower your standards." 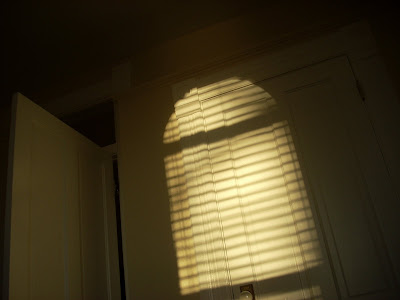 Other than the conference and visiting with two good friends, I spent some time with family. It was kind of surreal, seeing some of them for only part of a day, almost as if I lived there and would see them again the next day or next week. And of course there were the usual reminders of why one might have chosen to live a couple thousand miles away in the first place. 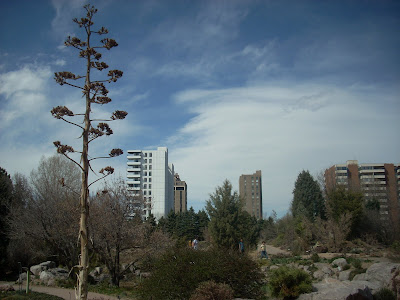 Between illness and knowing how much the boys were missing me (which was a lot more than I had anticipated for some reason, which makes two ten-day residencies per year for an MFA, not to mention a week at a spa in Mexico, seem kinda unrealistic) I was ready to get home. I kept a firm watch over my ID, especially in Logan Airport, where I had to travel a few miles between terminals, exiting and reentering security, and got home just after their bedtime. In our front yard I saw the stars for the first time in a week, and instead of the steady hum of a nearby interstate, heard only the spring peepers and our river, gurgling by somewhere back in the woods.
Posted by Andrea at 3:27 AM