This picture was taken almost exactly 13 years ago, when M fell madly in love with this golf cart while we were at our friends' wedding in Western Massachusetts. I love the sweet earnestness of his expression, and the possessiveness of his hand on the steering column. 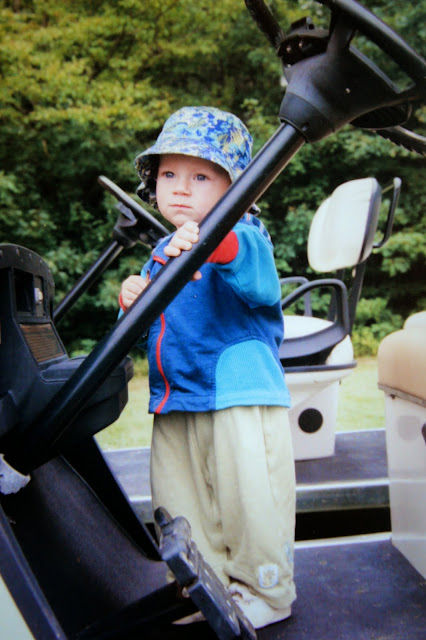 That very same boy turned 14 today. He still wants a golf cart and he still has those arresting blue eyes. But not much else is the same. 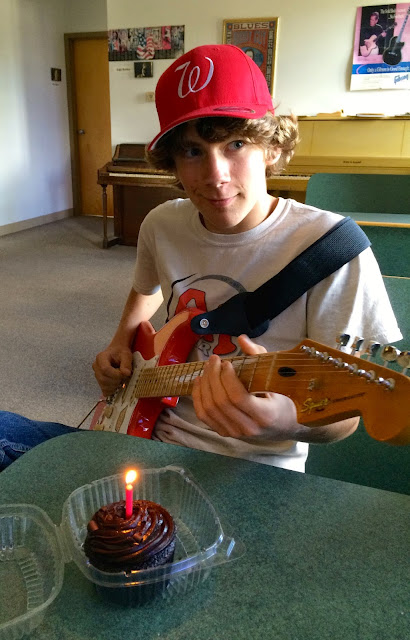 We celebrated his birthday in the waiting room of the music school, between Z's drum lesson and his guitar lesson. Poor kid has had his birthday "party" in the lounge of the hospital maternity ward after his brothers were born and in a park with Subway sandwiches before a baseball game (though he did score the only run that whole game, so maybe it was good luck) and all manner of afterthought, squeezed in when we can do it celebrations. He's a pretty easygoing dude, though, and doesn't seem to mind, and he says he doesn't really like parties.

I had a moment in Target earlier today, where I was last minute birthday shopping, when, as I made my way from the desk lamp to the Beastie Boys t-shirt, I walked down a baby clothes aisle and stopped in my tracks. I looked at all the teeny-tiny onesies and t-shirts and stretchy pants and beanie hats and felt downright dizzy as I tried to grasp the fact that 14 years ago we were in the hospital with this little (okay, big--he was 9 lb. 1/2 oz.) baby. And now? Now look at him. I know it's the most cliche thing ever, but truly, where did all those years go? He's such a great, fun, smart, funny, awesome kid, and I wouldn't change one single thing, but sometimes I wish I could just visit that little guy on the golf cart, for maybe an afternoon. Is that so wrong?
Posted by Andrea at 6:47 PM