Black Canyon of the Gunnison

We had originally planed to go to Dinosaur National Park after Mesa Verde, but when we realized it would entail a full day of driving just to get there, we reconsidered--we'd already done an awful lot of driving on this trip. Instead, we spend an extra day and night at Mesa Verde and took a short (afternoon through mid-morning) side trip to Black Canyon of the Gunnison National Park. 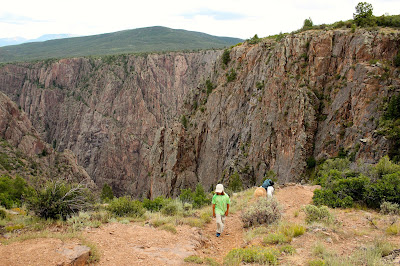 As we drove up from the dusty hills of Montrose, C asked, "So is there like something here worth seeing?" Oh, yes there is. A canyon cut 2,772 feet deep through sheer walls of rock. 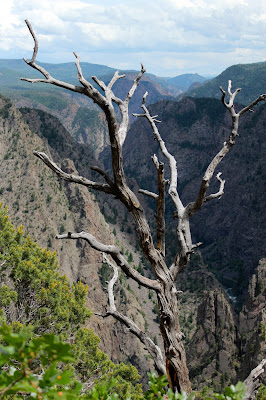 I remember visiting this place as a child, but I didn't remember anything about it--the deep, steep canyon walls (interrupted by pegmatite dikes like this one C and E are standing on--having had a crash course in geology last winter made me happy to know what that meant, but walking partway out on it made me feel positively ill. I've never had vertigo before, but that rock dropped away very very far down). 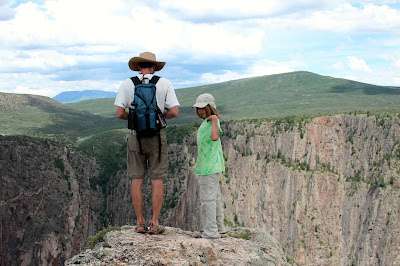 We hiked along a beautiful canyon rim trail that started right from our campground, which was a nice change--most National Parks locate their campgrounds well away from the attractions, for good reason. 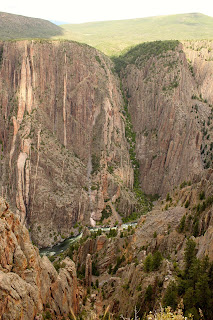 It's called Black Canyon because it's so deep that sunlight barely reaches the bottom. 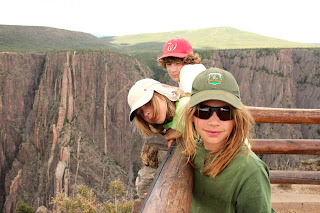 But the rock itself is more purple. Purple Canyon has a nice ring to it, too. 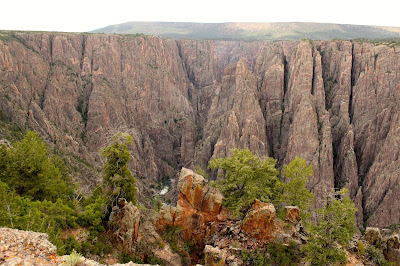 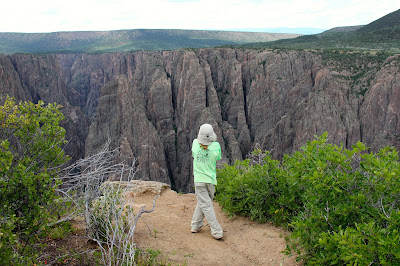 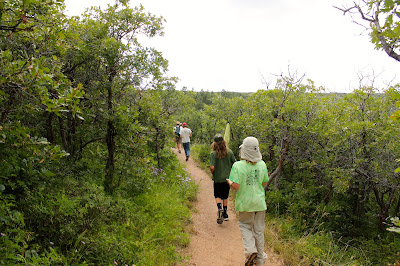 We took a drive down to see the river. It's dammed of course. The water from the Gunnison River, at the bottom of the canyon, was diverted in the early 1900s through a tunnel dug straight though the rock wall to irrigate the farms of Montrose, which just seems completely crazy to me (we watched a propaganda movie in the visitor's center about how great this achievement was). 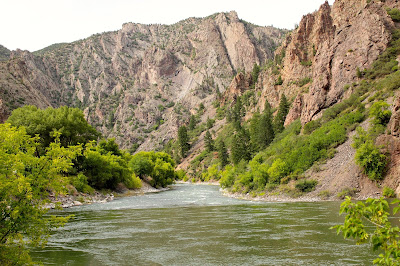 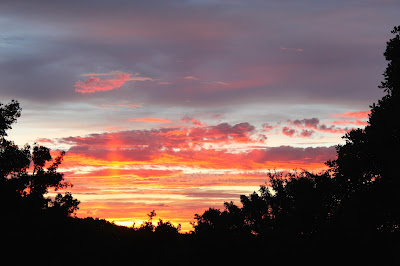 Desert sunsets are the best. 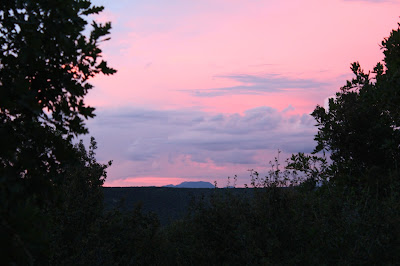 In the morning, we did more of the tin can tourist gig and drove along the scenic highway and stopped at as many overlooks as our offspring would tolerate before we hit the road for our next destination--an afternoon at the hot springs. 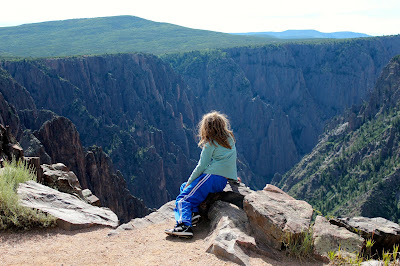 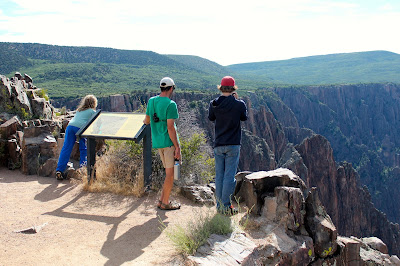 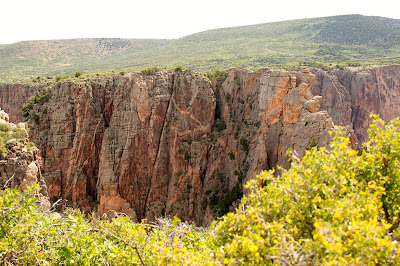 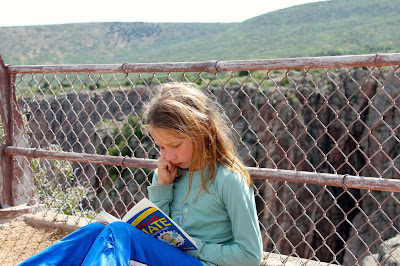 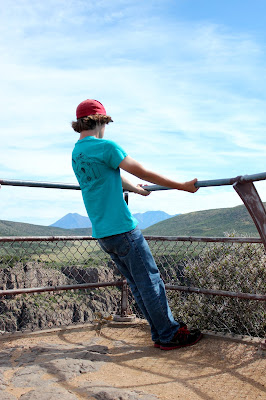 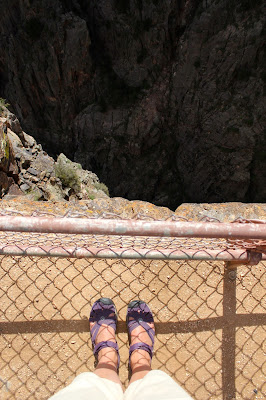 And we left yet another place that C and I would have liked to have explored more thoroughly (especially from below--how amazing would a river trip through that canyon be?).
Posted by Andrea at 6:00 AM