We survived another Birthday Season (aka, Second Christmas). 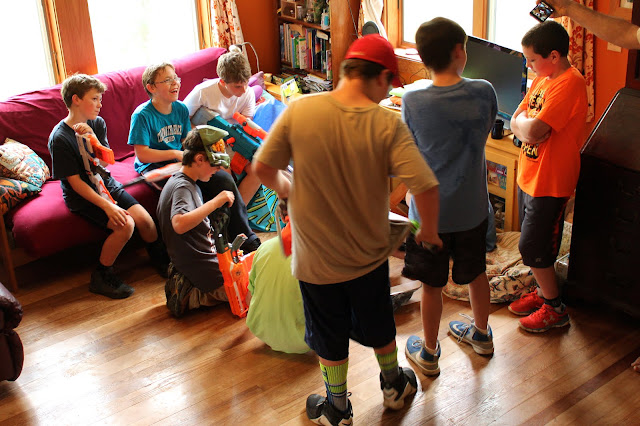 We took E and Z out for Mexican food on Tuesday night (their actual birthday), where they got sombreros and a very gringo birthday song to go with their fried ice cream and sopapillas. 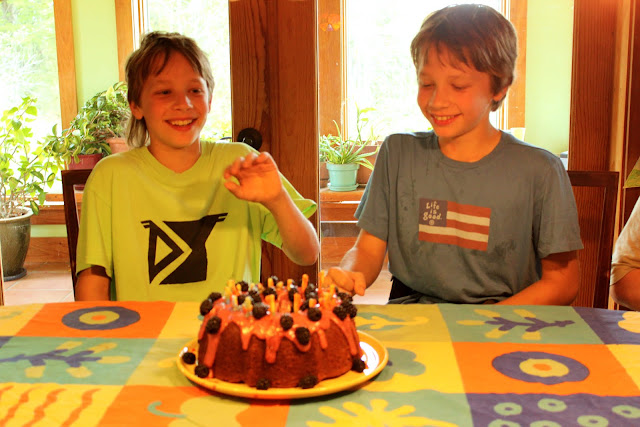 Wednesday and Thursday were just normal days (i.e. baseball games).  And then Friday, M's birthday, we had grandparents over for pizza and ice cream (M requested Ben and Jerry's and no cake. Easy peasy). After the grands left and the brothers went to bed, M and I watched The Terminator, as a kind of rite of passage. I've been so excited to watch that movie with him. Now I can't wait to see #2 and 3. 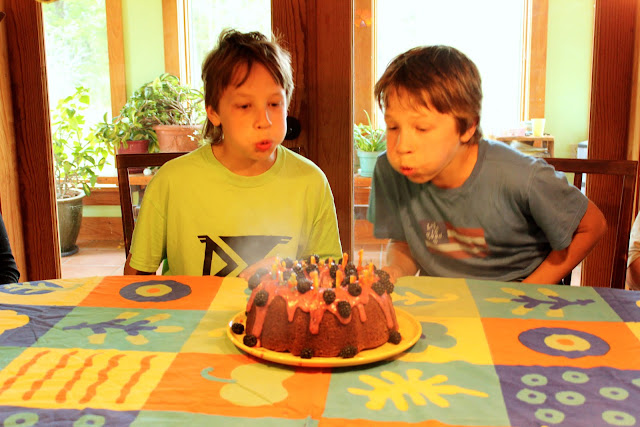 Then Saturday more baseball and Sunday E and Z's party. I told them I would bake a cake and get ice cream, but that they were in charge of the activities. They had seven friends over and there was a lot of running around outside. They wanted to have a Nerf gun battle, which I tried to divert into a squirt gun battle (i.e., outside). The squirt guns didn't get much use, but the Nerf war started close enough to the end of the party that it was over before anything broke. E wanted to have blackberry vanilla cake, and I found a recipe online that uses blackberry jam (of course I can't find it now, but I see several dozen other blackberry jam bundt cakes, and now I want to try them all). The frosting is jam + powdered sugar...brilliant and easy and delicious and I'll never try to fold berries into buttercream again. There wasn't even an iota of objection to it being purple. 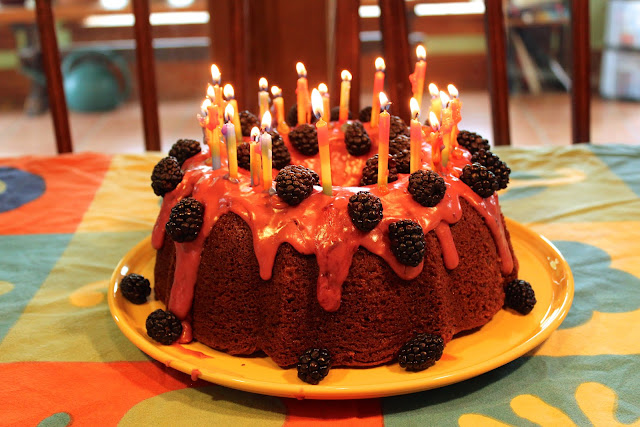 I found that I took Birthday Season much more in stride than I used to. In years past, it was cause of month's-long stress and anxiety. I guess I've calmed down over the years. Or lowered my expectations. Or maybe it comes of having kids old enough to write and distribute their own invitations and organize the party activities without me having to be cruise director. I think 11 is going to be a good year (and 15, too, of course).
Posted by Andrea at 6:52 PM