E and Z turn eleven today, which means it's official: we are careening toward a house full of teenage boys. 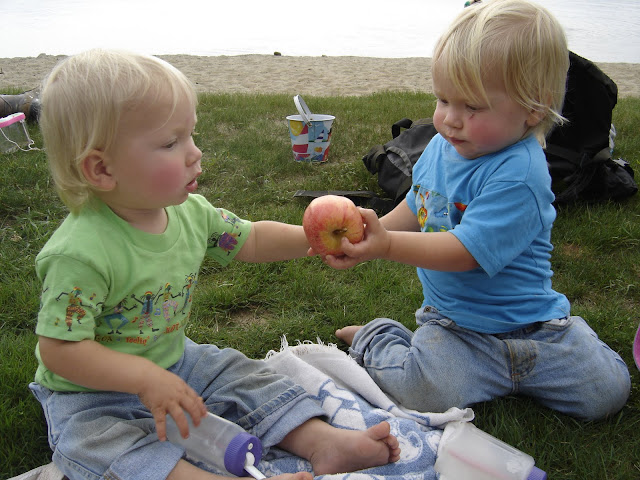 In honor of our upcoming epic camping trip, I thought I'd share this a picture from their first camping trip, when they were about 16 months old. Have you ever taken two one-year-olds camping? It was like they were circuit training and their fitness stations went like this:

I remember saying after we got home that running after the twins in an effort to keep them out of harm's way had been more exhausting than if we'd hiked 12 miles each day. Looking back on it now, I think that weekend must have been more exhausting than our whole upcoming six-week trip will be. I think I've got a bad case of PTSD (post-toddler stress disorder), but gosh, aren't they cute? Those jeans are killing me.

Back then, I could never have imagined that one day they would be eleven years old, and no longer walking tornadoes (well, most of the time). And now I can hardly believe that they were ever that small. Or chubby. Or blond! Parenting is such a strange trip.
Posted by Andrea at 12:00 PM