In amassing clothes for the boys, I had to buy almost everything new, being as they don't already have a closet full of 20+ years' of accumulated clothing, like some of us. This is where places like Campmor, Sierra Trading Post, Target, and outlet stores came in extra handy. Also handy was the fact that their birthdays were just a few weeks ago, so I could wrap up everything I bought and give them as presents. The kids may not have been thrilled by this, but I thought it was pretty clever. 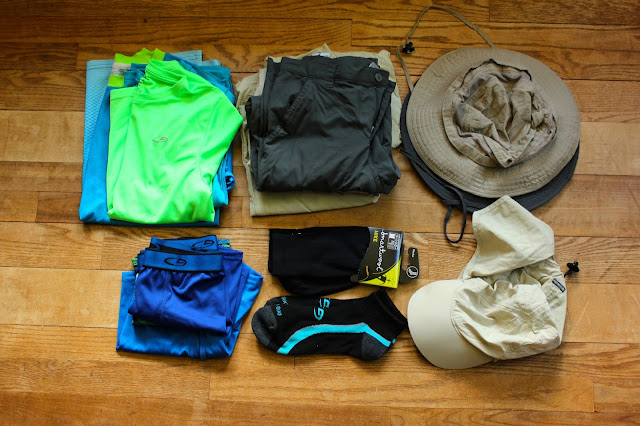 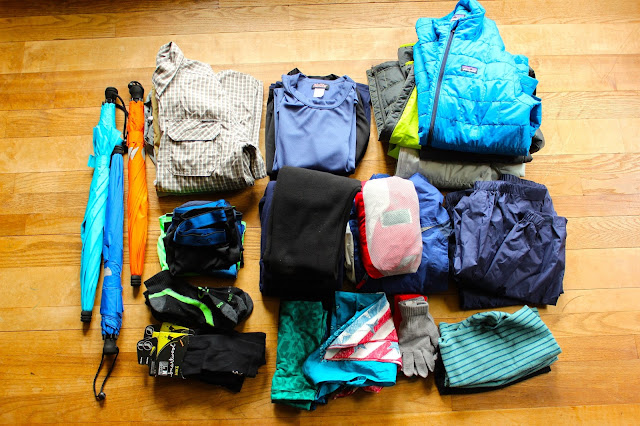 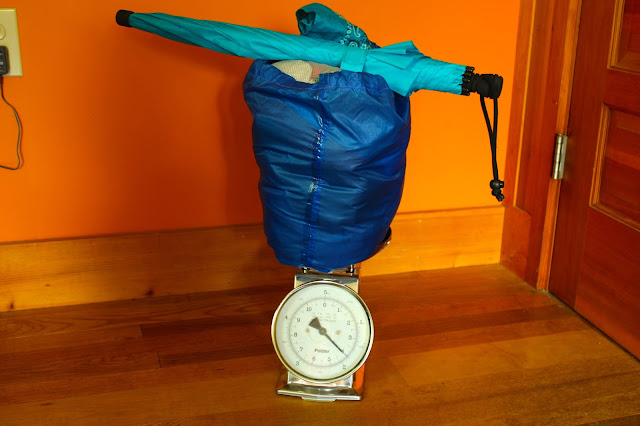 Notes: I'm still using the kitchen (analog) scale for weighing--so numbers aren't as precise as they could be. M's clothes are heavier because he wears bigger sizes. He wears mens' sizes on top, kids' for pants/shorts. Interestingly, it's often easier to find outdoor gear in adult sizes (and therefore easier to find good deals on same). I hope for their base weight (pack, sleeping quilt, sleeping mat, and clothes) to come in well under 10 lbs. On top of that, I anticipate each kid will carry his water and snacks for the day, and M should be able to carry a bit more food. The more food he carries the less I have to. I think I did pretty well, both cost- and weight-wise. We'll see when I put it all on the scale with sleeping gear and miscellaneous items. Maybe I'll get to that this weekend!
Posted by Andrea at 5:30 PM