Time again for the annual I Did It! list, inspired by Lisa Romeo. 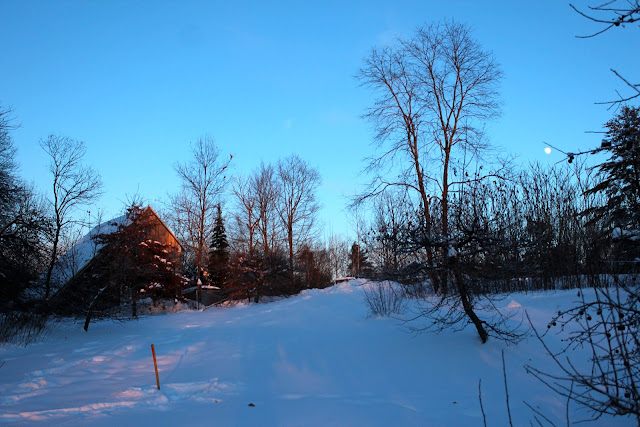 I finished a draft of the narrative part of The Book and put that narrative though one full round of revision. I still have a lot of research to do to fill in a lot of holes, but clearing that hurdle of getting those first round edits into the document felt good!

I continued to write and submit short pieces, especially during the first half of the year. My results:

The reason these numbers don't add up is because rejections, acceptances, etc. include a number of pieces submitted in 2016. Even though my submission rate was almost half what it was last year (24 versus 45), my rejection rate was higher (26 versus 20) and so was my publication rate (14 versus 8), but my acceptance numbers were down (7 versus 9). What does all this mean? I have no idea.

The low submission number has to do with me focusing on writing short pieces and getting them out in the world during the first half of the year and turning my attention to The Book during the second half (only two submissions since May!). I would like to find more of a balance between The Book and keeping short pieces flowing next year.

Right now I only have two essays that are finished and making the rounds of literary journals. They're two of the best pieces I've ever written, I believe, and they're having a hard time finding a home. Probably because I insist on sending them only to paying journals. I've got a bunch of partially written essays on hold in the files and numerous short stories on hiatus. At some point I have to address the gap between essay and short story—why am I having more success with the former than the latter? Which stories in the queue truly have merit and which need to be retired? I also want to write more fiction, despite the challenges it poses.

Other writing activity:
I also continued to co-edit the Literary Reflections department at Literary Mama, wrote 90 blog posts (my lowest number since the first two years of the blog), started a monthly-ish newsletter, and created a new website. I attended a poetry festival in Augusta and an alumni weekend at my MFA alma mater, each of which was as good as a writing conference and much more affordable.

On the financial front, my writing balance is in the black! It's not much, in terms of trying to survive (or even buy the occasional cup of chai), but my income from publications and teaching workshops exceeded my expenses of buying books and office supplies and paying submission fees and alumni weekend registration, Duotrope and Maine Writers and Publishers Alliance membership fees, and cloud storage costs. I've reached my goal of not spending more money on writing than I earn. Now I just need to earn enough to live on.

Travel I Did Its!
I took the boys on a road trip to Colorado and back home (via Utah, Wyoming, and South Dakota). This was the first time I went on a road trip as the only adult (though I had some driving help from M), and I think I did pretty great (we never ran out of gas and we never succumbed to a hotel room, camping the whole way there and back). We even survived a rare Utah Hurricane which threatened to float our tent away. And my kids had fun!

Crafty I Did Its!
Making things by hand has taken a bit of a backseat to writing this past year, but I still appreciate the satisfaction of creating a tangible and usable object—a different and often more immediate satisfaction than writing. A few things I made:

Art I Did Its!
I taught myself to watercolor by painting every day for 100 days over the spring and summer (and continuing not quite as religiously since then), following some online tutorials and attending a couple of painting classes at my friend's studio. Watercolor painting is something I've wanted to learn for years and this project not only got me started painting, but also taught me the value of doing something every single day—you actually get better!

Nature I Did Its!
I  taught a couple of nature journaling workshops and have been volunteering at a local nature center, helping lead groups of fourth graders through the woods and trails. I've also put my newly acquired watercolor skills to work in my nature journals. I compiled my birding Life List and went on several bird-watching expeditions, each of which added a few more birds to said list. C, E, Z, and I again did our Christmas Bird Count route. In general, I paid a lot more attention to birds.

Phew! That's a lot for one year! Can't wait to see what 2018 has in store, and I'm a little worried about how I'll keep track of it all if I'm not blogging next year.
Posted by Andrea at 10:23 AM

Email ThisBlogThis!Share to TwitterShare to FacebookShare to Pinterest
Labels: crafts, i did it, published work, travel, writing