I've had the idea of making a farmyard quilt/play mat for a long time. Many babies of our acquaintance have been born and outgrown the play-on-the-floor-with-tractors stage during that time and I just hadn't pulled it off. 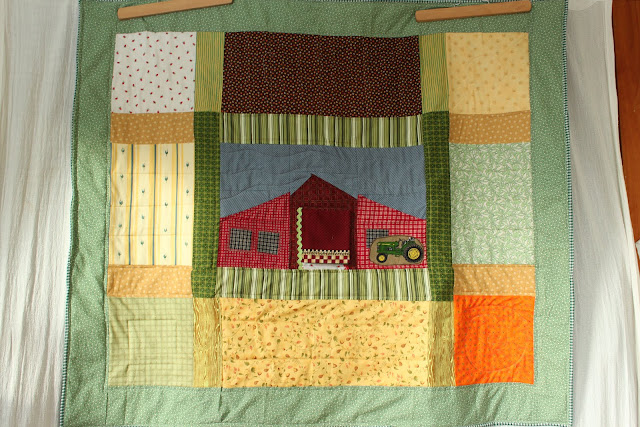 And then the sweet young couple who own the farm where M works had a baby in December and I knew it was exactly the right time to finally make the quilt. 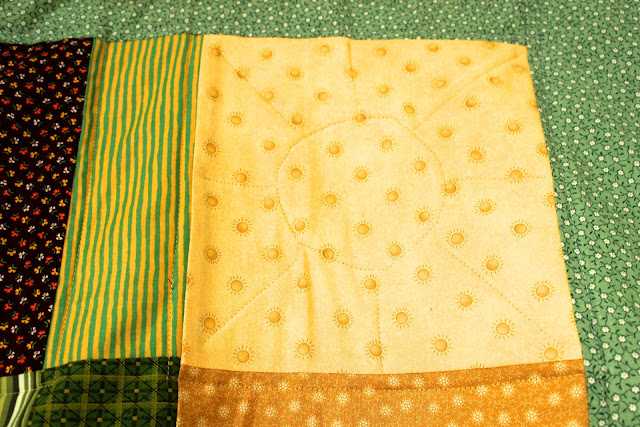 M and I used to pick strawberries at the farm and shop at the farm store when he was little. It was under different ownership then, and he named the farmer and little girl in his Playmobil tractor set after the farmer and his daughter. 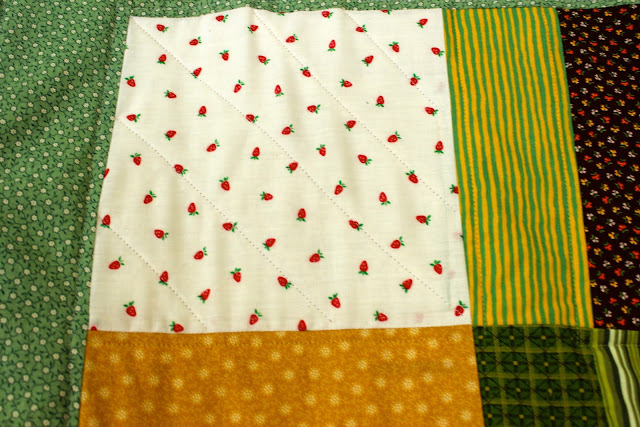 As a tot who loved tractors ("tack-tah" was his second word), I think M would have dug driving all his toy farm vehicles around on a farm quilt, and hopefully the little guy who will be driving around toy (and probably real) tractors way sooner than his parents can possibly imagine, will dig it too. 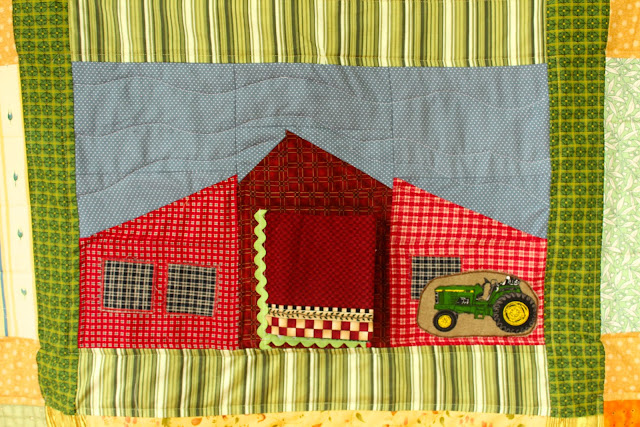 I modeled the barn after the one where M sits in the summer, handing out quart containers and ringing up pick-your-own strawberry purchases (though I accidentally tilted the asymmetrical roof the wrong way—oops). And I hid a little cowboy behind the openable barn door, for a fun surprise. 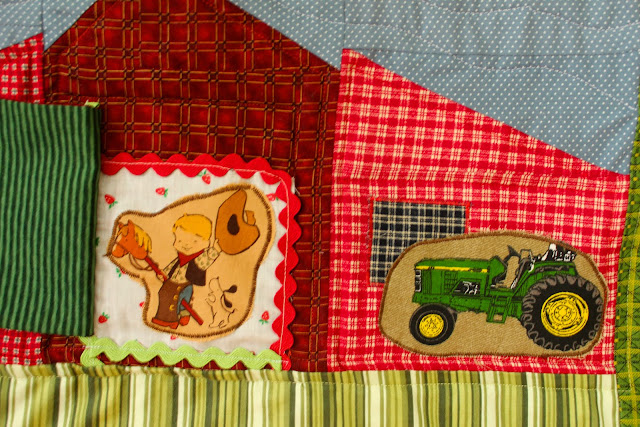 I don't know how to do the quilting part of quilting (I usually take mine to be done at the quilt store) and I lack a proper walking foot (though I learned later that for freehand quilting, the thing to do is use a darning foot and put your feed dogs down). So I just kind of winged it on this one. It ended up a little rumpled and puckered, but I figure the more imperfect it is, the easier it will be to throw it on the floor or grass and let the littlest farmer have at it.
Posted by Andrea at 5:57 AM