For a very, very long time, it has been my goal to get a new sofa--one that has never had anyone else's butt in it before. One that doesn't come pre-stained and cat-scratched by its previous owners. Preferably a midnight-blue velvet one with a camel back, scrolled arms and claw feet. In other words, one that is nothing like this, the latest in a long line of hand-me-down couches: 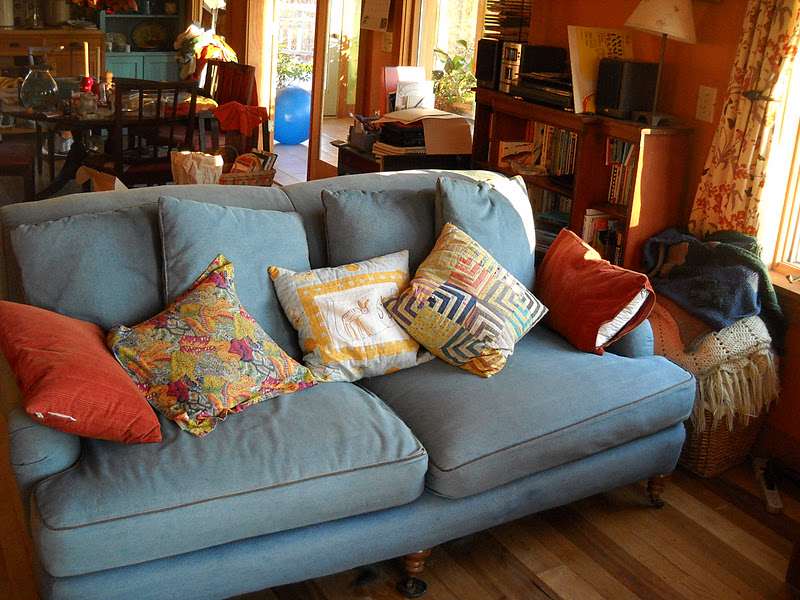 I really wanted a sofa that is free of chemical flame retardants. But those are very expensive, and the selection very limited right now (it should get better soon, with the amended version of California's TB117 taking effect this year, but in the meantime, manufacturers are likely dumping their old stock of flame-retardant-saturated furniture). And I wondered if it's quite wise to spend that much money (if I even had that much money) for a couch when I have three children who view the furniture as playground equipment. So, instead I ordered online a wool-stuffed futon mattress, frame, and organic cotton cover. 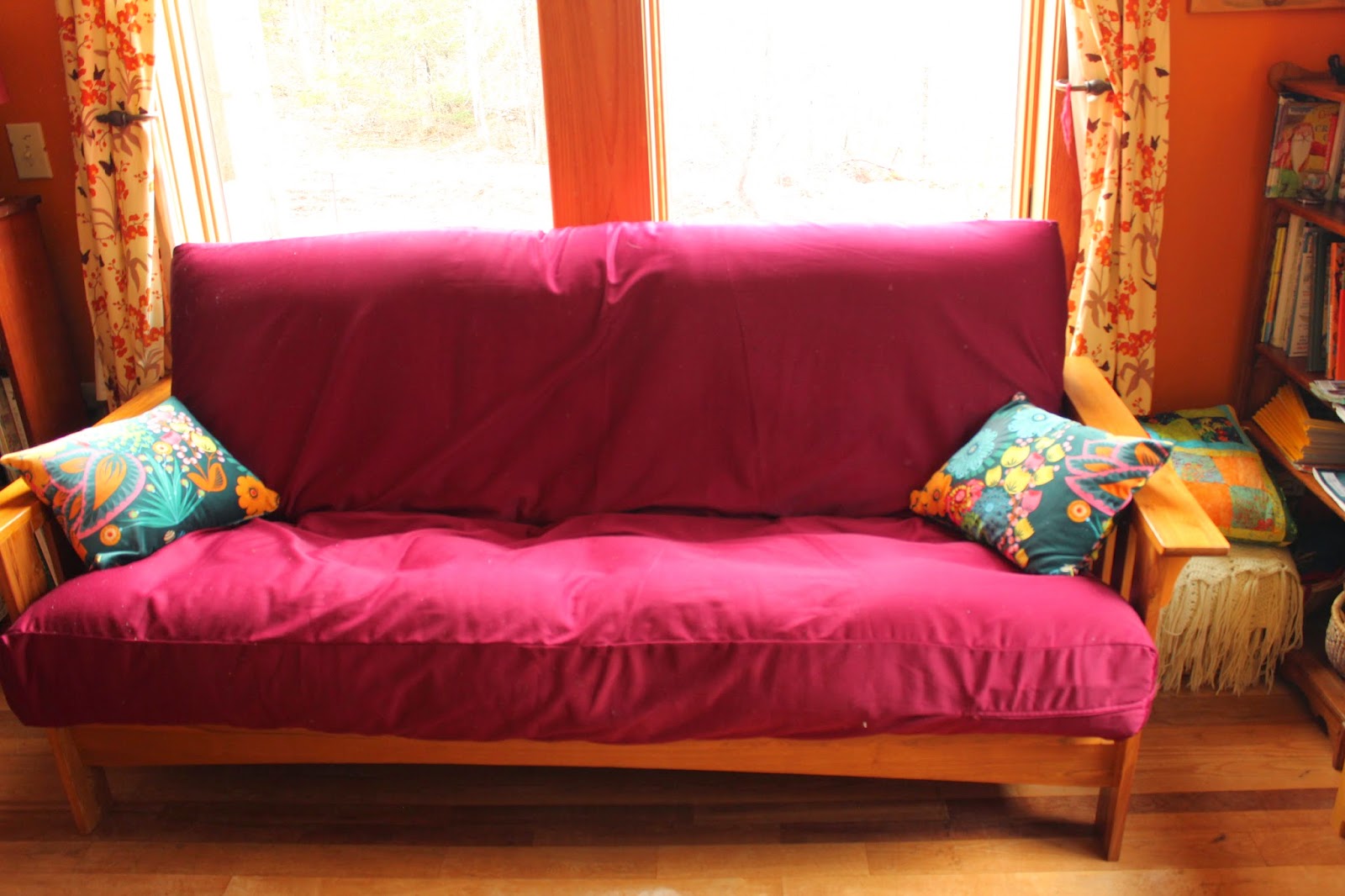 I ordered the cover in "plum" (they did not have midnight blue), but it turned out to be a lot more raspberry than plum (when I opened the box I may have shrieked, "It's pink!" Pink being my least favorite color). 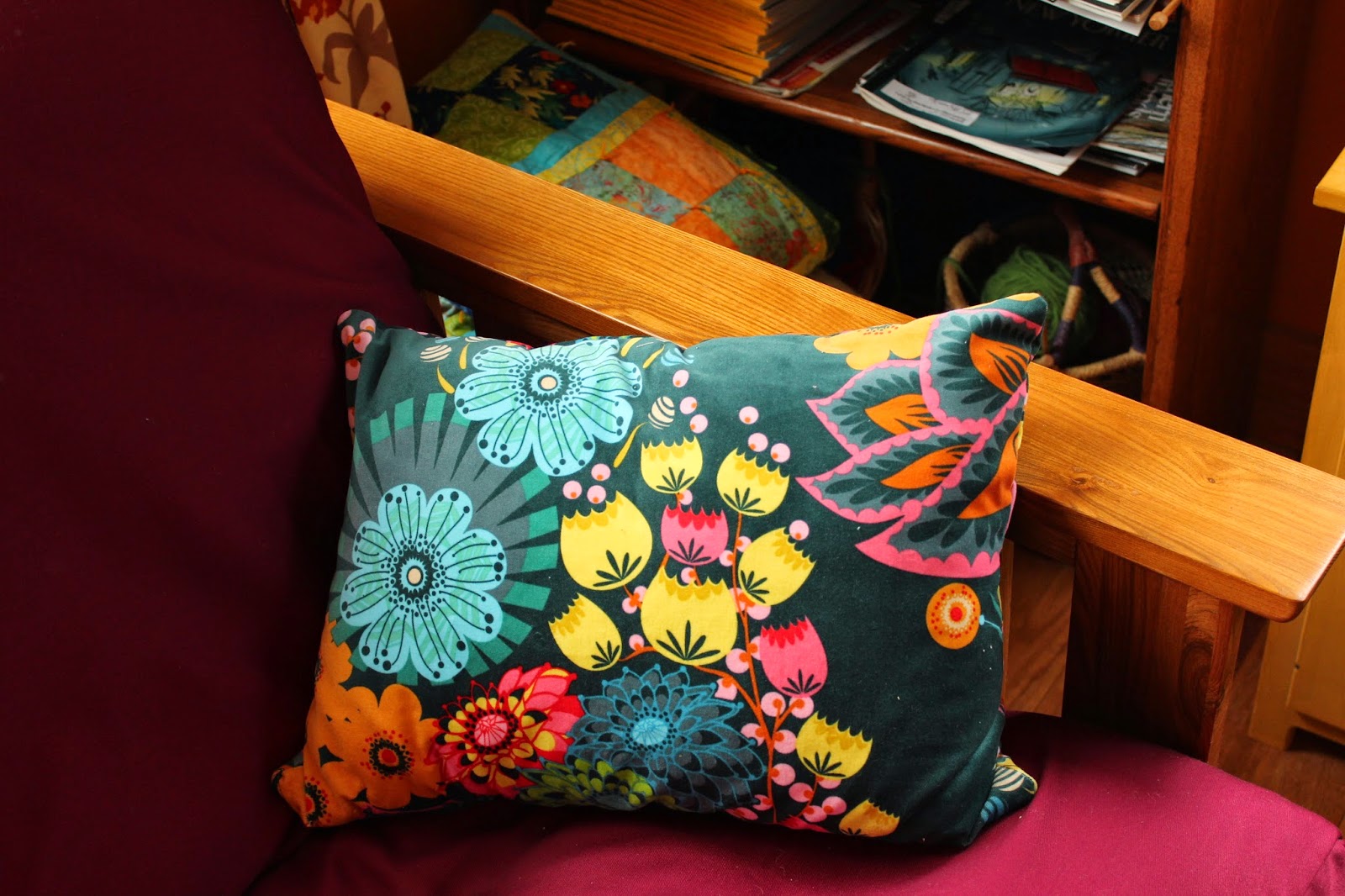 But I rallied and sewed up two bolster pillows in midnight blue velveteen from a long piece of this now totally impossible to find Anna Maria Horner fabric that I had purchased as part of an infinity scarf kit I never got around to making. 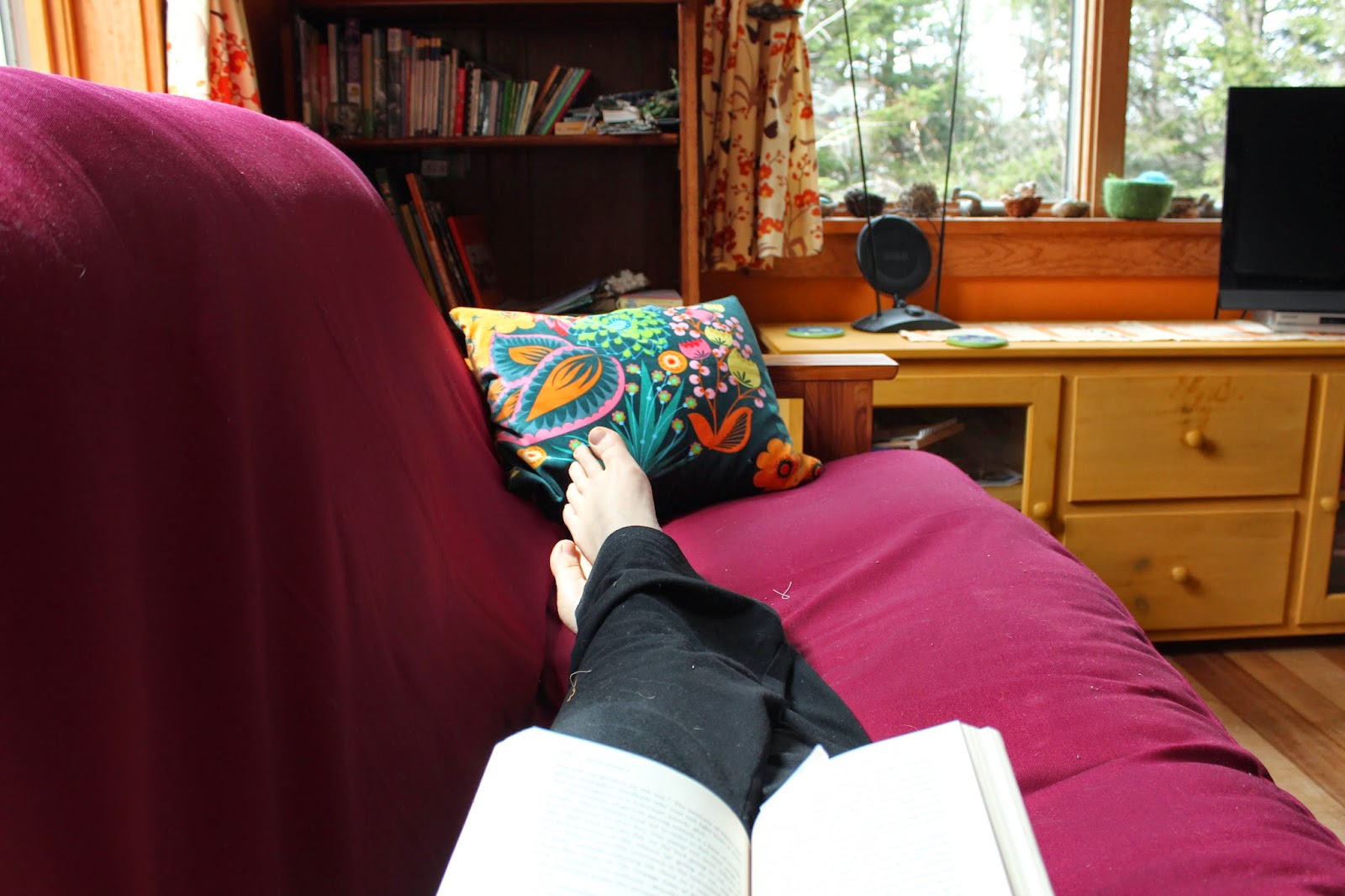 They are gorgeous, with a little of all my favorite colors--orange, yellow, turquoise, lime--and even a little pink and raspberry, to go with the couch. I wish I had had the sense to buy several yards of it when it was available. I also have two more pillows in progress, as well as a clean-up and repair of The Owl and Pussycat pillow. 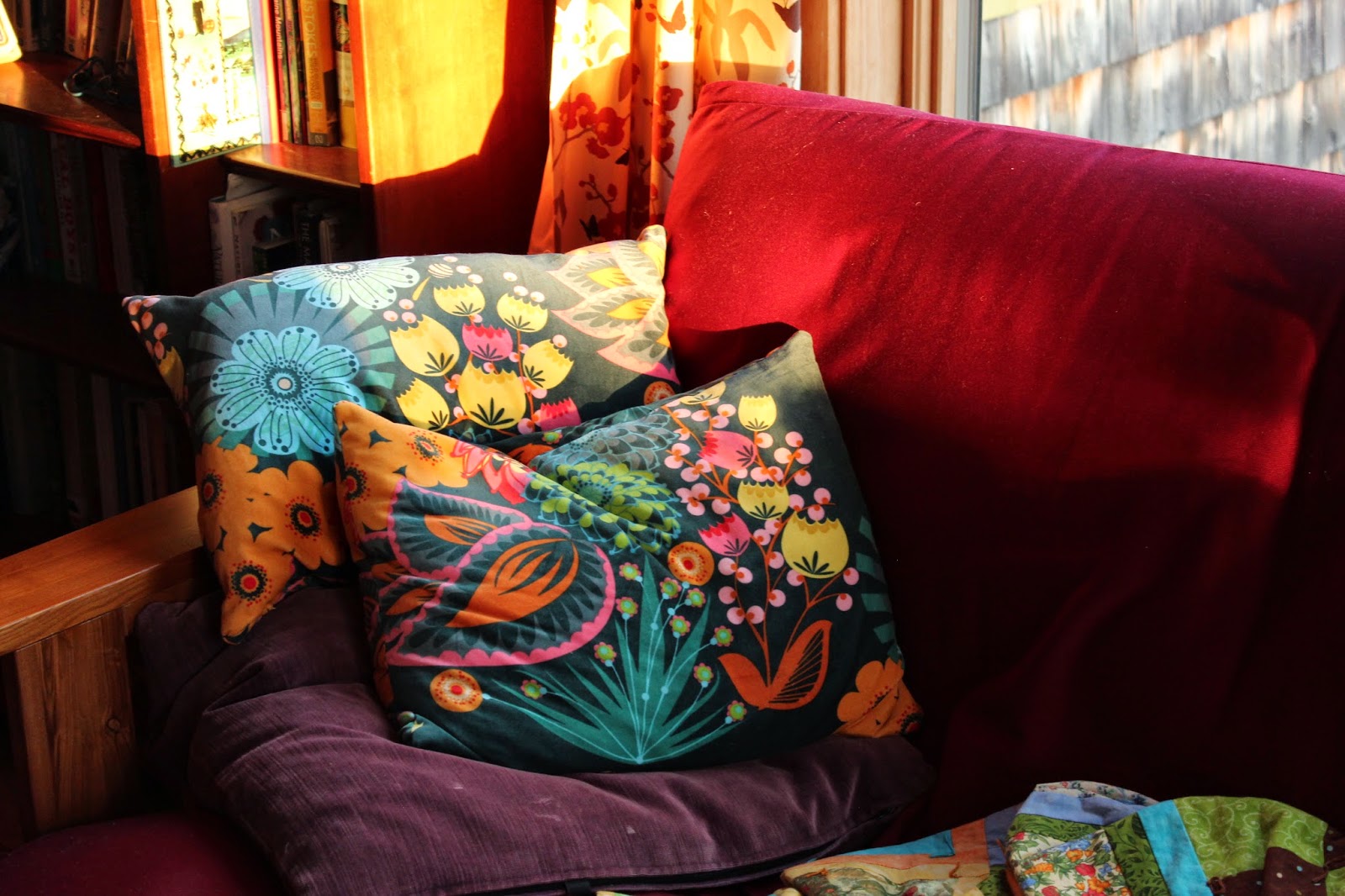 Despite the less-than-ideal color, and despite the fact that it would look a lot more at home in a college dorm room than on the set of Downton Abbey, I'm pretty happy with it. It's nice and big enough for the whole family to squeeze on together, and it's not made up of all kinds of loose parts, like our old couch, which continually found their way to the floor (the boys have been warned that my pretty new pillows are neither swords nor projectiles). And the wooden arms are a perfect place to put a cup of tea (for grownups only, of course). Now, except for a piece of artwork, for which I'm continually on the lookout, I think I'm finally done with our living room overhaul (with the additions of the mantle and piano)!
Posted by Andrea at 7:00 PM