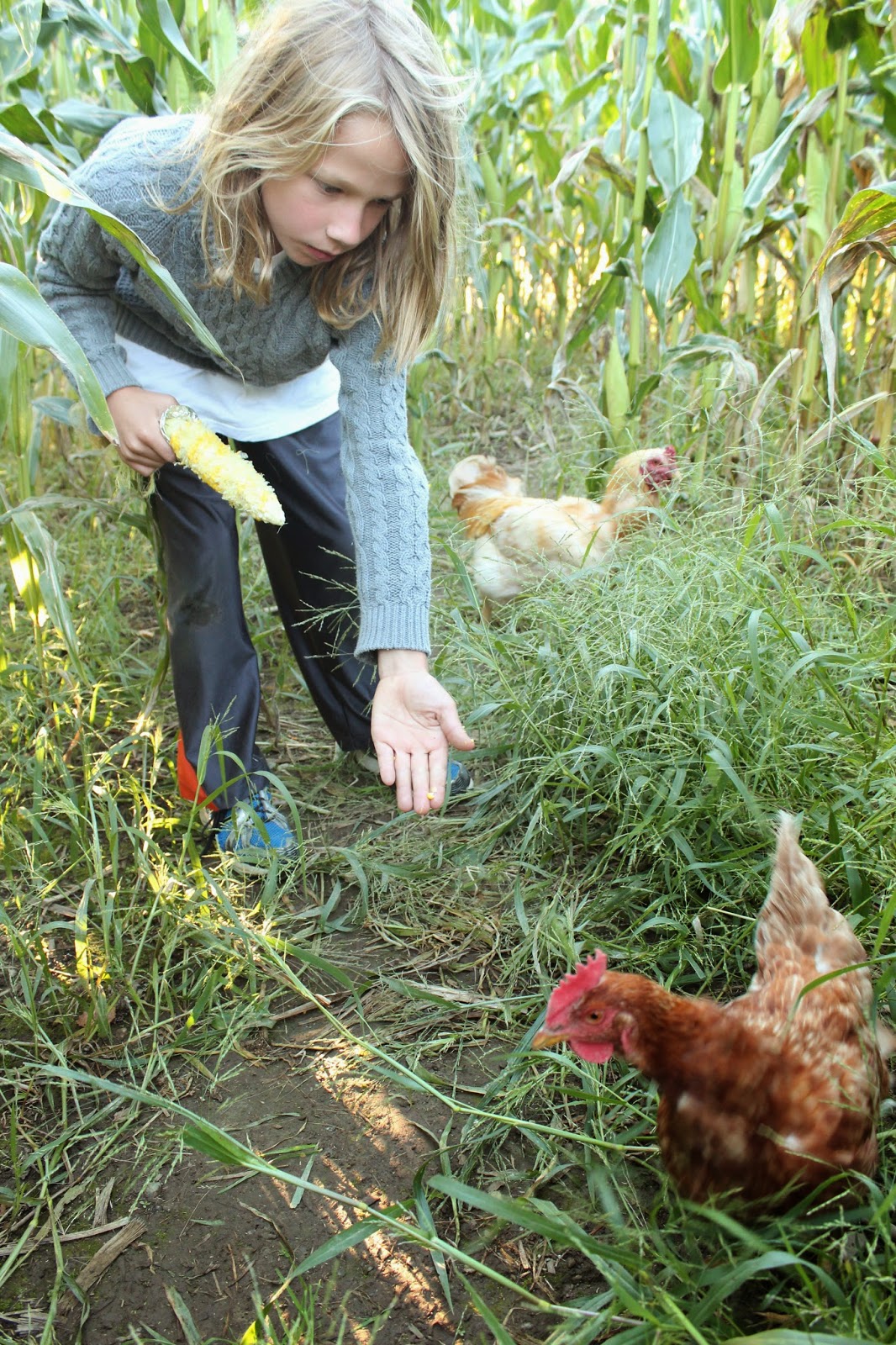 Sometimes, I think, "Oh, we should go do such-and-such," but then I can't quite triangulate the two free days a week to fit such-and-such in.


And though most of the time it's nothing very important, or life-changing, like a corn maze, it's nice to get out of my own way now and then. 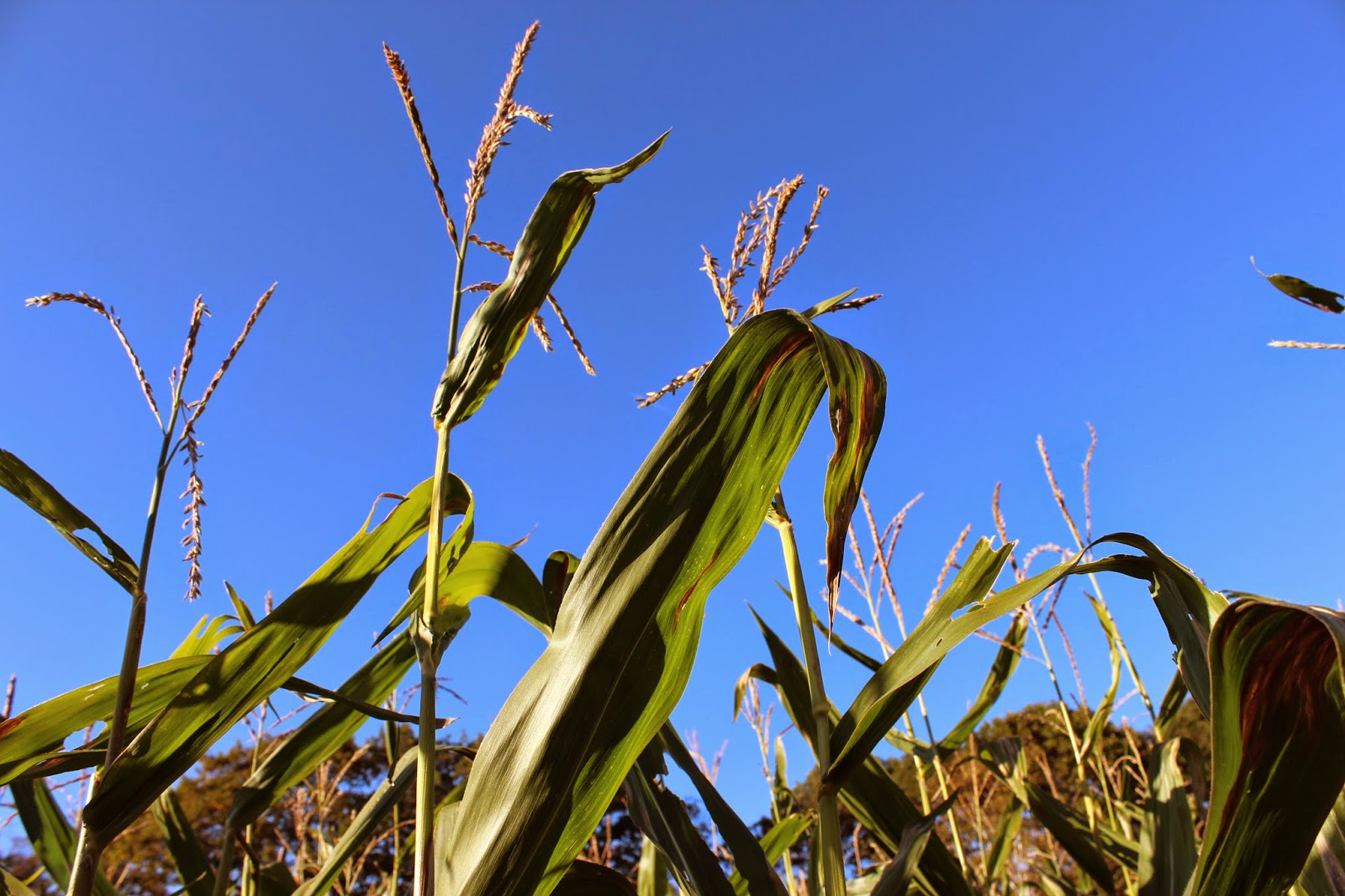 The last time we went to a corn maze, M was three years old. The next fall, I had two babies. A corn maze was out of the question. And all the falls since, I just never could get around to it, even though there's a farm with a corn maze only fifteen minutes away from home. 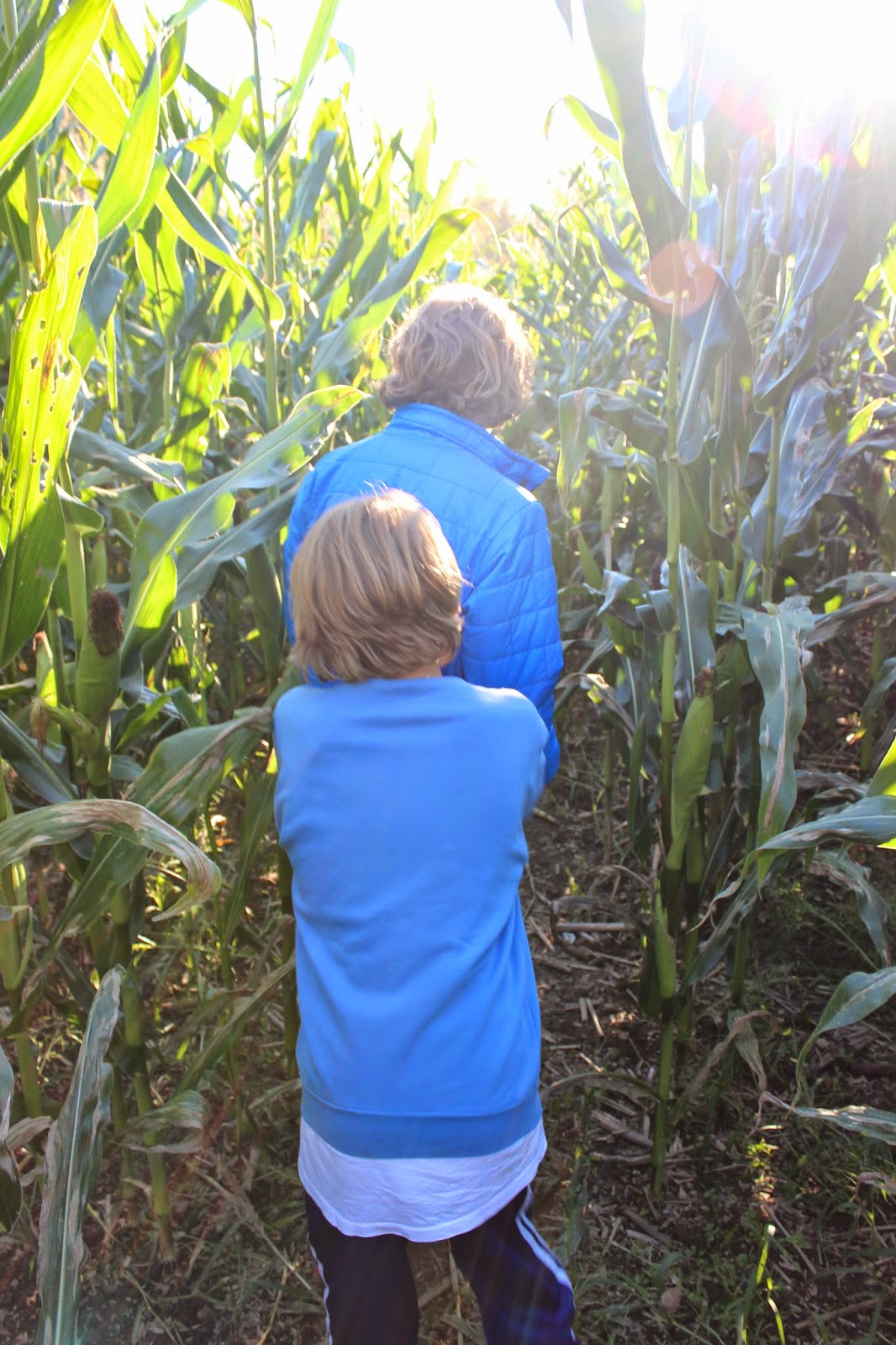 Then a friend suggested we go to a different corn maze--one an hour-and-a-half away--on Halloween.  And because that was way more daunting than the corn maze down the road, that I hadn't mustered the energy to go to in then years--and, let's face it, because I like to be in control of the situation and do everything on my terms--I got it together and we headed out one late Sunday afternoon. 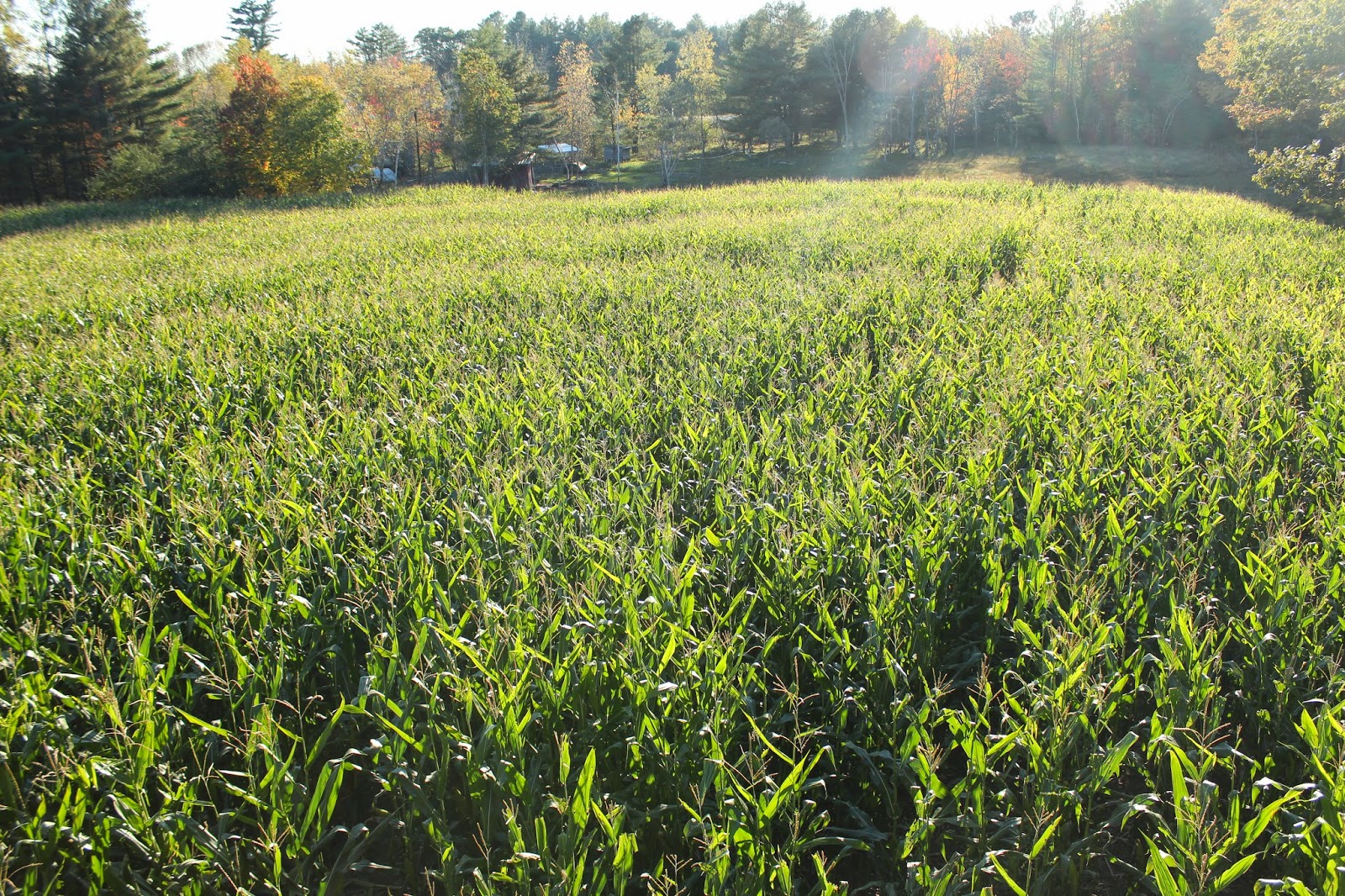 The boys got their money's worth--running up and down the rows of corn with their friends for nearly an hour, eating ears of roasted corn, making friends with the chickens that free-ranged in the maze. I wandered the rows, a bit in awe of this grass--grass--growing higher than my arm can reach. It's not much of a corn patch, by Iowa standard, I suppose. But it was a pretty amazing place to spend an afternoon.
Posted by Andrea at 5:41 PM