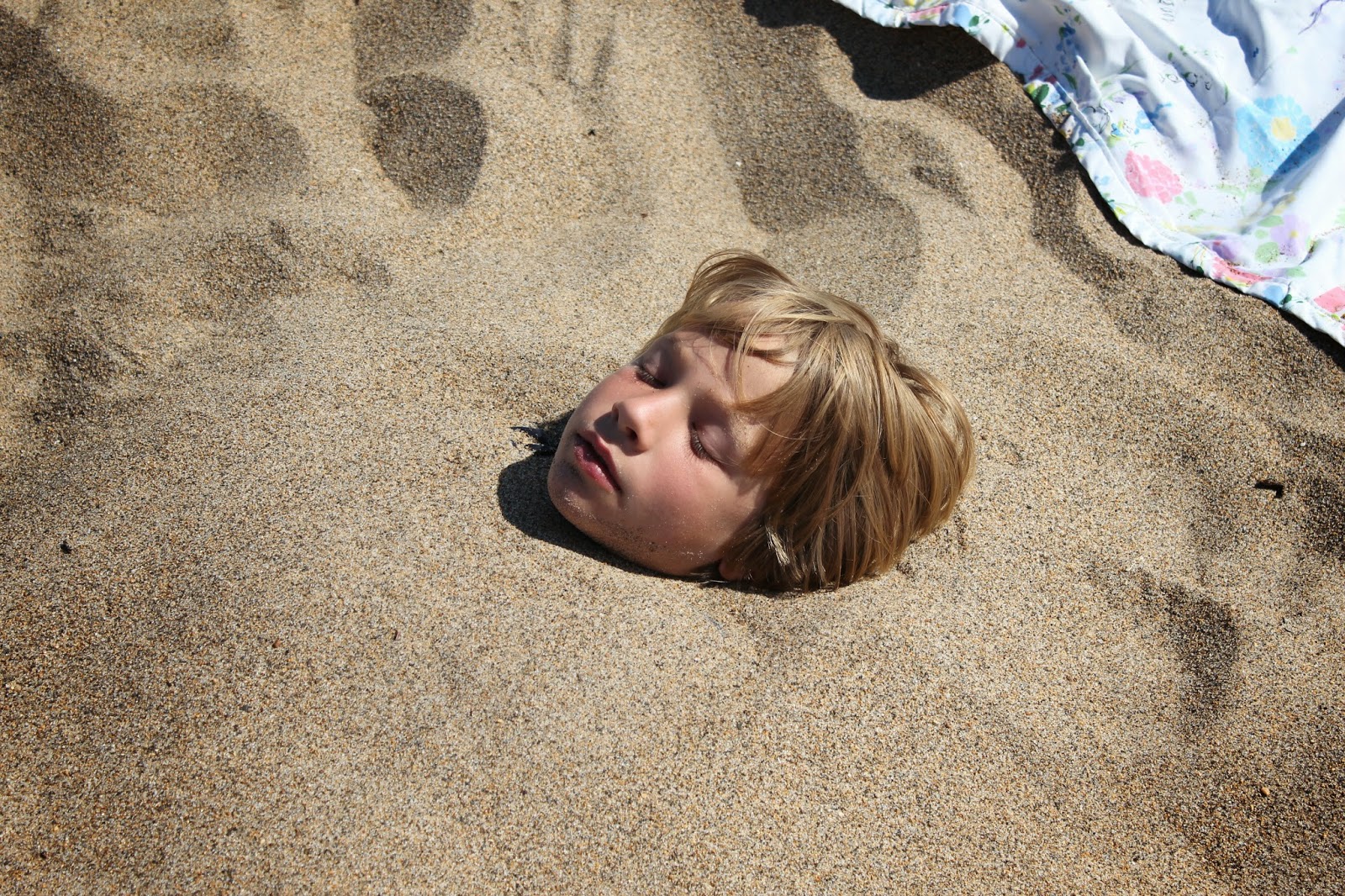 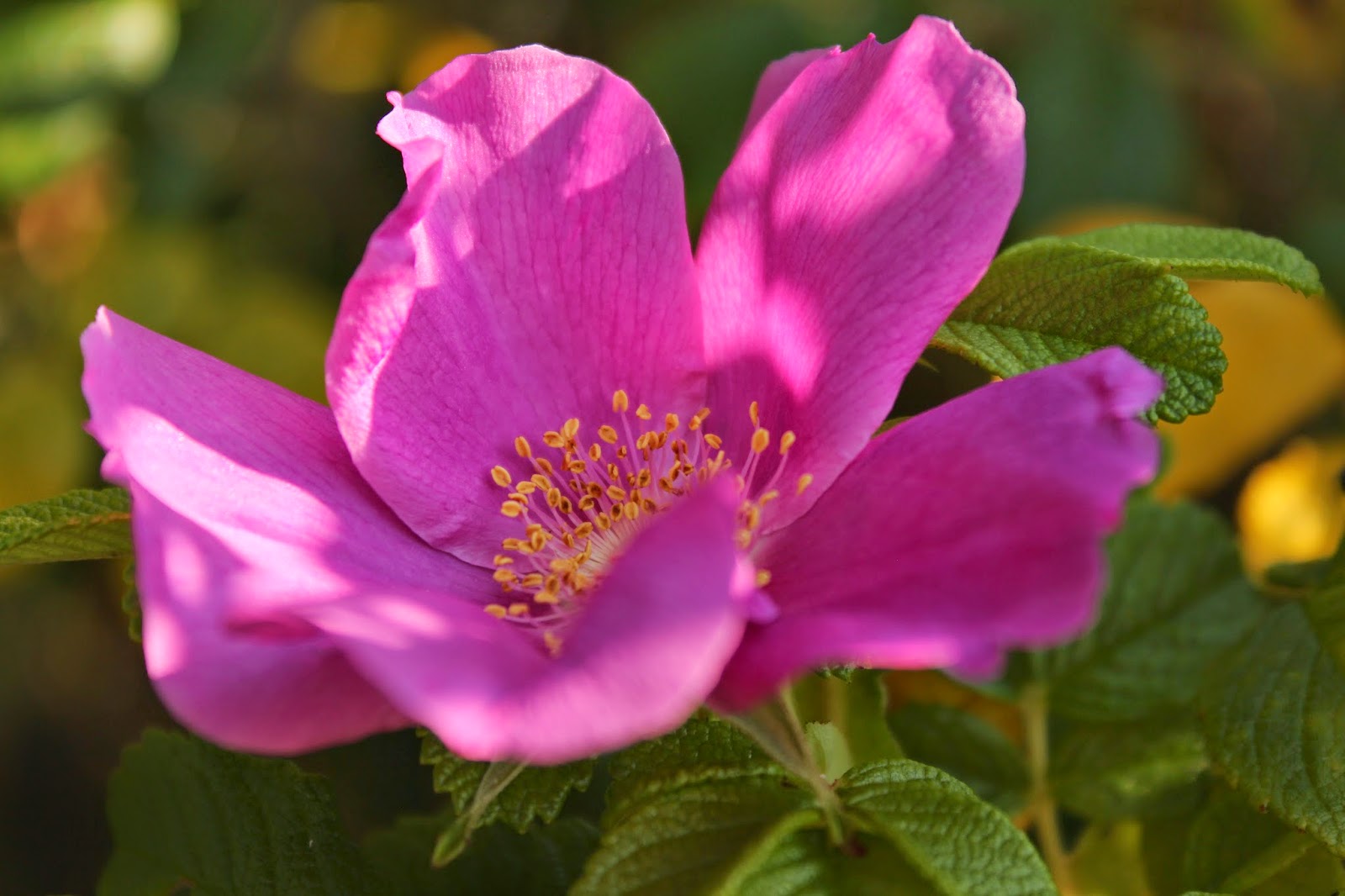 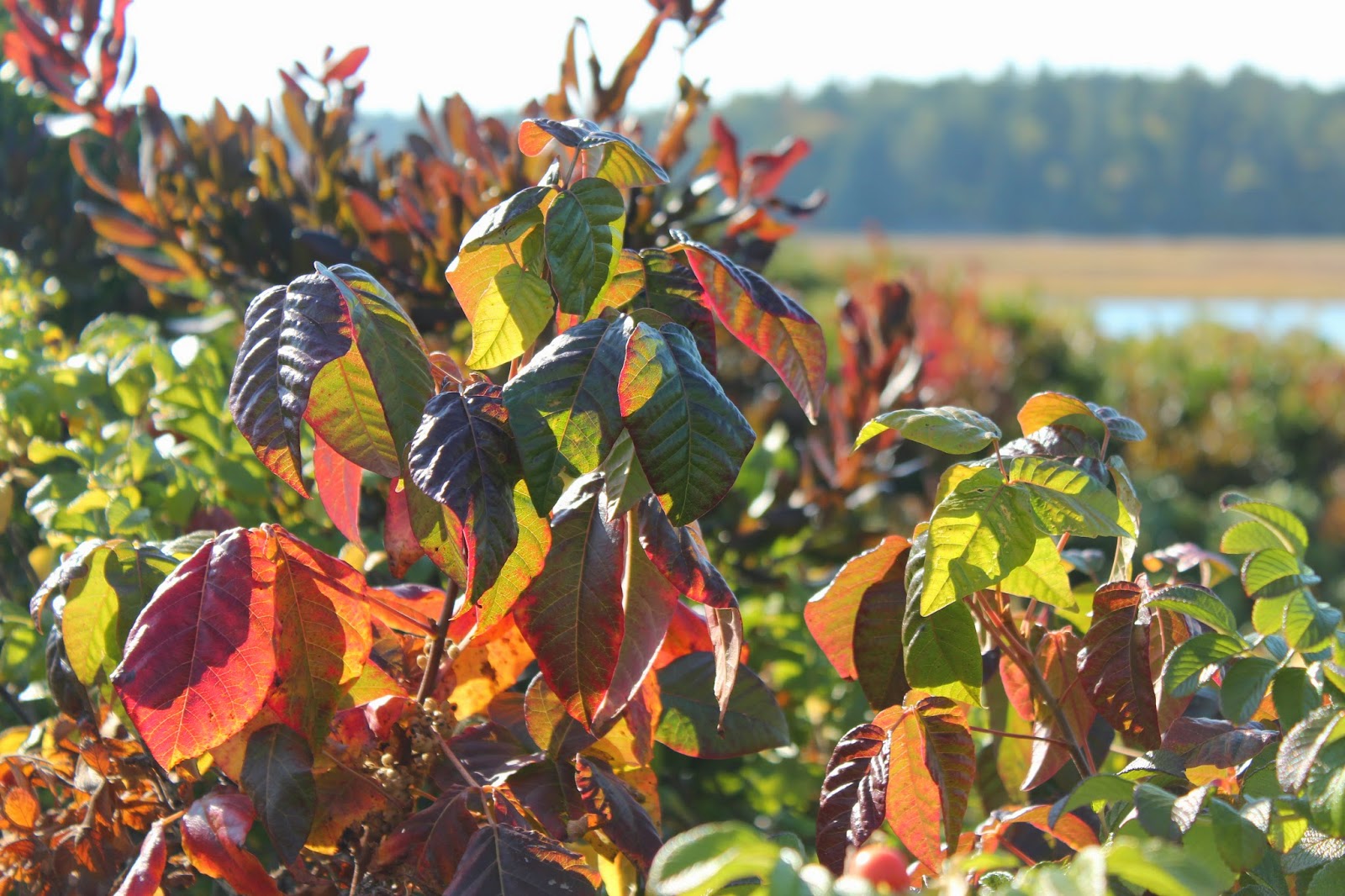 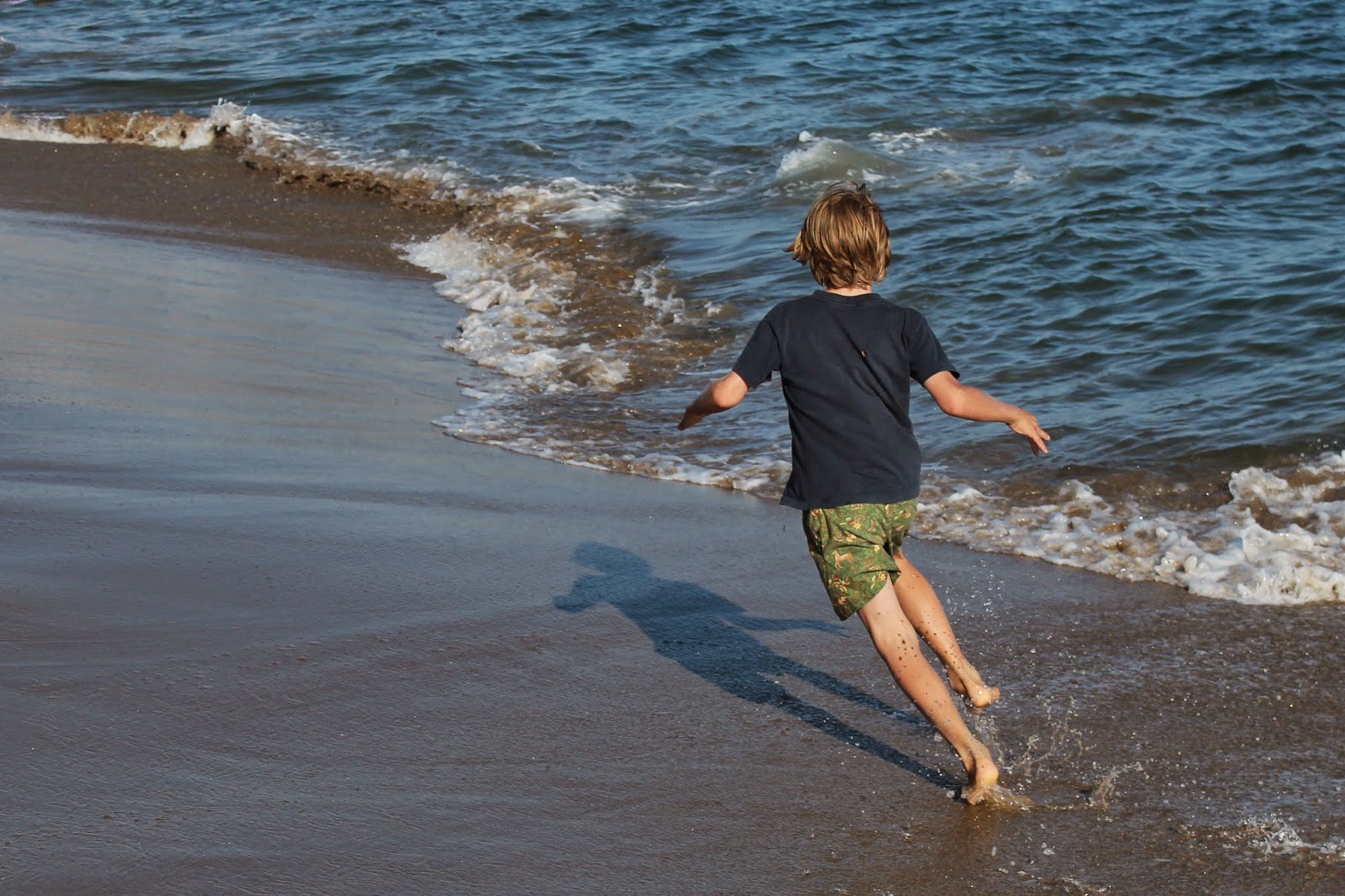 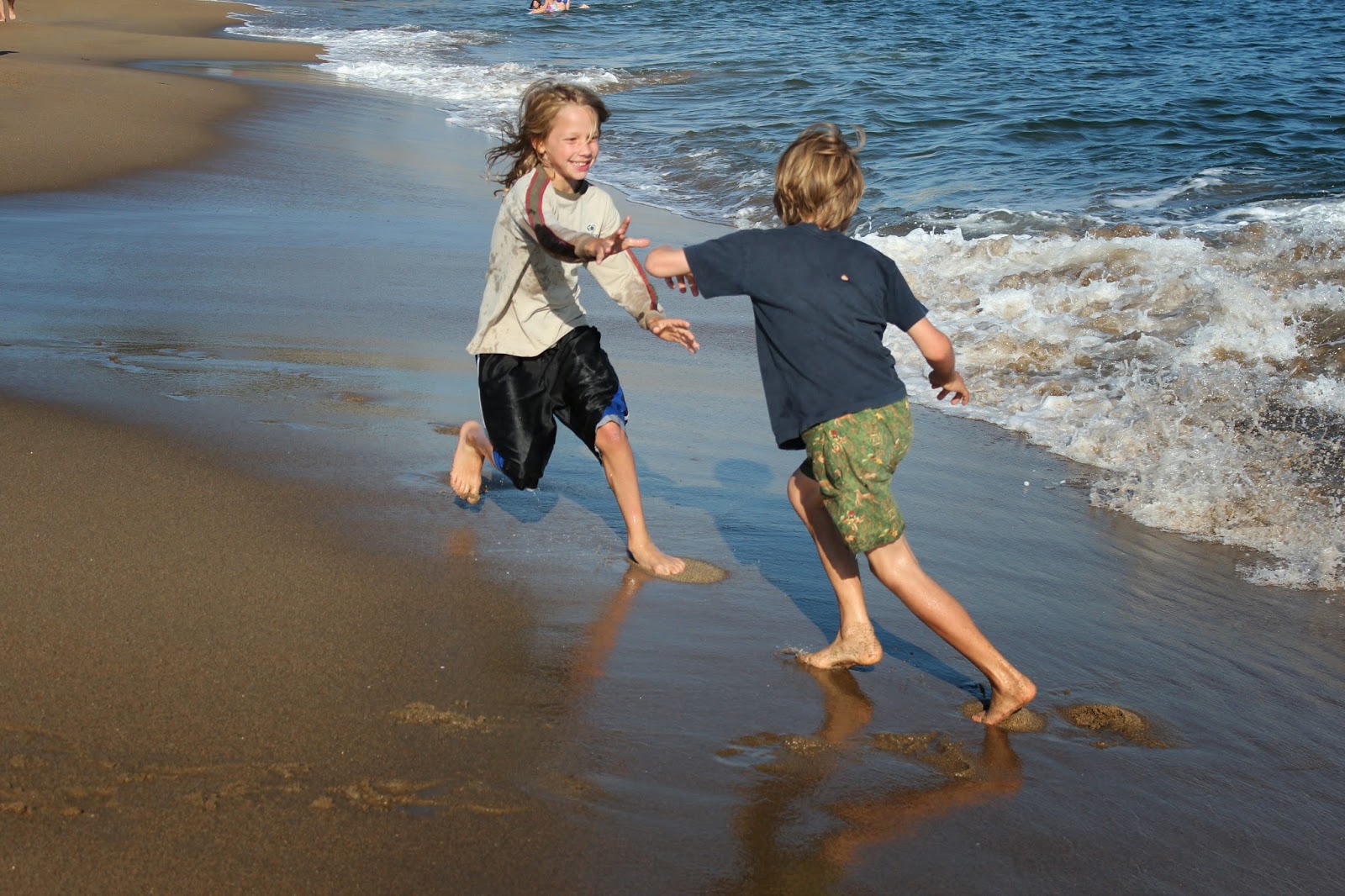 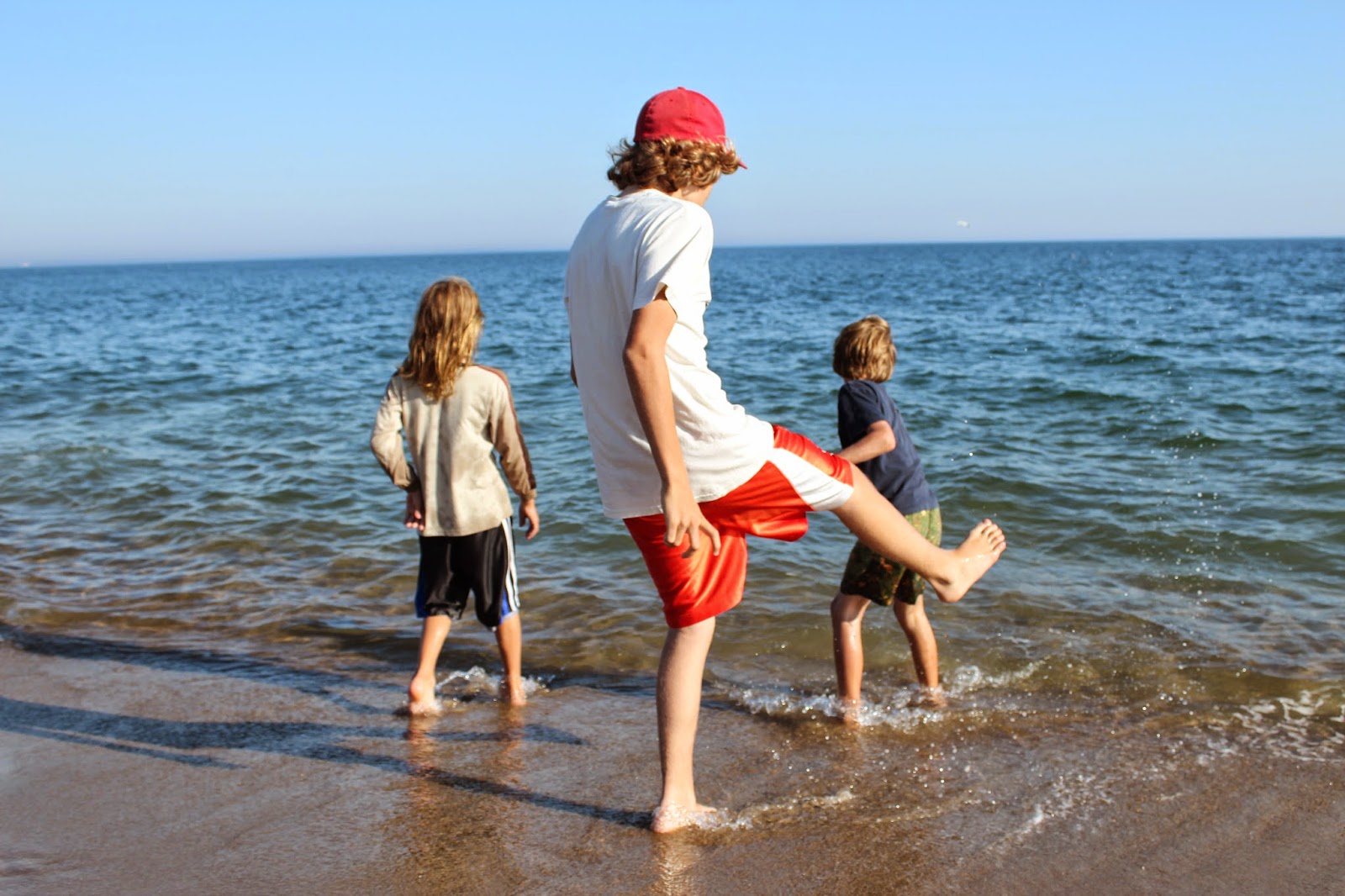 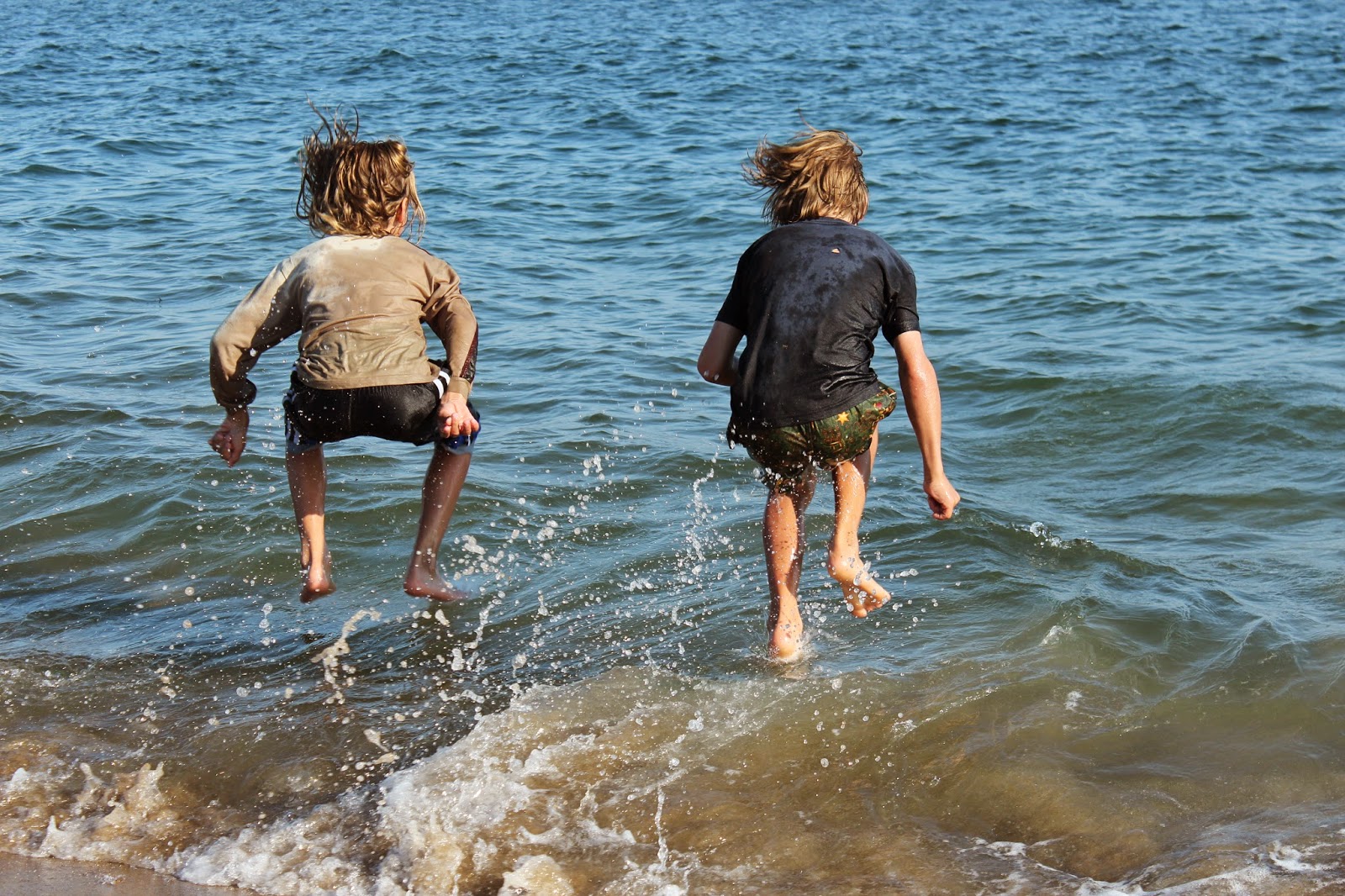 We had a short, sweet return to 80-degree temperatures this past weekend. On Saturday, M and I went to see one of his favorite musicians, spending a long, fruitless hour driving confusedly around southern Maine in an attempt to find a destination I wanted to hit to make our trip more worthwhile (but got a brief stop at a nice beach and saw lots of fancy coastal houses we'll buy when we become rock stars/blockbuster novelists. Hopefully that will happen before the sea level rises too much and sinks all our dreams) on our way down. Fortunately, we left early and our musician started late. It was a great show, despite being located in a hot, unattractive industrial parking lot, and M got to meet Samuel James briefly, before he had to go and get water to stave off heat stroke from performing onstage in the direct sunlight.

Sunday, the whole family went to Reid State Park, accompanied by much grumbling by the two boys who have decided they HATE the beach. And just to prove it, they stayed in the sand all day, not going anywhere near the water. Until just before we left, when I said, "Before we go, I want you to come down to the water with me just for a second."

And then they dipped their toes in the surf. And ran away from a few waves. And then ran into a few more waves. Until pretty soon they were completely soaked (because of course they didn't put on their swimming suits, because they HATE the beach and weren't going to go anywhere near the water). And still they jumped the waves and fell in the waves and played in the waves. After they got good and shivery and blue in the lips, we wrapped them up in towels and took them home, away from the beach they HATE so much. We stopped for an ice cream on the way--the last day it was open, and they needed to finish spending the gift certificates they got for their birthdays last May--you know, as compensation for making them go to the beach on a beautiful warm day in September.
Posted by Andrea at 6:59 PM