We had tentative plans over the weekend to go on an overnight hiking adventure on the coast, but as the weekend approached, my adventurous side began warring with my practical side--the one that kept reminding me of all the things that needed to get done at home, and the fact that I would be away again the following weekend, and that E and Z had big school projects due this week, and who would take care of those ever-lovin' ducks? 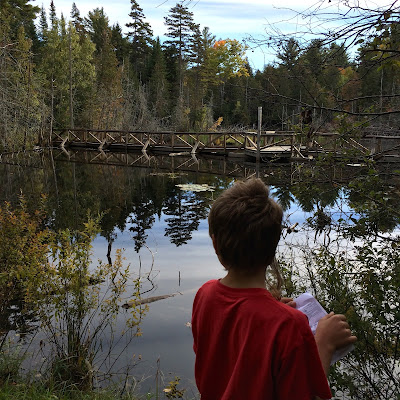 So, of course we stayed home, because if I'm not 100% committed to an adventure, it doesn't happen, since I need enough energy and enthusiasm to drag my reluctant family members along with me. 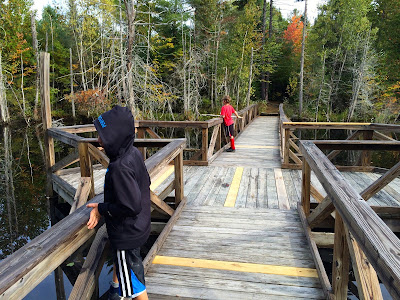 Instead, we had ourselves a few smaller adventures close to home, beginning with a hike around the China School Forest after E had a soccer game there Saturday (Z's shins are still healing and we've ix-nayed the rest of the soccer season for him). 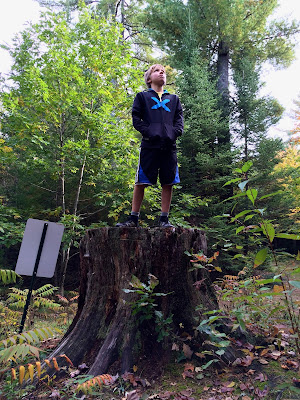 This is a place I've been meaning to explore for years and years, but had just never gotten around to it. It turned out to be very cool, with a boardwalk across a pond, a big tree house, and a lot of other neat things to explore. 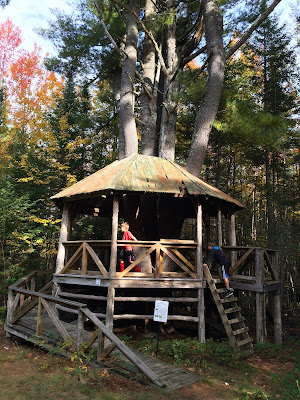 On Sunday, we all went hiking on a new-to-us trail in a nearby town (Clarry Hill in Union, if you're local). It's a place known to be great for viewing migrating hawks in the spring and fall--we were a bit late for the migration, but did see a northern harrier and a bald eagle. 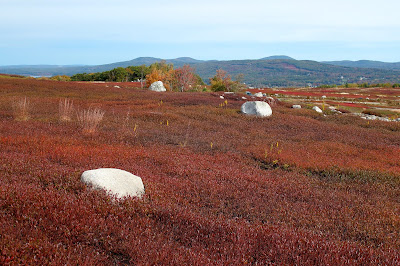 Being a Western gal, I'm always starving for a view of the horizon in this treed state, so I was thrilled to climb up over this blueberry barren, with views all around. 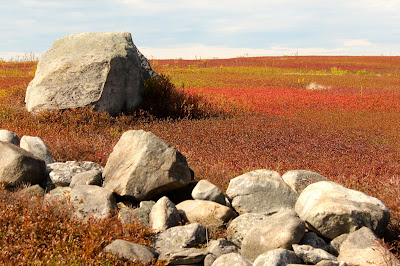 When we dropped into the woods for a brief while, we were treated to a few enormous white ash trees and this fantastic sugar maple that was half hollowed out by fire. 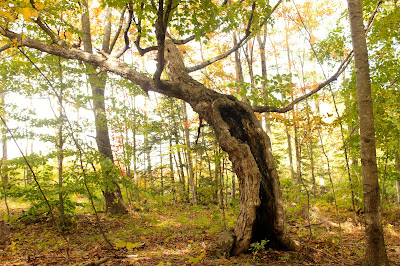 We had some discussion about whether this is what moors would look like--moorland features prominently in the books E and Z are now reading (Warriors, not Wuthering Heights). 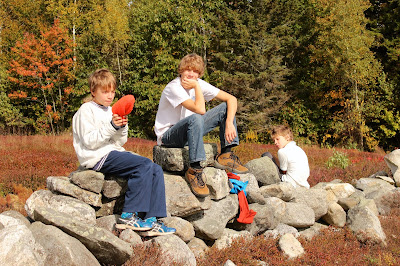 They visualize more grass, but this is just how I picture the moors, only with heather instead of blueberries and more fog and and quicksand and howling spirits. 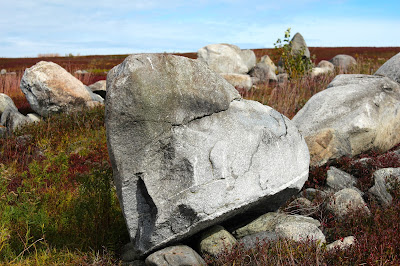 Finally, on Monday, E and Z and I went on the biggest adventure of all--setting off into uncharted territory. 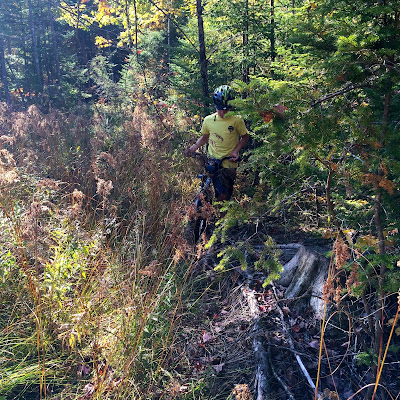 We've been talking for about a year about biking to their best friend's house, but instead of going the long way around, by road, we (meaning I) wanted to try to connect two partials roads that used to be one but are now grown over in the middle--partly for the adventure of it and partly to spend as little time as possible on busy roads with narrow shoulders. 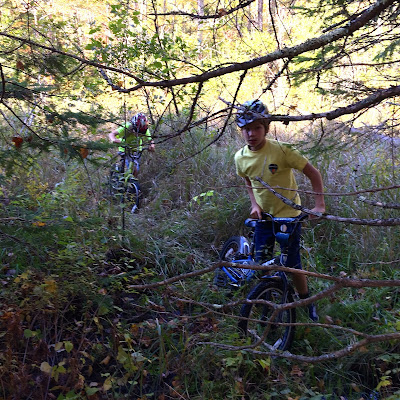 We made it a short way on an old dirt road, and then it turned into a howling swamp. We had to push and carry our bikes over roots and around trees and through ankle-deep water. The boys complained a lot, and we all got good and scratched up, but we made it through to the other side, coming out on a grassy lane. Horse droppings at both ends led me to believe there was another way through. 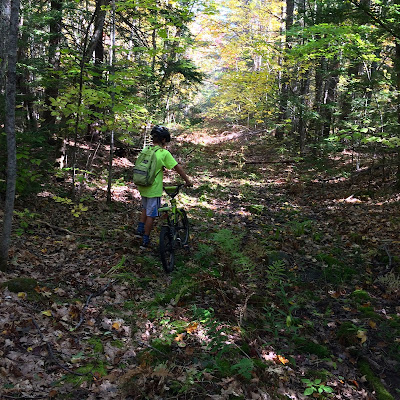 So after our friends fed us lunch and the boys played for a while, we ventured out again, despite pleas for a ride from Papa or our friends, or, barring that, to take the main road around. 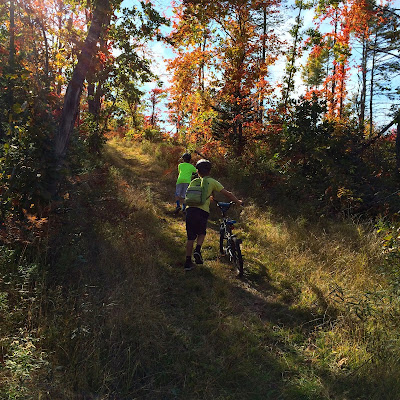 We found that if only we had taken a left turn where the off-road road began, we could have climbed over a grassy trail, skirting the howling swamp altogether. 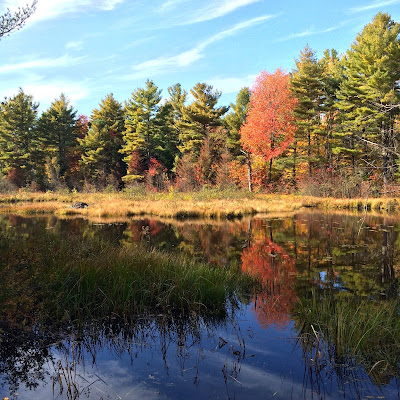 When we got home, E and Z rushed to tell C and M about our adventure, how hard it was on the way there, and how we found an easier route. I wonder sometimes, as a parent, if anything I do has an effect on my kids, and then we have an experience like this, where they confront adversity and (with a little nudge from me) overcome it, and their excitement and confidence soars. Who knows if this one experience will help them face challenges later in life, or if spending time outside on adventures with their family (even when they're being their little recalcitrant selves) will inspire them to be adventurous in life as they get older. But I like to think it will.
Posted by Andrea at 5:00 PM