We are, I have read, two weeks behind normal with regard to fall color, but a week or so of cold nights has finally jump-started leaf-peeping season.

Among the first leaves to change are those of Virginia creeper (Parthenocissus quinquefolia), a native vine. It's a plant people often erroneously mistake for poison ivy, but as you can see its leaves are divided into five leaflets, not three, and they're sharply toothed, unlike PI, which has overall smooth (or "entire") leave margins except for a jag on one side that gives the leaves a kind of mitten shape. 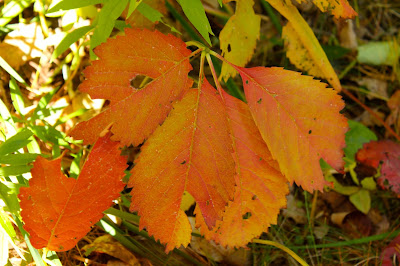 The sugar maple is generally considered to be belle of the autumn ball, but I think that honor should go to staghorn sumac (Rhus typhina). Sumac is more accurately a shrub--an individual may have multiple stems, rather than a single trunk--but it's tall enough to count as a tree. 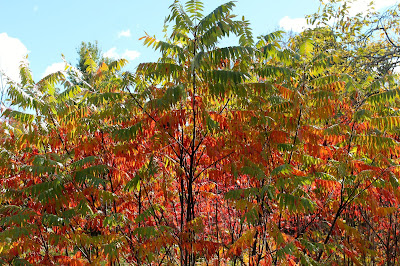 Usually, you'll see the fall color come into a tree from the top down, uniformly throughout a tree, or in a damaged limb, but sumac is unique in that the color climbs up the branches from the bottom. I've seen rainbow-colored ones with purple in the lowest branches, then red, orange, yellow, and green at the top (no blue, unfortunately). 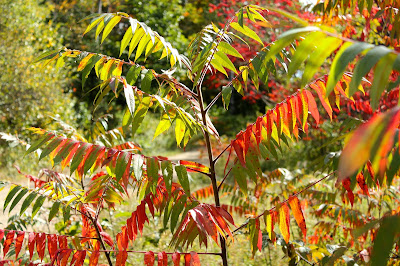 I love how they give a festive, tropical feel to this time of year when we're starting to think about snow tires. 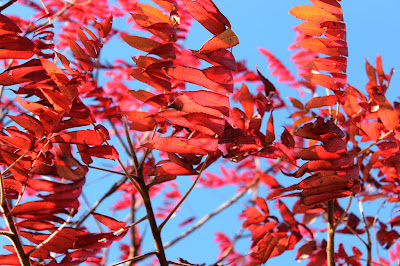 We don't have many sugar maples on our property, but we have a number of red maples (Acer rubrum). 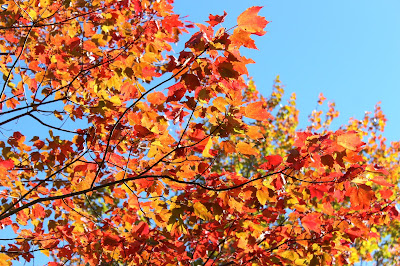 Those that grow in swamps are usually the first sign in August or September that yes, summer is coming to an end. Our maples keep their feet dry and just began changing in the last week or two. 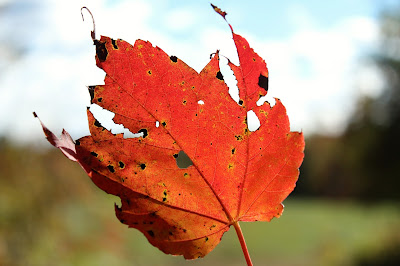 Rather than putting on a grand show, these white ash (Fraxinus americana) look like they're just planning to shrivel up and die. 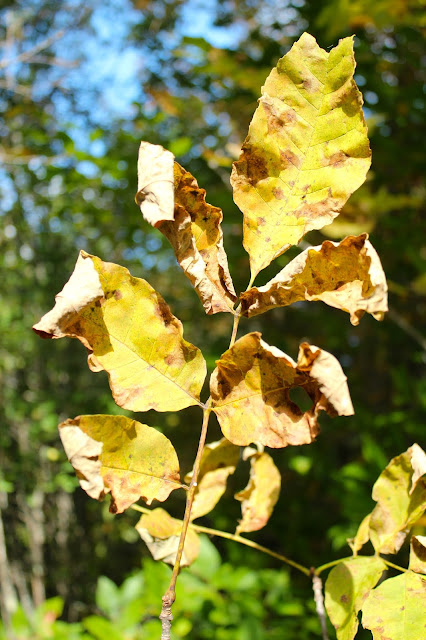 Those leaves are from a small ash growing next to our driveway; the ones on these tall trees deeper in the woods look much more festive. I don't know if that's because they're farther away or if the trees are healthier. 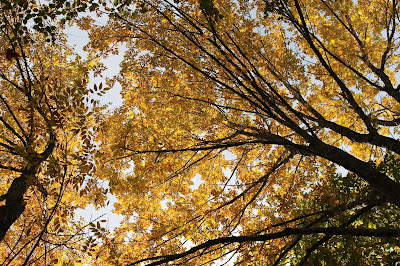 Birch leaves have begun to change as well. 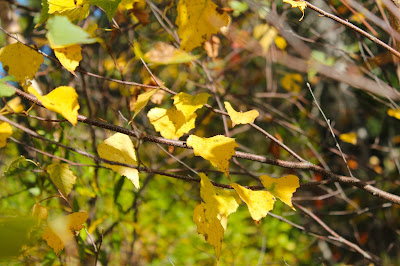 I'm pretty sure these are from the gray birch (Betula populifolia), due to the triangle-shaped leaves, but it's my understanding that they hybridize with white birch (Betula papyrifera) and in this area on our land, where many members of both species grow side-by-side, and the younger specimens haven't developed distinctive bark yet, it's sometimes hard to tell. 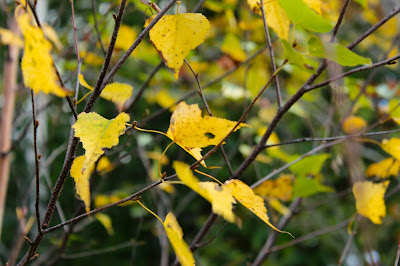 Wildflowers are winding down at our house--a few bright asters remain and fall dandelions (Scorzoneroides autumnalis) dot the lawn and roadsides, not quite as profusely as their eponymous cousins, but just as brightly. 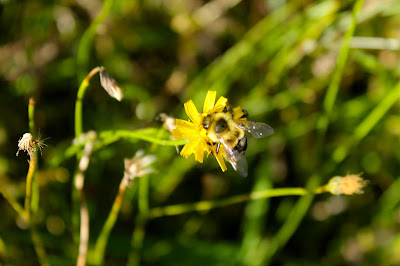 The fall dandelion is much taller and spindlier than actual dandelion, with smaller, less-noticeable leaves. 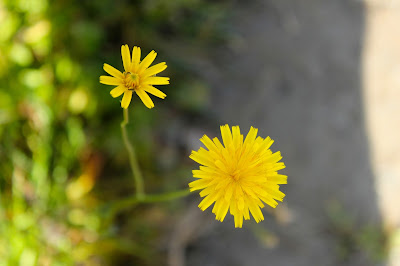 It more closely resembles hawkweed, but isn't nearly so fuzzy. 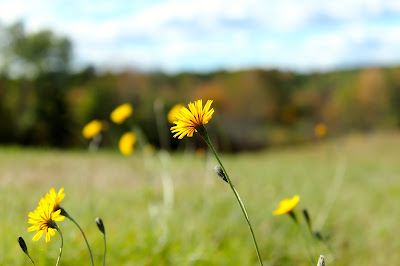 What's wild in your neck of the woods?
Posted by Andrea at 6:00 AM