We had a strange, warm, play-football-outside-with-no-coat kind of Christmas. 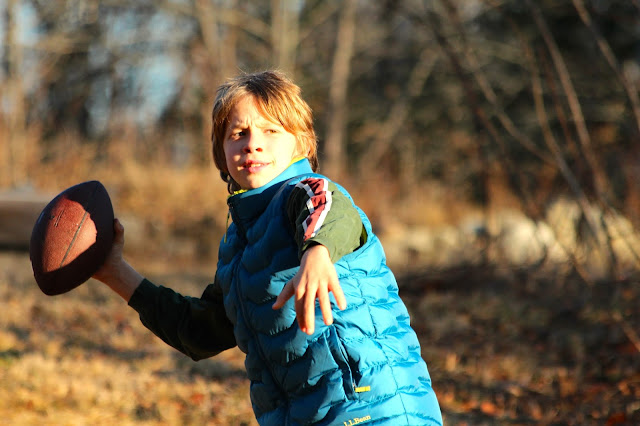 It was also a too-much-of-everything kind of Christmas. Too many presents. Too much wrapping paper. Too much food. Too much candy. Too much wrapping paper. Too much trash. Too many gifts, given and received. Too much money spent. When all the guests had left and all the mess (sort-of) cleaned up , I was left with a feeling of, not abundance, but of emptiness. How do we let this holiday get so out-of-control year after year? I was tempted to, for the first time ever, clear away all of evidence of the festivities the next day (though I didn't). 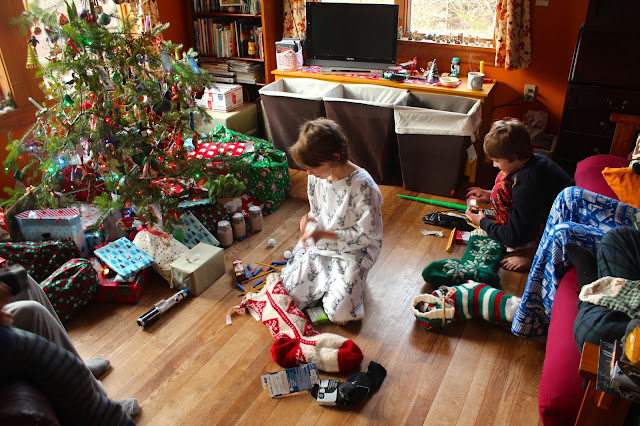 I decided, instead, to take stock of what I enjoy about this season, so that in coming years I can focus on what's important (to me, that is; what's important to my kids is still getting too much stuff). 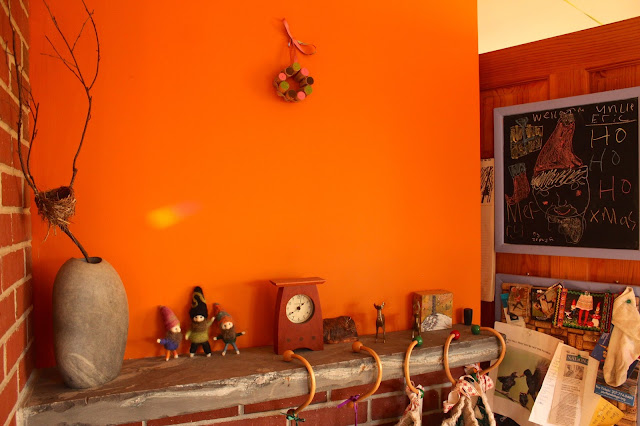 I like decorating my house. I like getting the tree and adorning it with ornaments collected over a lifetime. I like making cookies. I like the little mini celebrations we hold throughout the month of December, for St. Nicholas Day, St. Lucia Day, Hanukkah, Solstice. I like our Christmas Book Countdown Advent tradition. 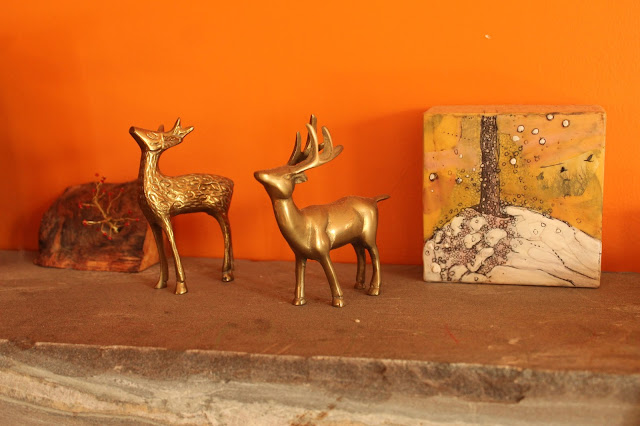 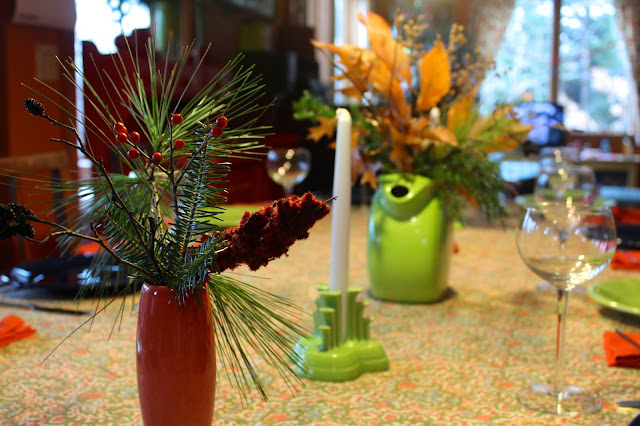 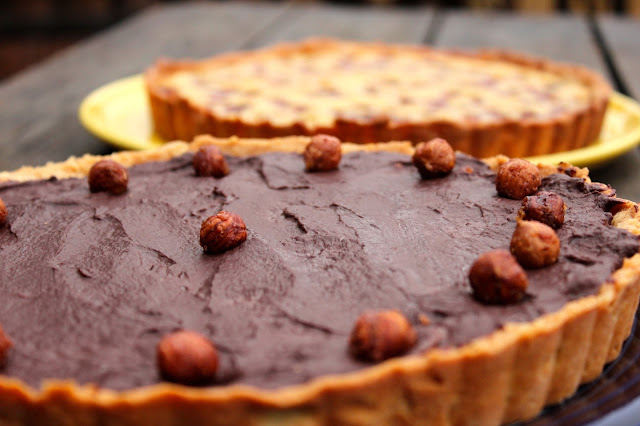 I like stockings. No. I love stockings. Especially these Jan Brett-inspired ones that Mrs. Claus (aka my mom) made the boys a couple of years ago. I love filling stockings. I stuffed M's so full this year, that the lining tore away from the outside (oops). It was mostly socks and underwear, a few used CDs, a tiny building kit, a chocolate bar, a star fruit. Little things, but it makes me ridiculously happy to find and stuff them. I would love it if our Christmas giving was only stockings--but I might be drummed out of the house if I suggested it. 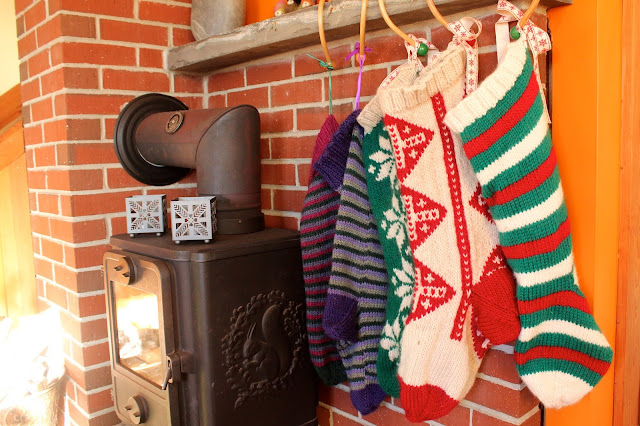 I like spontaneous art-making. This doesn't happen as often in our house as I'd like it to, so when it does, I'm thrilled. 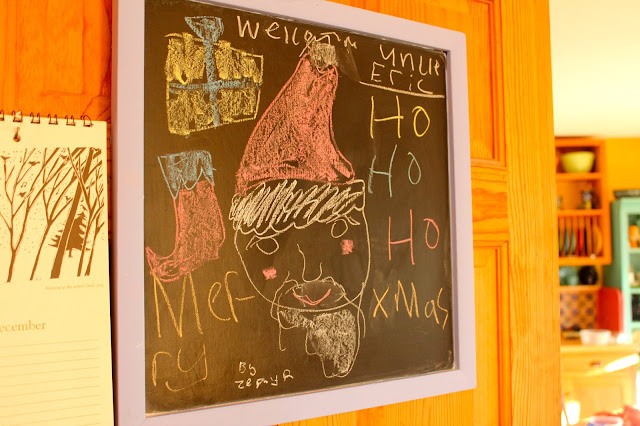 I like the little rituals we've developed over the years, like lighting candles on the tree Christmas night and singing carols. 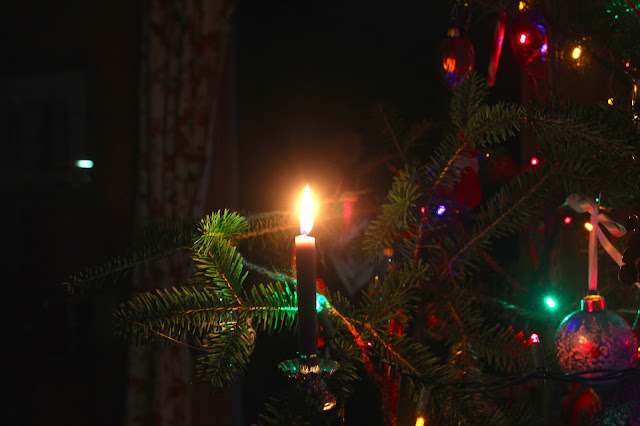 And lighting candles and adding an animal to the tree each night for the twelve days of Christmas. 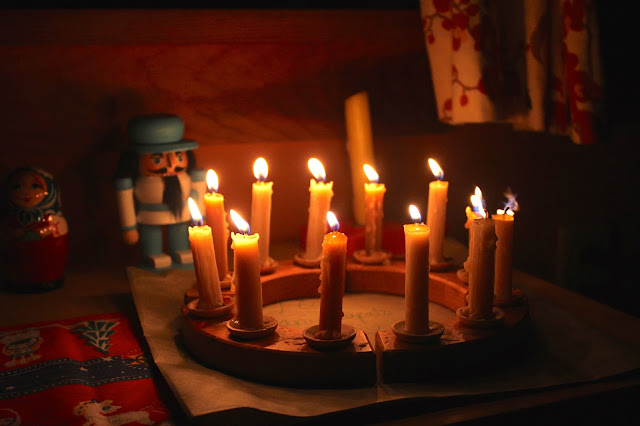 I'm not sure how keeping these things in mind will help combat the too-muchness next year, but it helped combat the post-Christmas Grinchiness that was threatening to overtake me.
Posted by Andrea at 6:00 AM