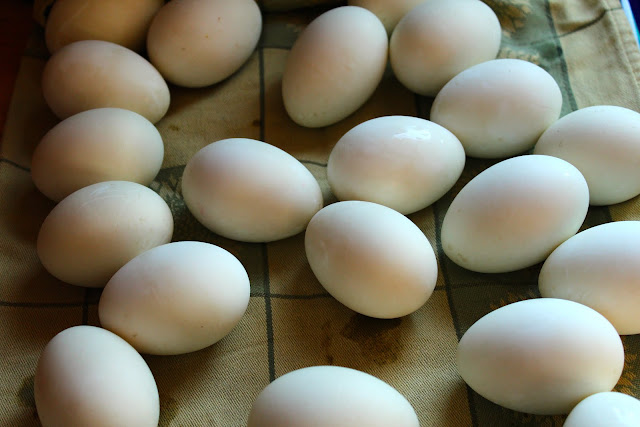 One minute you're sharing a chair with one of your children, pretending to watch Stampy's Minecraft Easter Special, but really just breathing in the scent of his head, which smells faintly, unbelievably the way it did when he was a baby, sort of warm and sweet, kind of like a beeswax candle, but not at all, really, a smell as indescribable as it is unreplicable, despite the best efforts of baby lotion manufacturers. You remember the way you used to take small, surreptitious licks of his and his brother's head, like a cat, dabbing your tongue on the peach skin of his loose and fuzzy scalp, hoping to put a taste to the smell, but finding that the aroma stands on its own. 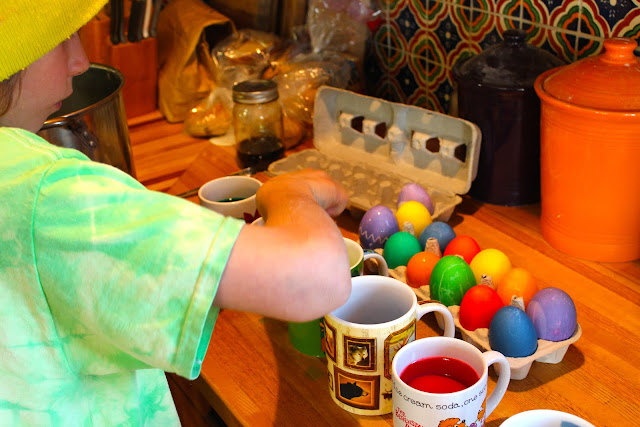 An hour or two later, or perhaps the next morning, you're threatening to cancel the Easter Bunny, because the child with the fleetingly baby-scented head and his twin brother just. won't. listen. 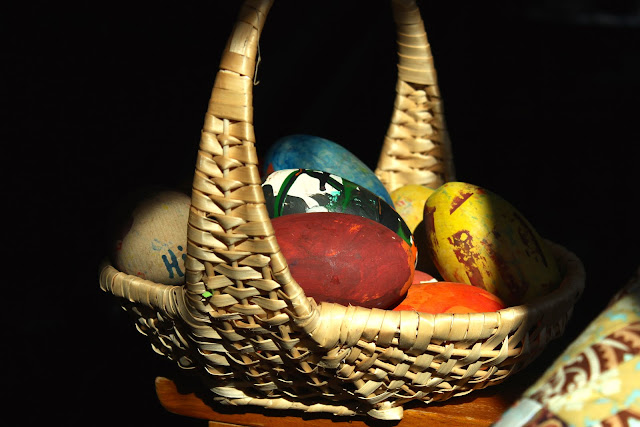 Of course you don't mean it, really. And they know that. You haven't cancelled a single Christmas or birthday yet, despite innumerable threats of the same. 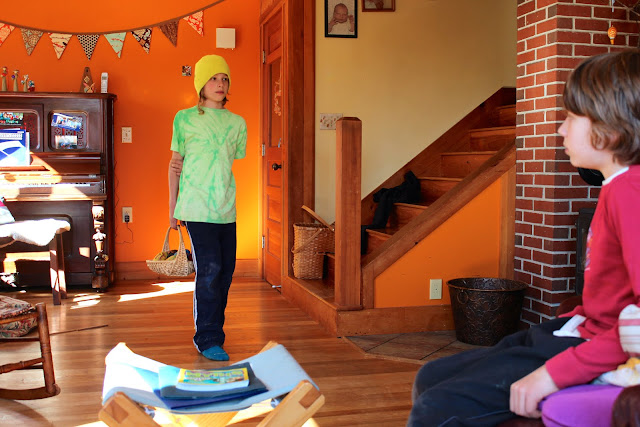 You all three manage to get the house reasonably clean and haul up the and distribute the Easter decorations, because it is the day before Easter and you really can't put it off any longer. 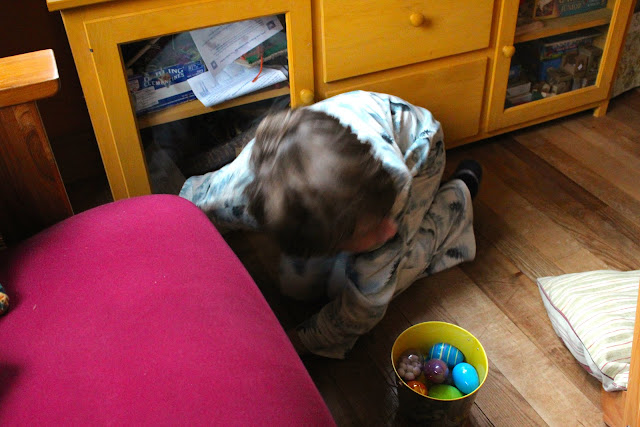 And the children with the honeydew scalps pick up a basket of wooden eggs that they painted with a relative years ago and take turns hiding them around the house for each other and finding them. They don't put on the rabbit suit, which they wore for this activity year after year after year, until the leg cuffs of the costume barely reached their knees. And you miss the rabbit suit, a little, but you also revel in the wonder of two big boys finding joy in hiding and finding eggs--until they don't, until some unspoken rule of the game has been violated, and childlike play turns into shouting and they move on. 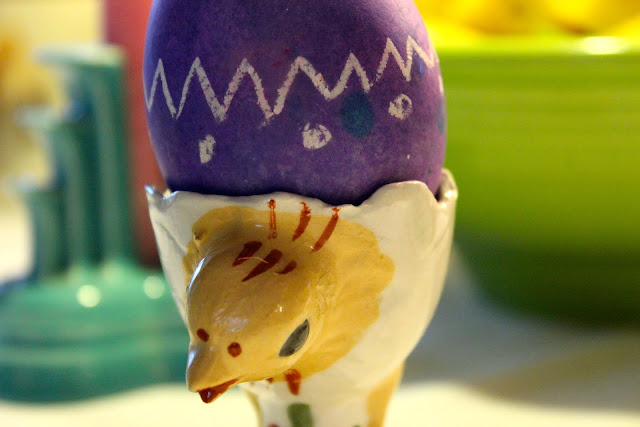 Later, one of those children, who saw his big brother snooping in the Easter candy which you had placed on the highest high shelf in the kitchen, tells you he thinks the Easter bunny brings some of the candy, but that parents help with the rest of it. They had argued hard against the possibility of Santa Claus and, though your only response had been, "Santa only brings presents to those who believe in him," you had expected that they were convinced by their own arguments. You marvel at the capacity of children to hang onto wonder, to believe in magic despite all evidence to the contrary. 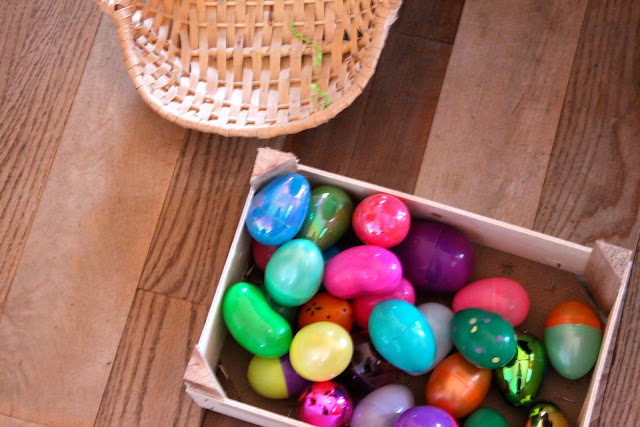 The next day, after egg hunts and jelly beans and too many sweet breads and your idea of Easter dinner, which does not involve a ham, you pull out the Easter books and read to these children who no longer clamor for a story, who don't disdain picture books, necessarily, but who show no interest in them. You start with Jan Brett's Easter Egg, which has lovely pictures but a kind of vapid, in your opinion, story, and follow it up with The Country Bunny and the Little Gold Shoes, a story so ahead of its time--feminist and populist and egalitarian--a story, you think, that if every child read it every Easter, you might live in a world with fewer fanatics and racists and misogynists in positions of power, where everyone is as wise and kind as Old Grandfather Bunny.
Posted by Andrea at 4:43 PM