Documentation ~ Still So Far Behind

It's been my New Year's resolution for the last four years (at least!) to get caught up on putting all my digital photos into albums, and it's a resolution that I've failed to keep, year after year. In fact, it's been two years since I last finished an album, and I've been taking photos all that time, falling even further behind. 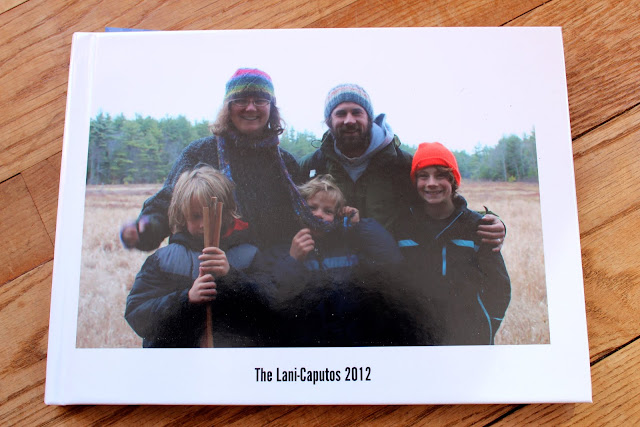 For several months now, I've been copying photos from past years onto a backup drive and deleting them off my computer to make space. When I hit 2012—the next year in line for album-making—I also had to upload them to Snapfish, my photo processing site of choice. This all took forever—partly because we were having problems with our internet (which the phone company eventually traced to a bad wire 3 miles from here), and partly because I had SO MANY pictures from 2012. 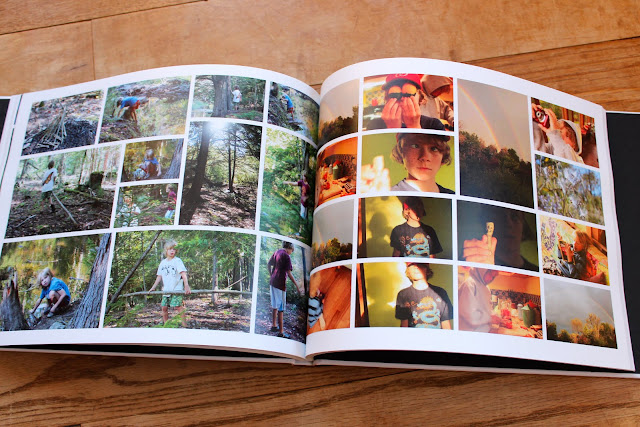 I could not figure it out—that was the first year I was in graduate school, while still working full time. When did I have time to take all those pictures? It then occurred to me that what I didn't have time to do was delete any pictures—there were lots of duplicates, blurry shots, and otherwise not that great photos in the mix. (I also didn't have time to edit the photos—as can be seen from those shadowy faces on the front cover). 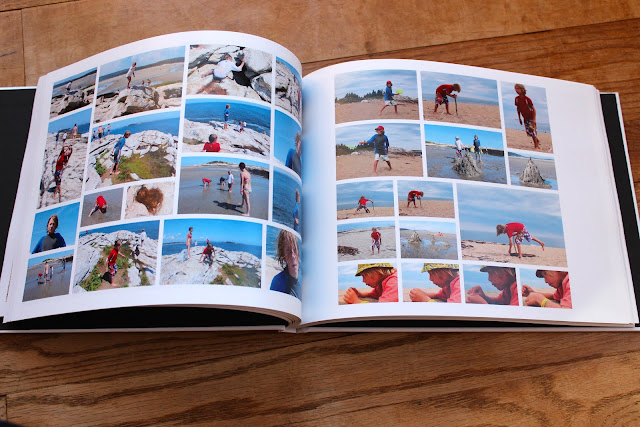 I also got my big camera that year, which has got to account for at least some of the excess of photos. Going through these images multiple times (once to upload, once to copy onto hard drive, once to delete, once to import into the album-making thingy, twice more to import them after errors and when  I realized I'd need to be more selective or the images would be the size of postage stamps in order for them to all fit) I was astonished by how much we did that year—out-of-town guests (my parents, my sister, my niece twice), two camping trips, a weekend at camp, a trip to Boston as a family, a trip to Boston with M's class, a boat trip with E and Z's class, a gazillion trips to the beach and to various nature centers and museums and hiking trails. Crafts and art projects and holiday celebrations. It was also the year I kept a nature journal daily When did I have time to read and write all the stuff I needed to for grad school, let alone go to work and sleep? I was exhausted just looking at the pictures! 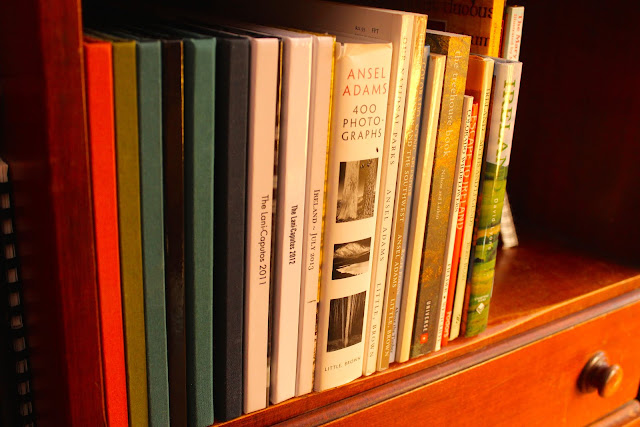 I have probably overly ambitious plans of uploading and albuming one year every two months for the  rest of 2017. I have a vague hope that there aren't quite as many photos for subsequent years as there were in 2012—maybe I got into the deleting habit. Maybe once M had his own computer (in 2015), mine would host fewer photos of Lego guys and silly videos. But I'm not entirely confident that will be the case—one thing we didn't do in 2012 was go on any big trips, which is when I really go crazy with the camera (at least I've already put my 2013 Ireland trip into an album). Stay tuned for the next installment of Andrea's Quest for Photo Stasis.
Posted by Andrea at 1:22 PM