On Sunday I joined some fellow Maine Master Naturalists and other bird watchers on a cruise around Casco Bay in search of ducks, gulls, and other birds. Our trip organizer predicted it to be "a real corker of a day," and it was, with mostly sunny skies, calm seas, and balmy air (temps hit 55 degrees on the mainland!)—perfect winter bird-watching weather.

The first and last bird we saw was a house sparrow (Paser domesticus), who made itself at home inside the ferry terminal, living off dropped crumbs from Standard Co. baked goods, and, when it wanted a bit of fresh air, skimming over the tops of passengers' heads on their way in or out of the terminal. Once out on the water, our sightings became a little bit more exotic. The bird we saw in greatest abundance was the long-tailed duck (Clangula hyemalis). The males of this smallish species (around 16.5 inches long) have a distinctive white head and, as the name suggests, long tail, and a black-and-white striped appearance when flying. We observed several rafts of 10-20 of these birds. 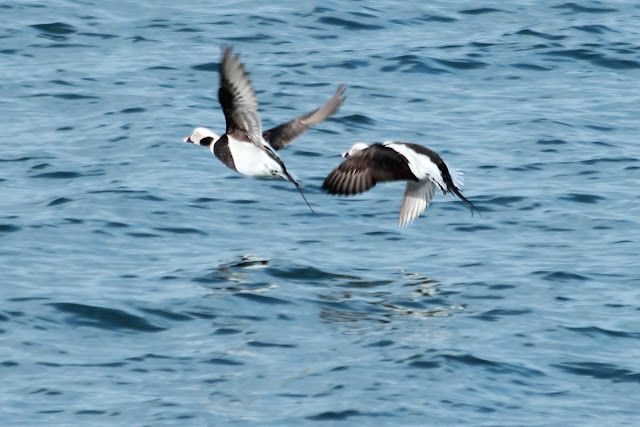 Buffleheads (Bucephala albeola) also appeared in large numbers (35 at official count). The bufflehead is a petit duck (13.5 inches), and the breeding male of this species displays a very white breast and underside with a large white patch on its head. 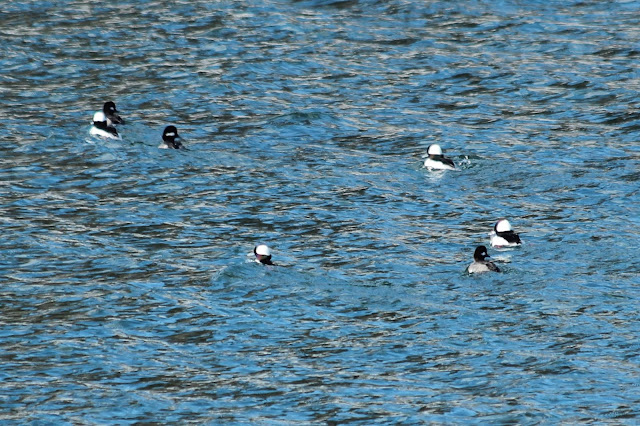 The most interesting, and new to me bird we saw was the surf scoter (Melanitta perspicallata), of which we saw several. The male surf scoter is black with a bright white spot on the back of its head and a bulging, orange-white-and-black bill. It looks like it borrowed a puffin's make-up kit, and I've decided to nickname it the puffin duck. We also spied a few black scoters (Melamitta nigra), which are much less distinctive than their surf cousins, with a mere bump on the plain yellow bill and no white spot on the back of the head. 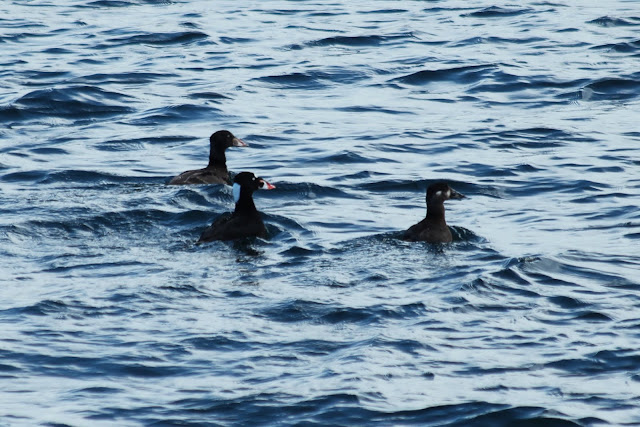 Several solo loons, of both the common (Gavia immer) and red-throated (Gavia stellata) varieties, popped up alongside the boat as we puttered among Casco Bay's islands. Both species still wore their muted winter plumage, although some of the common loons appeared to be working on their breeding season checker-board backs. The red-throated loon is smaller than the common, but that is not always easy to detect when they're not next to each other. The best way we found to tell them apart was that the red-throated has a more slender bill, which it holds up above horizontal. The red-throated loon's neck also appeared longer and more slender than the common loon's, and some passengers remarked that it had an almost cormorant-like appearance. 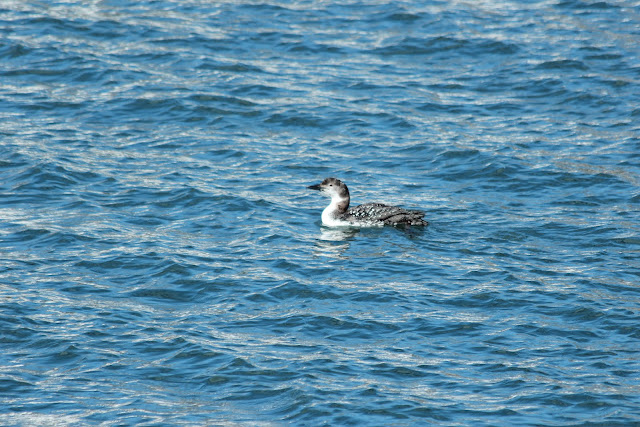 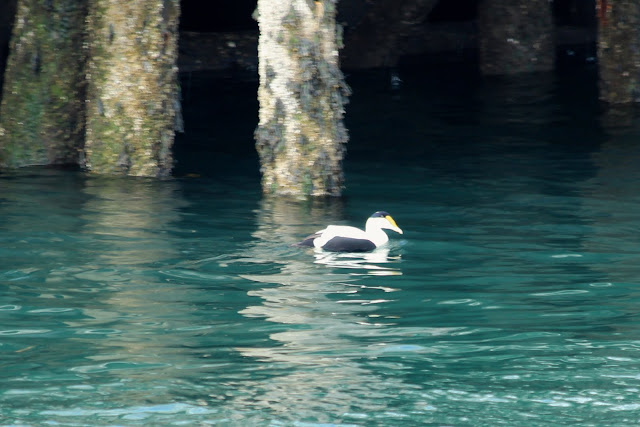 For raptors, the group got a great view of a red-tailed hawk (Buteo jamaicensis) sailing over one of the islands, and passengers also reported sightings of a Bald Eagle (Haliacetus leucocephalus) and a Peregrine Falcon (Falco peregrinus). 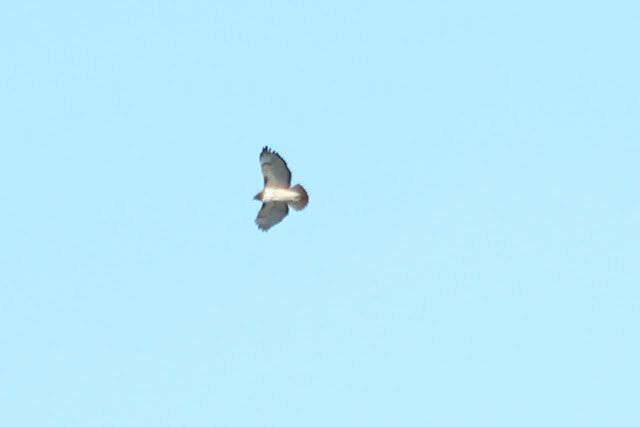 I was, I admit, reluctant at first to spend three hours on the ocean in February looking at birds, but I've made it my mission this month to try new things and say "yes" to opportunities, and this one turned out great (though I might be singing—or quacking—a different tune if it had been 15 degrees, not 55)!