The trees in our woods have been flowering for a while, starting with the quaking aspen back in April. But most of them, so far, have been of the subtle flower type—catkins and tiny maple blossoms—easy to miss if you're not paying attention and not exactly showy, flower-flowers. The first of those to come alive around here is the serviceberry. 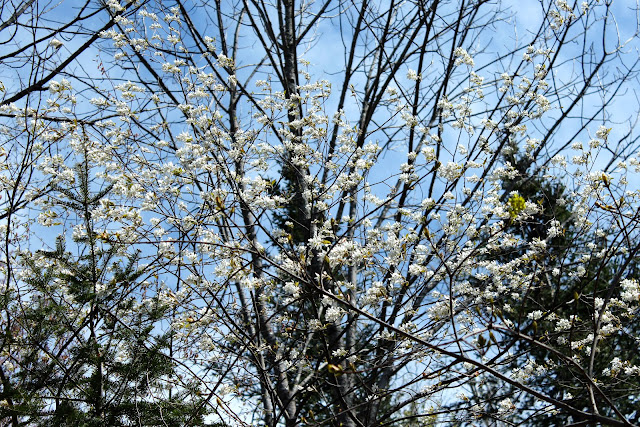 Serviceberry is also known as shadbush, because it blooms at the time shad, or alewives, run up the rivers to breed, and back in Colorado, C and I used to work in a national forest with an area known as Sarvis Creek Wilderness because, apparently, they're called sarvisberry there (one ranger we knew even named his sone Sarvis after the shrub). 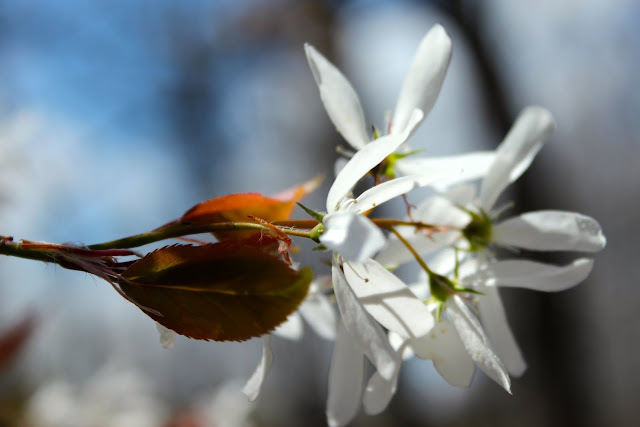 Because not much has leafed out yet, they're very visible and easy to spot from a distance, though I have to admit this is the first spring that I've taken the time to get up close and personal with them. 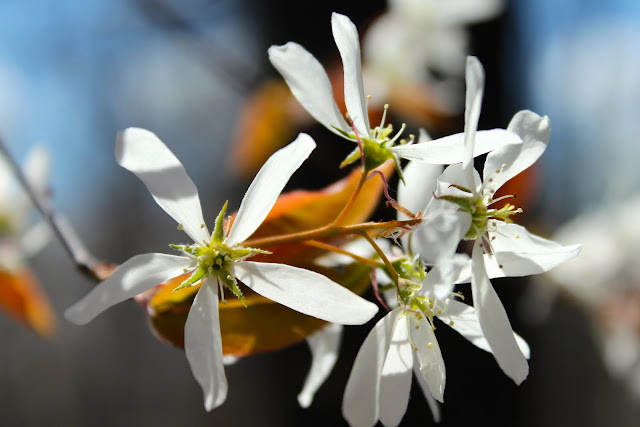 I'm pretty sure these are Allegheny serviceberry (Amelanchier arborea), one of the two species in Maine that grow into a small three (the other five being shrubs), because the emerging leaves are reddish and not downy. 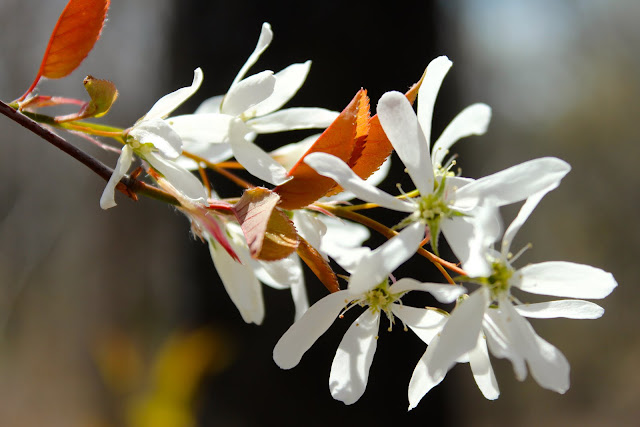 The flowers are pretty, large for a tree flower, white, and five-petaled. My book says they smell sweet, but I couldn't detect an odor in these (maybe all the rain we've had lately has washed it away). 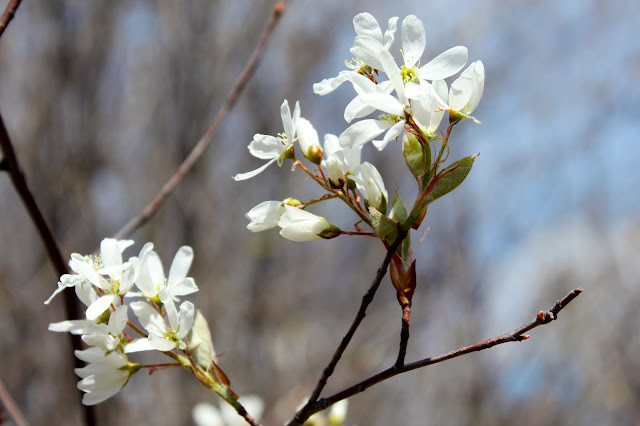 The twigs and leaves are alternate and the buds, before they open, sharply pointed. 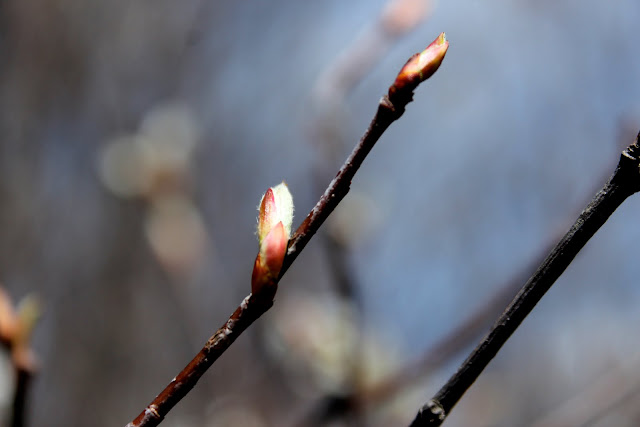 The bark is smooth and gray and at this stage, almost indistinguishable from red maple (the tree in the center is maple, to two on the outside are serviceberry). If you look very closely you can see faint vertical lines on the serviceberry bark. 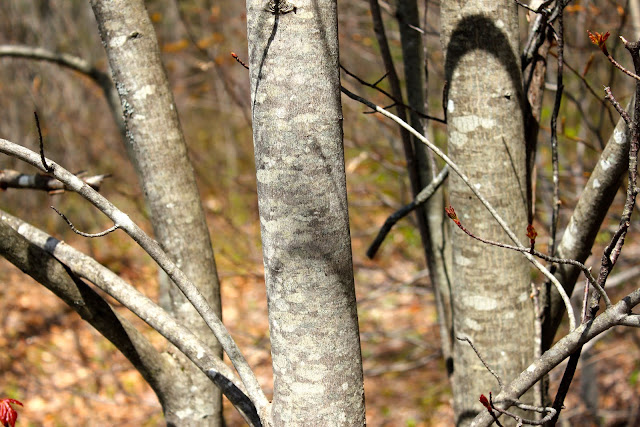 And if you look straight overhead, the branches are so intertwined, you might think you're seeing things: a tree with red maple leaves and showy white flowers. 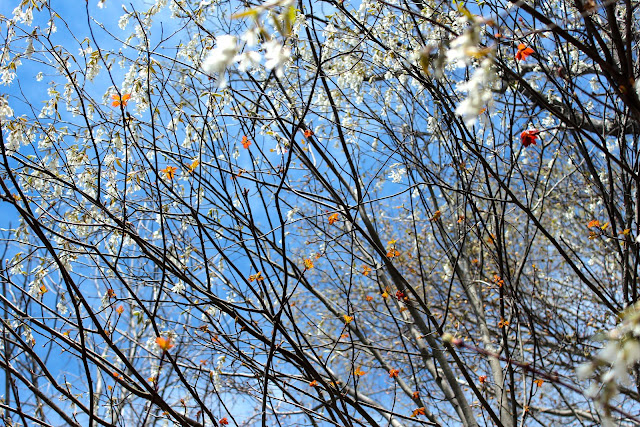 What's blooming in your neck of the woods?
Posted by Andrea at 7:32 AM