I didn't do a lot of hand-making this holiday, and the one big handmade gift I had planned likely won't be done for a long while, but I did put together little cardboard putz houses for the ornament exchange I do with my family (you can read more about the history of these houses here). 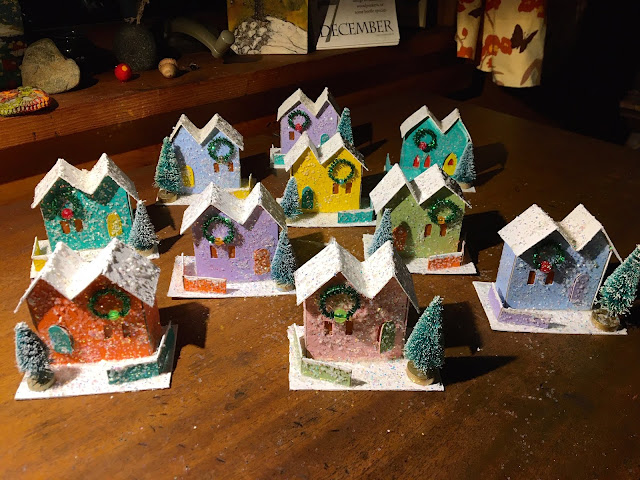 I had thought of making these a long while ago (maybe last Christmas), but of course I didn't get started until December, so there were a lot of late nights and assembly-line-style cutting and painting and gluing sessions. And my house looked like a glitter bomb went off in it for most of the month. 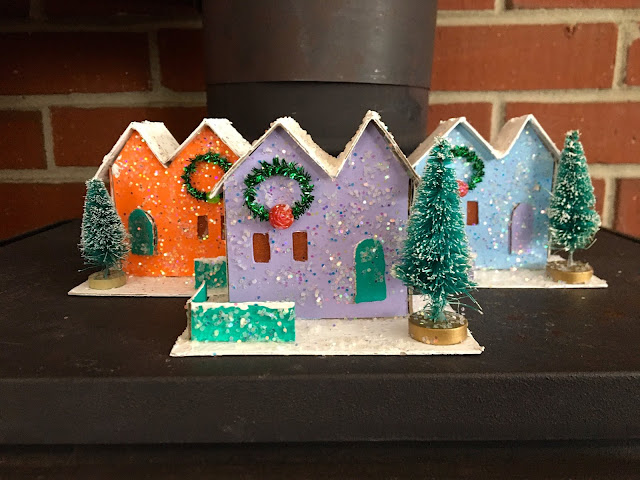 I found several patterns for these houses online, but ended up reading through their instructions and then making my own pattern using an old house I picked up at an antique store a while ago. After my first prototype house, I figured out that painting and glittering the pieces before assembling the houses was the easiest way to go. I also made the windows with orange kite paper rather than the transparent red tape I tried with the first house. 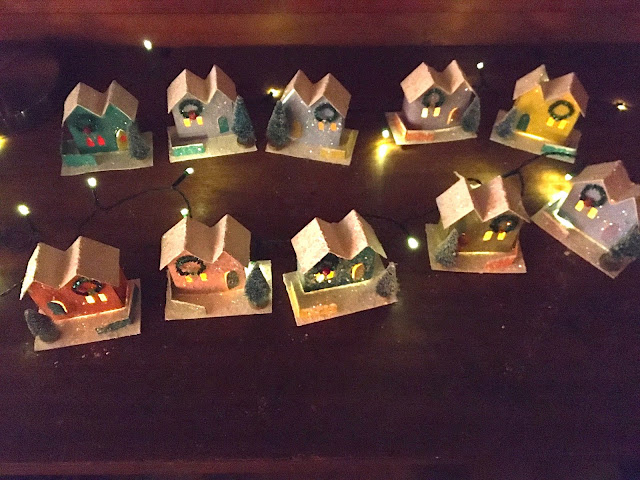 They looked so cute lined up with twinkly lights poked into the holes in back that I was tempted to keep them all for myself, but since Christmas is the time for giving, I sent them on their way to new homes, including the prototype, which I'd intended to keep until I realized I'd miscalculated the number I'd need. 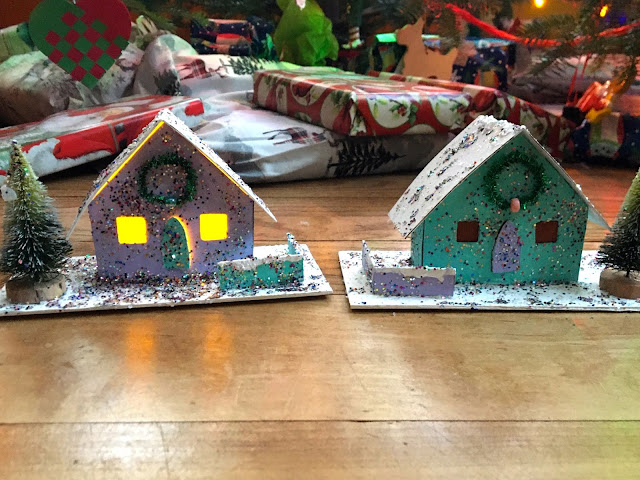 Then I found out I needed an ornament for a Yankee swap at work, so I decided to make two more. These I made with simpler rooflines, because the double peaks were a little challenging to glue, and a little bigger, to fit with the larger bottle brush trees I had left. The bigger size made it possible to fit battery operated tea light candles inside, which made them even better. 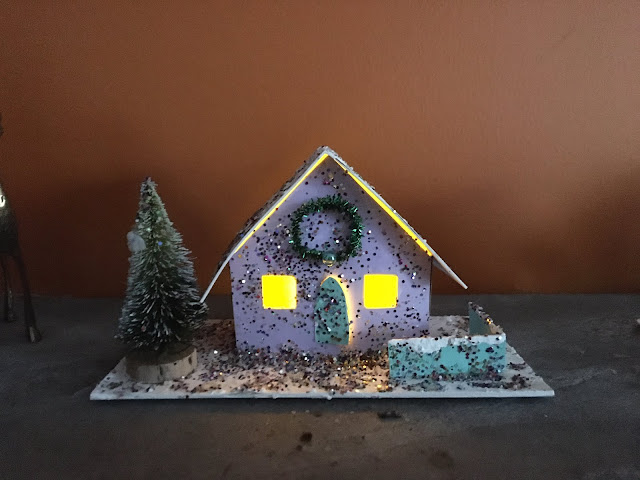