Finish It Friday ~ The Jar Room

For years (and years and years) I've put "organize basement" on my new year's resolution/goals list, and for years (and years and years) I've not gotten the basement organized. This year I got smart, I think, and broke "organize basement" into a few discreet tasks, the first of which I tackled last weekend: a small storage room which we originally conceived of as a root cellar, similar to what my grandparents called the "fruit room" in their basement (because they canned a lot of fruit; and they were a LOT more organized than I). After my last major reorganization of this room, I took to calling it the "jar room" because it seemed to primarily hold empty mason jars. In the nine-plus years since that effort, entropy had taken over: 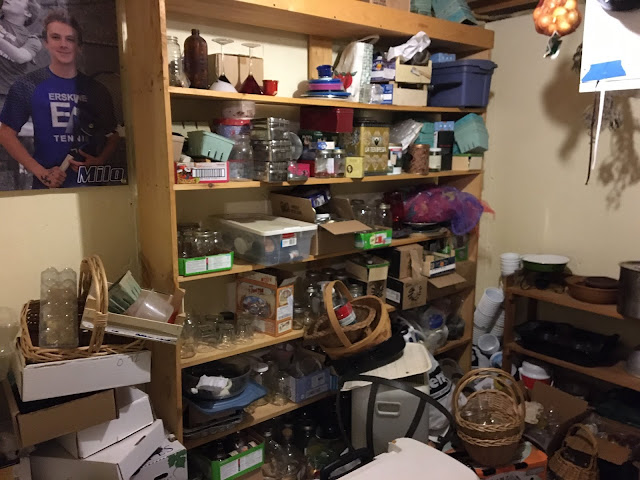 So, inspired by two ulterior motives—I was trying to find something and I wanted to make room in the kitchen by moving some little-used items down here—I launched into a major clean-out last weekend. After a morning's labor, a trip to the dump, where I recycled about eight thousand yogurt containters plus various and sundry boxes, jars, lids, and tubs, and a trip to Goodwill where I unloaded several boxes of stuff I haven't looked at in years, this was the result: 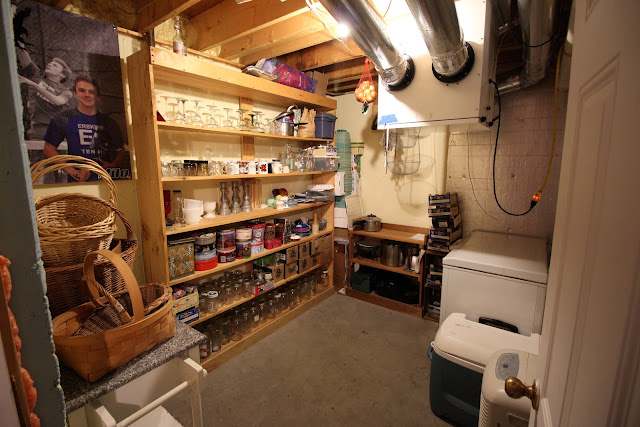 Mason jars only take up two shelves now, leaving room for Z's glassware collection, overflow mugs, cookie tins, and even some blank space. Meanwhile, in the kitchen, I've cleared room for my new hobby: trawling thrift stores for Fiestaware. In truth, it's been a hobby for nearly thirty years, but, spurred on by a few successes, it's become a minor obsession with visits to the thrift store two to three times per week. I've even had a few friends alert me when they see items in certain stores and one spontaneous gift of a found bowl. Most of my finds have been dinner plates, Tom & Jerry mugs, and teacups, with or without saucers. I've done a little rearranging of the blue cabinet (which used to be quite bare!) to squeeze all the finds in among my existing collection. 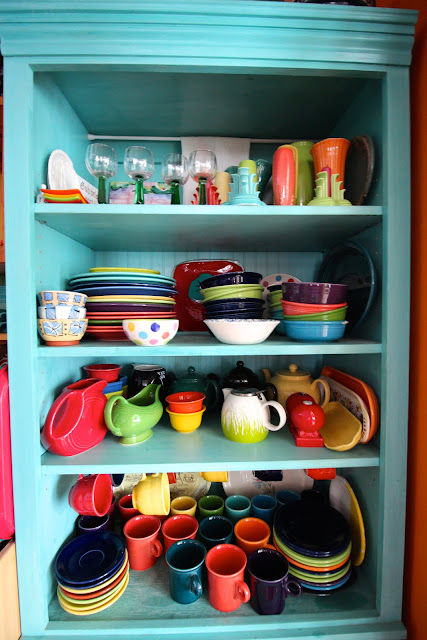 Most fun of all, I added cup hooks to the underside of the second shelf in order to hang the dozen teacups that have come into my life in the last month (with room for three more). My best friend in high school lived in a house with a galley kitchen. Space was at a premium in that tiny space, and the teacups hung from hooks screwed to the bottom of the blue-painted cabinets. I've had a great fondness for teacup hooks (if not tiny kitchens) ever since, and I'd intended to put them either beneath or above the narrow shelf that runs beneath our cabinets, but it turned out that it made more sense for the cups to sit on the shelf. Now I finally have cup hooks of my own. 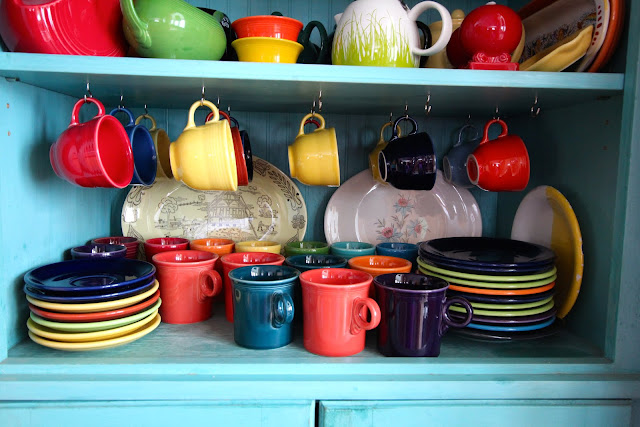 People keep asking me what I'm going to do with all these tea cups (apparently looking at and loving them isn't enough), so I've started a tea ritual. On weekend (and snow day) afternoons, I make myself a pot and have a jolly good time sipping from one of my new cups. 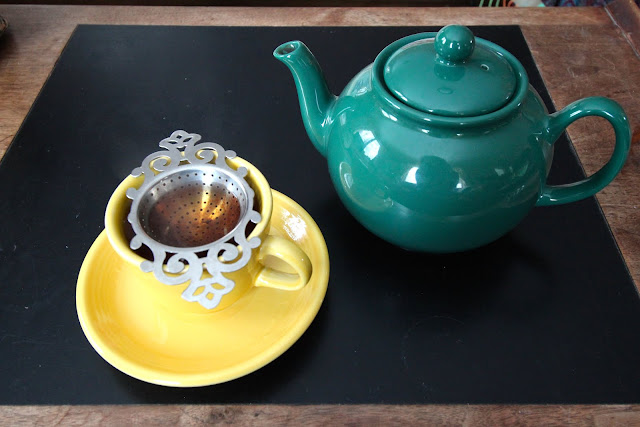 Email ThisBlogThis!Share to TwitterShare to FacebookShare to Pinterest
Labels: 20for20, decluttering, organizing