Last fall I got it in my head to make a Fair Isle vest for C for Christmas. I bought the yarn for the vest I had in mind—a self-striping green—and went in search of a pattern. Unfortunately, I couldn't find a pattern that met my mental image—knit in the round, with worsted weight yarn, with an abstract repeating pattern. So I took a pattern for a striped vest, added a fair isle pattern from a cowl (plus one stitch for the vest) and voila! 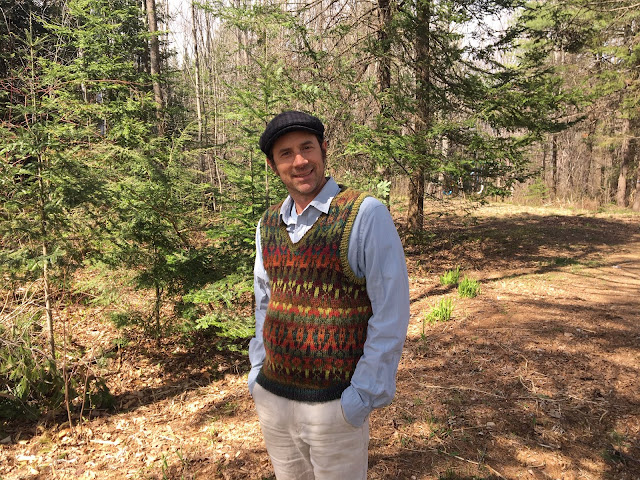 Or maybe not quite voila, but a lot of labor later… 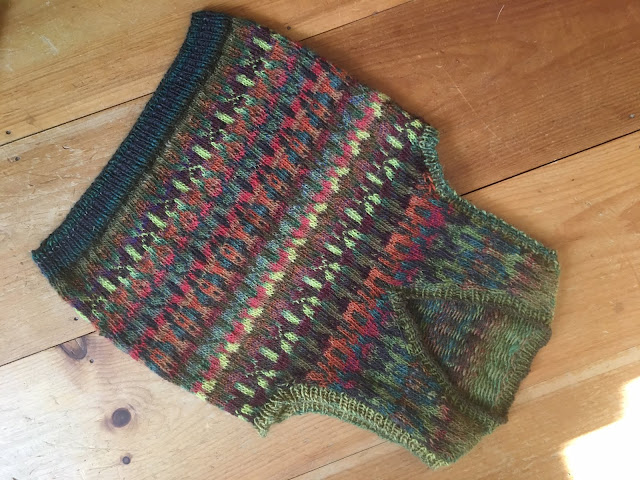 This pattern required a lot of knitting techniques that were new to me, including kirchener stitching, tubular bind-offs, and a few short rows of working on the back of the patterned knitting, carrying the yarn across the front. I did not like that at all (which kind of made the next and most scary new tecnique a little easier to swallow, since it allowed me to knit most of the vest in the round. The scariest new thing I learned was a steek (actually three steeks), which, for the uninitiated, is a part of your knitting that you make with the intention of cutting it later. With scissors. The idea is you knit your whole project in a tube, then cut, in this case, the arm holes and neck V. It is a little magical, but also terrifying. When I first heard about steeks a long, long time ago when my local yarn store was offering a class in it, I thought it was barbaric. Now that I've done one myself, I still think it's barbaric. 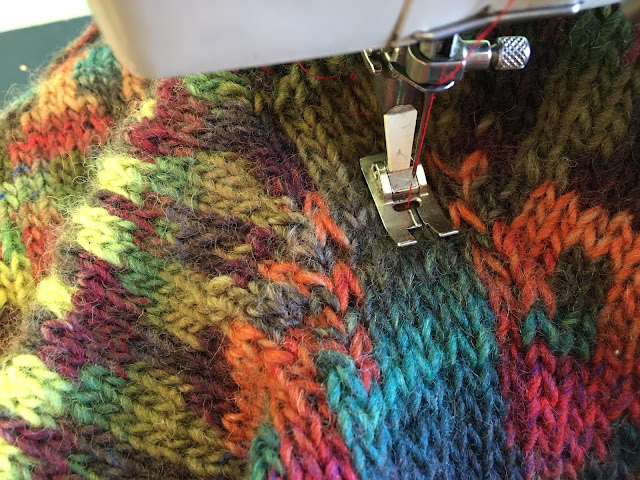 I chose to machine-sew the reinforcement stitches for my steeks. I didn't know enough when I knitted them to alternate colors, and just knitted right through with green, carrying the orange across the back. I figured machine stitching would be my best bet for anchoring those floating little bits of yarn. It worked pretty alright, though I did end up with a few loose threads I had to weave in afterward. 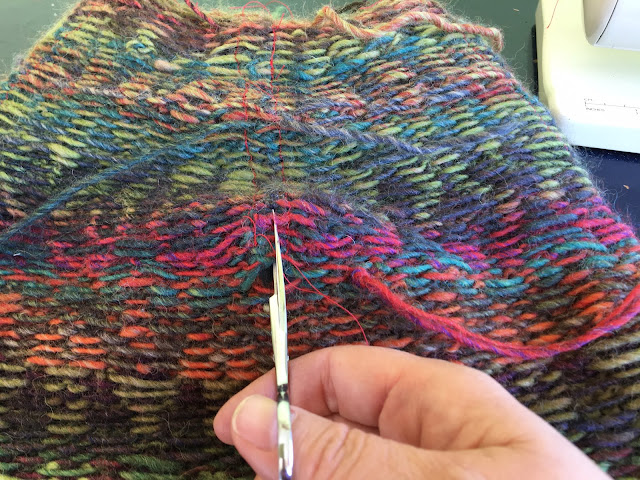 Then I did the cutting. Oh, my heart. I had a moment when I thought I'd cut through the shoulder stitches and almost had a stroke. I don't think I can handle this level of stress from my leisure activities. 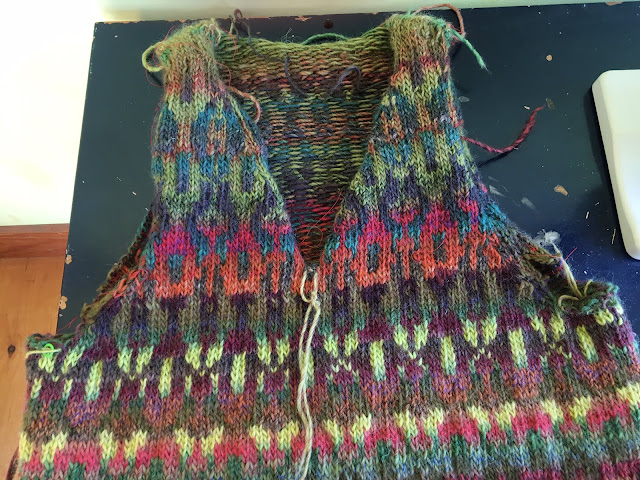 But then, ta-da! your weird scrunched tube opens up like a flower into an actual knitted garment. 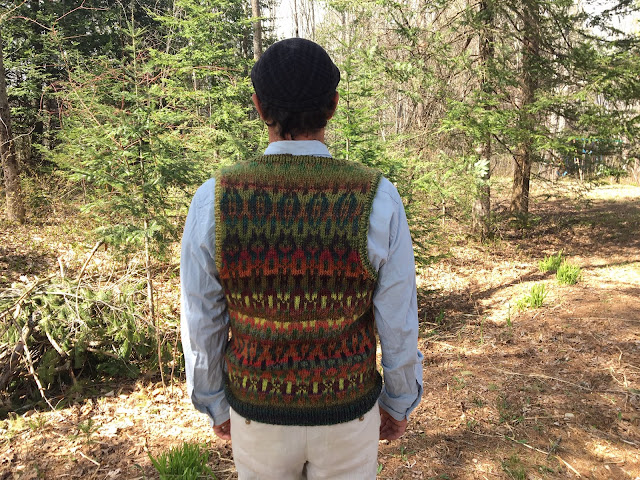 Needless to say, I didn't get it done in time for Christmas, just finishing it up this week. Every time I approached a new and challenging aspect of the pattern, I had to set the whole thing aside and let it marinate for a while before I could tackle it. Somehow C managed to stay in the dark—even when I was clearly adding ribbing to a vest and weaving in ends on the vest—until I layed it out to block it. He was pretty psyched by the whole thing, even if it was four and a half months late.

Notes about the yarn and pattern(s) on Ravelry.
Posted by Andrea at 12:37 PM