Stuffing stockings is my favorite part of the whole Christmas gift-giving rigamarole, and I would be truly happy if it was the only part I had to participate in (but sadly it's not). So I was a little surprised when I came up short on ideas for E and Z's stockings. I had M's pretty much wrapped up (though not literally 'wrapped up' since I don't usually wrap stocking stuffers), but I couldn't think what to get 11-year-olds. I put out an emergency call on Facebook and got lots of good ideas from friends, plus a couple of admissions of lackluster performance in the stocking-stuffer department. 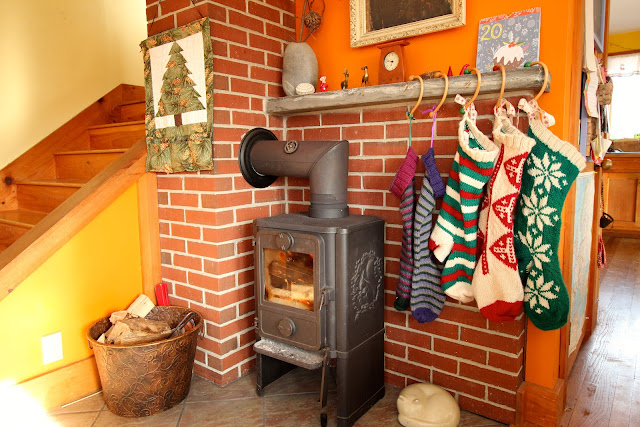 I thought I'd share here what I've gotten for each boy's stocking, just in case others are finding themselves fresh out of stuffing ideas. (I'm 99.9% sure my kids don't read my blog, but if I'm wrong, now would be a good time for them to go away and find something else to do).

First, M, who has always been easy to shop for because he has so many specific interests. For him I got a few CDs (French music because he's learning French and Harry Connic Jr. because he's developed an interest in jazz), guitar strings and picks, a new game (Fluxx—have you played it?), a tiny model kit, and some fun candy. There should be a book, too, but it hasn't arrived yet. And I'm thinking I might add some ski socks to the pile when I go out for the last round of shopping tomorrow. 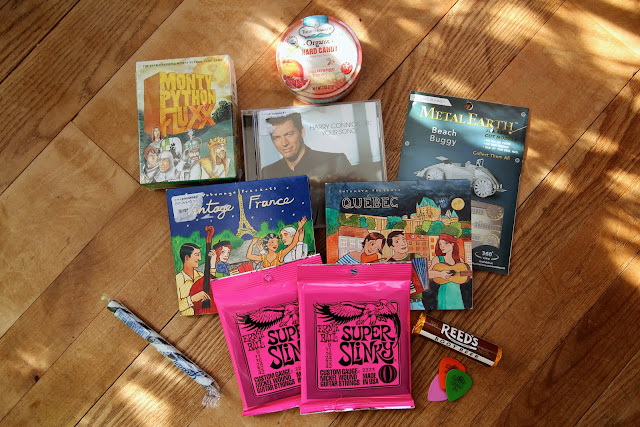 What I finally came up with for E and Z: wool knee socks, pencils, comic books, build-your-own wind-up robot and zombie kits, candy, and a lot of fun doodads from a store in Damariscotta called Fernald's —gyro wheel, whoopee cushion, duck whistle, "Super Awesome Trading Cards." I'm pretty excited about this haul, but also slightly nervous it won't all fit in the socks! 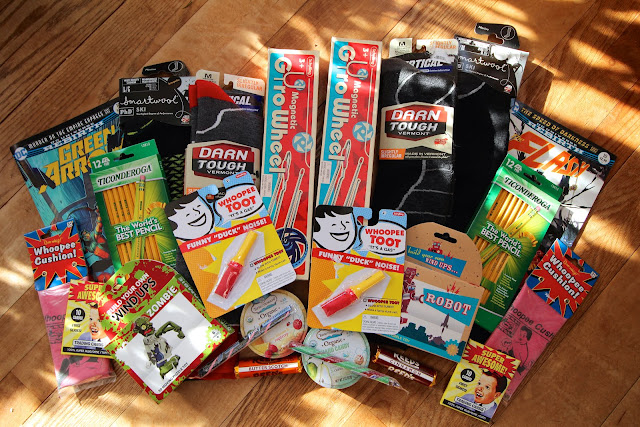 I won't show C's stocking stuffers here, because there's a slightly greater than 0.01% chance that he'll read this, but in years past, I've gotten him things like a book, a CD, good chocolate, a card game, a gadget of some kind, socks.

How about you? What are you stuffing into stockings? What do you hope Santa puts in your sock?