I made up a bunch of masks for a friend's medical practice a few weeks ago, and though by now everyone has probably made all the face masks, I thought I'd share my process, just in case you feel inclined to produce a few more. 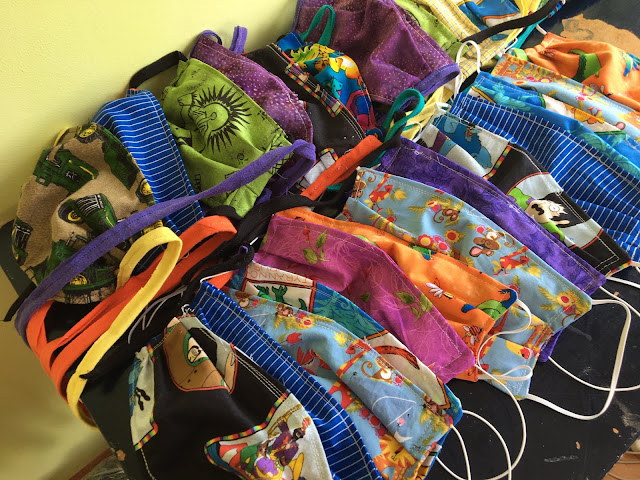 I started with this tutorial, using fabric and narrow elastic from my stash. I used anywhere from two to four pleats, and it didn't seem to make much difference in terms of how much they gathered up on the sides, because the more pleast I used, the smaller they were. I also just eyeballed the pleat width and did freehanded them (that is, I didn't use a ruler or pins) as I sewed. I don't think they'd win a 4-H sewing contest or anything, but they do the job. 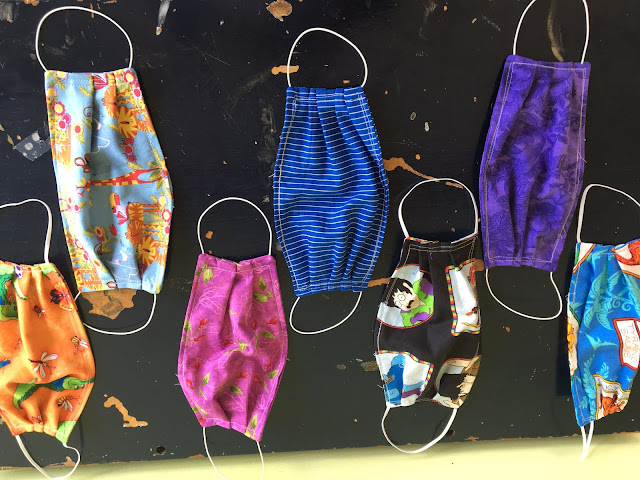 When I ran out of narrow elastic, I made ties using 1" strips cut from old t-shirts. At first I sewed these strips in half lenthwise in 40" lenghts and made sleeves along the outside of the (slightly wider) masks to thread them through. 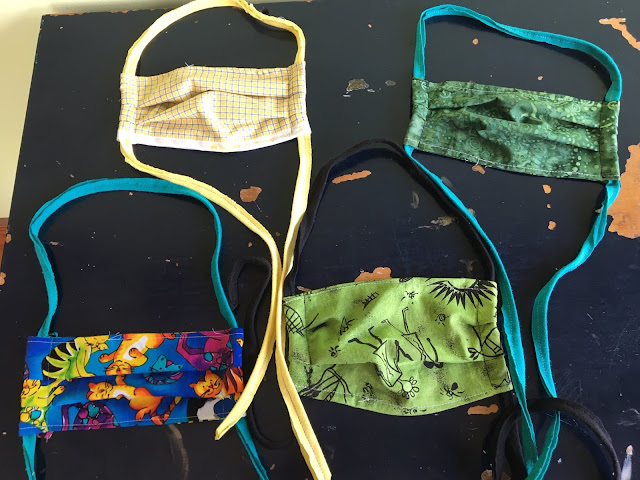 There were several things I didn't like about this design, not the least of which was the hassle of threading the strips through the sleeves, so instead I took strips about 27" (or half the circumfrence of an XL t-shirt), folded them over each side of the mask at the center and sewed it in half along the whole length. 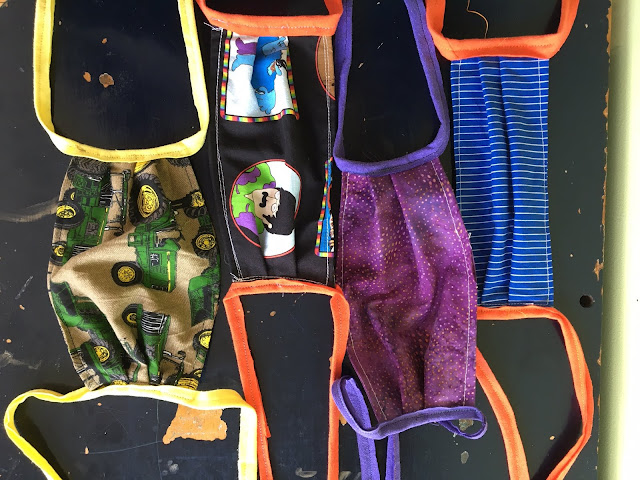 I got smart after the first whole bunch and used a narrow zig-zag so that the strips can stretch without snapping the threads of the seam. After washing, the eges of the t-shirt fabric curl over nicely and you don't have to worry about them unraveling, which makes them so much handier than trying to make your own bias tape. 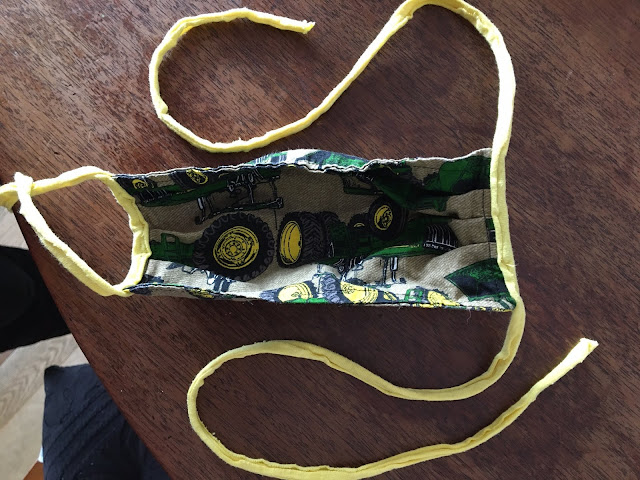 I ended up making about 30 masks, and I'm not gonna pretend it was a fun project. There were jammed bobbins and broken needles and lots of swearing involved. at one point I thought my machine went kaput until through a vigorous internet search I figured out the right place to oil it (under the bobbin casing). If it hadn't been for a good cause, I'd have thrown in the towel.

Most of them went to the medical residents at the local hospital. I kept one each for C and me for when we go grocery shopping and made several for M, who has to wear them at work at the farm store where he's boxing up curbside pickup grocery orders. 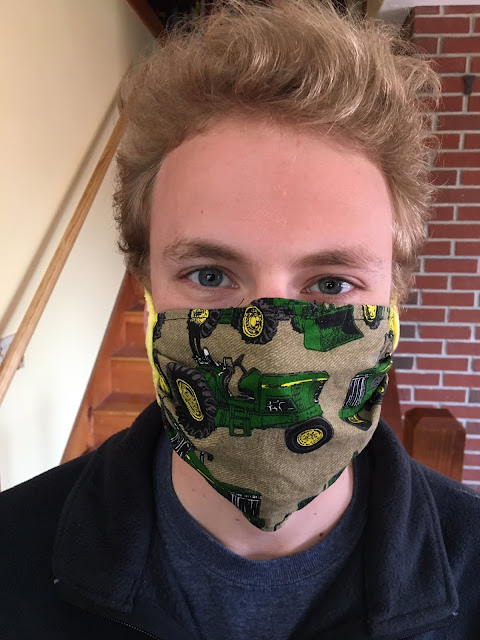