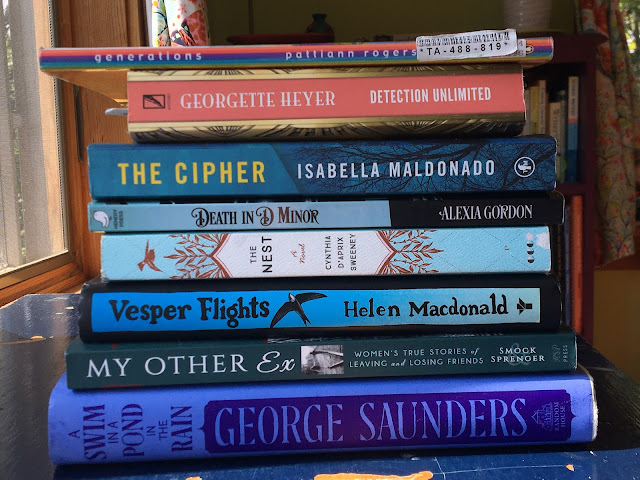 Oh, August was a read-ey month! I'm already feeling nostalgic about the time spent in the hammock with some of these titles (though today, the first day of fall, is warm enough to lie in the hammock, it seems like much more of an indulgence to do it in September than in the summer,  doesn't it? I'll have to change that mindset, before winter comes).
Poetry
I got briefly back into my habit of reading poetry first thing in the morning, with an older book by Pattiann Rogers, Generations. These poems are utterly gorgeous, though I have to admit to being at a loss as to what they were about most of the time. Though the language and the structure is all accessible, the themes are perhaps (though I'm not entirely sure) metaphysical.
Fiction
Last month's fiction was mostly of the mystery genre, with one older book, Detection Unlimited by Georgette Heyer, a classic whodonit, with a wry detective inspector and an entertaining if somewhat confusing cast of characters (a lot of them had names that start with H), and a good number of red herrings. The other two I picked up after I attended a (virtual) crime fiction conference this summer (the authors were panelists). Death in D Minor by Alexia Gordon is a fun cozy mystery, with a couple of fun ghosts, about an African American classical musician living in Ireland who finds herself caught up in art theft and murder. The Cipher by Isabel Moldonado is about an FBI agent who becomes the target of a serial killer. I usually prefer amateur detectives to police procedurals, but it was super interesting to see inside the workings of an FBI unit, and the main character was every bit as relatable as an amateur. This one fell just inside my disturbing/psychotic killer line. If you have a low tolerance for that sort of thing, you might want to pass, otherwise I'd gladly recommend all three of them to mystery lovers.
One non-mystery I read was The Nest, by Cynthia D'Aprix Sweeney. I picked it up in a Little Free Library in a friend's neighborhood several years ago--mostly because I was attracted to the robin's-egg blue cover--but never got around to reading it until now, which explains why I'm so far behind the times on this 2016 bestseller (but it's a book from the actual Stack, which is exciting!). I enjoyed this multiple point-of-view story of a family of four adult children grappling with the loss of their inheritance (the "nest" of the title), thanks to the reckless actions of one brother. It's a great example of many protagonists in one story, each having his or her own narrative arc, and each changing by the end (except, I would argue, the main protagonist who stubbornly refuses to change).
Nonfiction 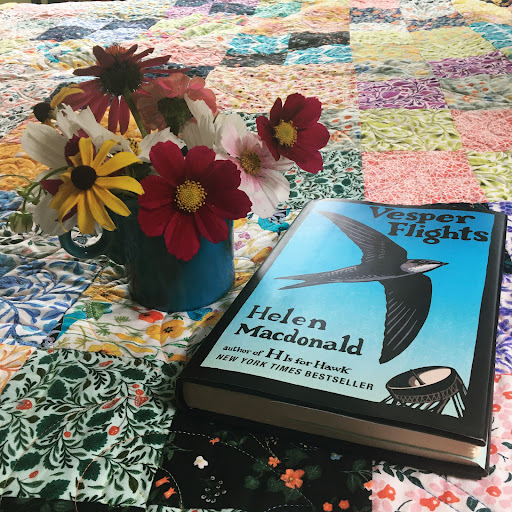 Two more books from The Stack--Vesper Flights by Helen Macdonald (author of H is for Hawk), which is a beautiful, melancholy, moving collection of mostly nature-based essays, and My Other Ex, a collection of essays about former best friends edited by Jessica Smock and Stephanie Sprenger. I really like anthologies where you can delve into numerous takes on the same topic. As with all such books, some of the essays are better than others, but overall I found it a strong collection that made me think more deeply about friendships I've let fall to the wayside over the years. 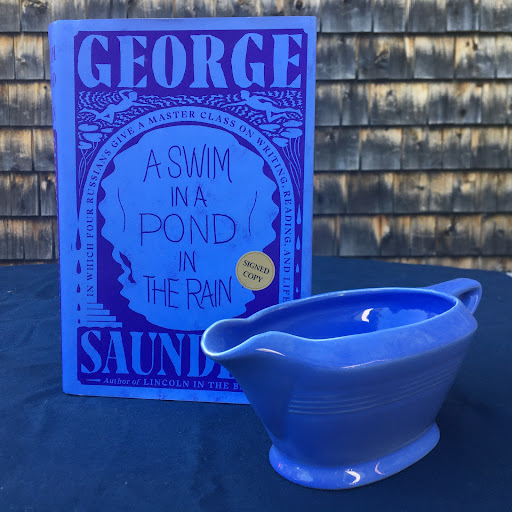 Finally, to round out July's swimming theme, I read George Saunders's A Swim in a Pond in the Rain, which isn't about swimming at all (except for a single paragraph of a Chekov story--"Gooseberries") but rather a deep dive into six lessons in short story writing from four great Russian writers. It's positively brilliant and beautiful and it makes me wish I could spend all my time reading and writing short stories.
Posted by Andrea at 11:21 AM