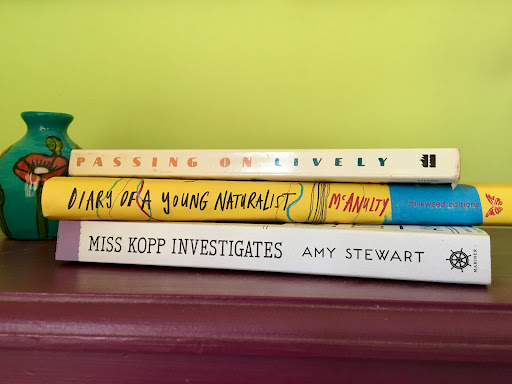 My reading goal for the last two years has been to get through this enormous stack of books that keeps migrating around my room, and so far I've done a really, really bad job of it. Many of them are books people have given me and aren't necessarily what I might have chosen myself, so I've found ways of avoiding reading them. But I've finally decided that the people who gave them to me did so for a reason--that they believed I would enjoy them--and I should stretch myself and try something different.
That's where the Penelope Lively book I read in October comes in, as well as this second one by her, Passing On. A friend, who has herself passed on, gave both to me many years ago. Like the last one, practically nothing happens in the entire book (although the thing that happens is maybe a bit more significant than the weight the author gives it; and in treating what happens lightly she also conflates homosexuality with pedophilia, which is problematic in the extreme, but I was willing to give her the benefit of it having been the "olden days" when she wrote it, but it turns out the have been published in 1999, which isn't so very long ago, so, ugh, I really can't recommend it, despite what I'm about to write in the rest of this paragraph). So, nearly nothing happens in the lives of the two main characters, who come off as dull, dull, dull, yet somehow I was drawn in and compelled to keep reading. Which seems to me to be a major writing goal--write a page-turning book about boring people who do and experience nothing of significance. In this way, I suppose Lively's writing is as realistic as you can get. 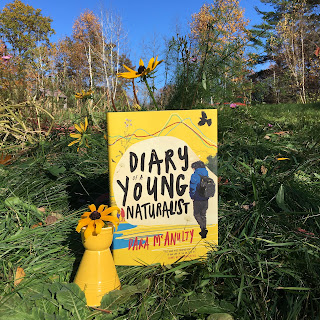 Now onto books I chose for myself. To help get me through the long, tedious drive across country, I read Diary of a Young Naturalist by Dara McAnulty, as a way of unwinding when I reached my hotel room each evening. It's a lovely, lovely paean to the natural world and cry for its protection from a bright young author from Northern Ireland, who writes with heartbreaking honesty about his love of nature, his autism, and his experiences being bullied for his atypical personality. If there are more teenagers like McAnulty out there (as far as I can tell, none of them live in my house), there might be hope for this world.
When I got home from my long, tedious drive back across the country, I sank into the latest Kopp Sisters novel, Miss Kopp Investigates, by Amy Stewart. I love how this series evolves, incorporating both historical facts and the author's imaginings, and bringing different members of the Kopp family to the fore with each edition (in this one youngest sister Fleurette gets to be the heroine). I also love to read a story about strong women characters for whom romance is not their primary (or even secondary or tertiary) goal or outcome. 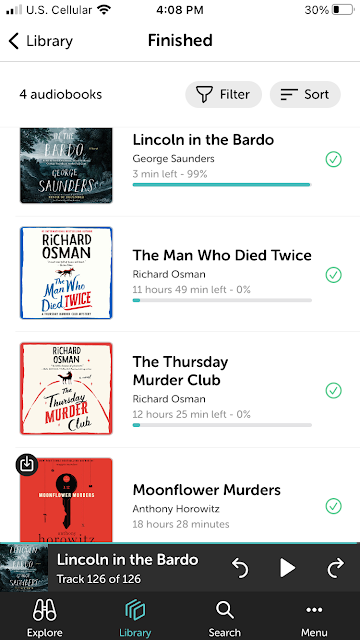 Finally, I listened to several audiobooks to help me get through that (say it with me) long, tedious drive across country and back, pictured in reverse order:
Posted by Andrea at 7:20 AM